Some much-anticipated highlights for this upcoming concert season. 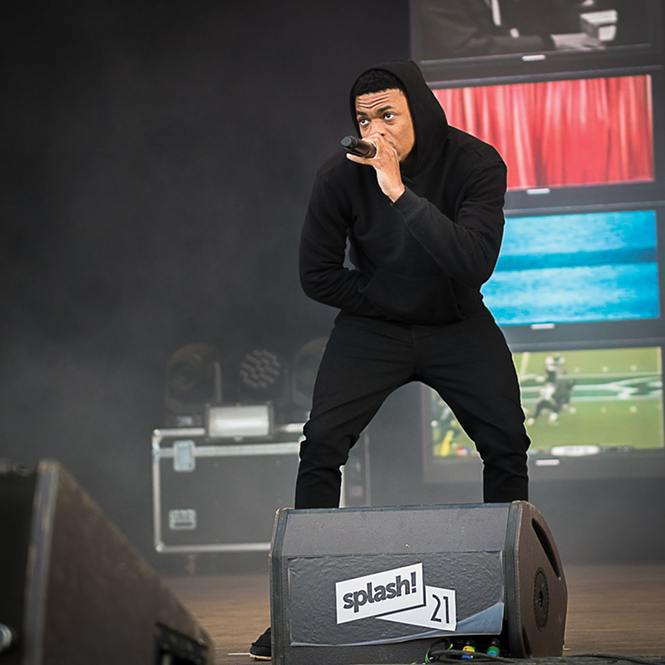 With summer ready to turn the chartreuse of spring into the darker green of heat-laden leaves and lawns, our writers and editors in the music section here at City Weekly are just as ready to consider what music and events will soundtrack our journeys into summer.

Warm Desert Nights in this Little City: Maybe it's because I was born in Reno, Nev., the "Biggest Little City in the World," but I think I have a thing for small cities. After spending a year cooped up in a Minneapolis apartment with the huge city bustling around me, a record-breakingly cold Polar Vortex swirling above me, and no means of finding shows I actually liked that didn't require an expensive Uber or a sober night of driving to get to, each day back in SLC has felt beyond relief. My new downtown apartment will allow me to enjoy the evening air and walk to shows, such as those at my favorite place, Diabolical Records. There, I'm excited to catch an underground favorite of mine, NYC's Haybaby, later this summer. (Erin Moore, music editor)

Sonic Summer Sets. Getting some vitamin D via the sun after a winter of layers, boots and slipping on ice is always something to look forward to. When the weather breaks, people you haven't seen in months suddenly pop up out of hibernation—you see them at Salt Lake City events like Living Traditions, Bike Prom and the Twilight Concert Series. Twilight has always been one of the highlights of my summer schedule. I've seen The Roots, Nas, Lauryn Hill, Anderson .Paak, Wu-Tang Clan, De La Soul ... the list goes on. This year, the act I'm most looking forward to is Vince Staples. Catch me on the "Norf" side of the plaza having "FUN!" on Aug. 8. (Keith L. McDonald, writer)

Another Year, Another Flaming Lips Extravaganza. I'm really excited to see The Flaming Lips at the Ogden Amphitheater as part of the Ogden Twilight Series for the second time this July. I first saw them last summer, and they entirely lived up to their hype as one of the best live acts currently going. Giant inflatable robots, animatronic unicorns and frontman Wayne Coyne's iconic human-sized hamster ball made the night one of the most engaging and spectacular concert experiences of my life so far. This year's show is looking to be an even bigger spectacle, taking place the night before the worldwide release of their 15th studio album King's Mouth. I'm looking forward to hopefully seeing some of the new material performed live, as well as Lips classics like "Race for the Prize" and "Fight Test." (Nic Renshaw, writer)

Hugh Jackman: The Man, The Music, The Show. While the youngsters are getting ready for whatever the crazy youngsters are into these days, I'm hoping to get my slightly-more-old-fashioned groove on. Hugh Jackman might still be best-known as the X-Men's ferocious Wolverine, but the actor is also doing his single-handed best to bring showtunes back into the pop mainstream. His solo performance tour (July 11-12 at Vivint Smart Home Arena) finds him sharing some of his Broadway favorites—including his Tony Award-winning role in The Boy from Oz—and Great American Songbook standards, as well as songs from his own Oscar-winning hit The Greatest Showman. That's my idea of the greatest show. (Scott Renshaw, editor)

A College Grad's First Summer of Freedom. Summer 2019: a post-grad summer for this new journalist. This summer will be busy spent at a recurring event that is a Salt Lake City favorite: the Twilight Concert Series. The concert series includes a solid headliner for those who were in high school around 2010 in the duo Hippy Sabotage. My nights will be filled with numerous outdoor concerts followed by bar hopping and going to see some rad local bands and DJs, plus dancing to charged EDM at Sky before wandering to Pie Hole for a deliciously greasy late-night slice of pizza. My friends and I will also enjoy not having to worry about storing our coats or layering up for the frigid walk from bar to bar. (Kara Rhodes, writer)

Comebacks Galore. This summer marks the long-awaited return of Bastille, some of the best live performers I've ever seen (thrice!). Their new album (Doom Days, June 14) focuses on the current state of the world and is sure to be full of thoughtful lyrics and the layered sound aesthetic Bastille is known for. Also, there's a reunion we didn't even dare to hope for: Jonas Brothers are back with not only a handle on how to style their curly locks but new wives and a new lease on their creative lives. Lead single "Sucker" and its subsequent album Happiness Begins—which celebrates love, madness, joy and color—is a great indicator of what's to come. I, for one, cannot wait to hear more. (Amanda Taylor, writer)

Time Flies When it Comes to Shows. Oh man. The thing about me is that I don't really plan ahead. Present me simply can't comprehend the future me I'll be a month from now. This means I've already missed out on tickets to Lord Huron at the Red Butte concert series in August. (Three months away! It might as well be a decade.) Luckily, there are still plenty of options on the table for summer shows. Ogden Twilight has a killer lineup: Deerhunter! The Flaming Lips! Matt and Kim! Phantogram! Iron & Wine! Looking a little closer, I cannot wait to see Tacocat in June at Kilby Court. And I'm looking forward to exploring more great local music with a lil' help from Parker Mortensen, who runs SLUG Magazine's Soundwaves podcast. (Naomi Clegg, copy editor)