Looking back on 26 years of restaurants and reviews. 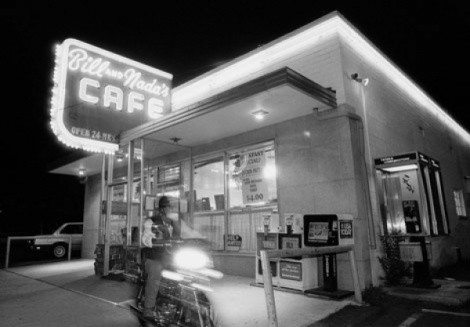 Many—far too many—Utah restaurants have come and gone in the 25-plus years since the Private Eye/City Weekly came into existence. And, while I hate to see any restaurant meet its demise—because it always signals the end of someone’s dream—there are a few shuttered eateries that always left me hungry for more.

One of Salt Lake City’s culinary cornerstones for 30 years was the late Max Mercier’s Le Parisien restaurant, which featured continental fare like escargot and Chateaubriand, and waitresses that hung with Max from opening day. Le Parisien never offered cutting-edge cuisine, but provided comfort and warmth with every meal. I also miss the short-lived Tenderfoot, a Heber bistro opened by Mercier’s nephew Jeannot Mercier, who now works with Gastronomy. Another restaurant with European roots—and my wife’s favorite—was The Heidelberg, a German-themed restaurant in Farmington that operated from 1960 to 1990. Yet another nod to Continental Europe was Joe Jafarian’s Chenez, a formal French restaurant in Park City where cell phones weren’t allowed and where every civilized meal began—properly so—with a glass of Champagne.

Staffan and Kimi Eklund’s (now owners of Kimi’s Mountainside Bistro at Solitude) Absolute! restaurant provided downtown diners a little slice of Sweden with enticing offerings like the Stockholm Sunrise, toast smogen, veal roulade and, of course, Swedish meatballs. Right next door, chef Rosanne Ruiz (now co-owner of the Chow Truck) turned out dishes like purple potatoes and goat cheese gallettes with smoked salmon and caviar at the bustling Capitol Café. In the space that is now Martine, the art-themed Café dell’ Arte arrived way ahead of its time with dishes such as rack of lamb with parmesan-lavender braised fennel and ravioli with orange-cilantro-ginger cream. Ditto both the Globe By Moonlight and the recently-closed Tipica, where the uber-talented Adam Kreisel always seems to be a decade ahead of his customers. Someday, Kreisel will find his niche; I just have the feeling it won’t be in Utah.

If there is a restaurant I miss more than any other, it’s probably the original Il Giardino, which was located on Heber’s Main Street in a tiny stone house, but felt like it was situated on a Tuscan hillside. Such was the marvelous fare of chef Paulo Celeste, who made the best gnocchi pomodoro I’ve eaten to this day. In nearby Park City, business partners David Berkowitz and Scott Albert did blow-your-mind custom dinners at Campagne, while Thea Leonard bowled customers over at Thea’s, in the Treasure Mountain Inn, with her refined cuisine and passion for cooking and hospitality. Finally, does anyone remember Valhalla at Stein Eriksen Lodge in Deer Valley? At that exclusive eatery, tucked away in a quiet corner of Stein’s Lodge, chefs Gerard Brunett and Brandon Jaenish served up pieces of heaven with dishes such as Napoleon of duck confit; house-smoked Arctic char with white truffle oil; seared squab and potatoes Anna; foie gras with Fuji apple crisps; and diver scallops on potato pancakes, topped with Osetra caviar and chervil creme fraíche. Good lord, that place was decadent.

In another type of lodge, this one adjacent to Ruth’s Diner in Emigration Canyon, owners Curtis Oberhansly and Richard Hunt created Santa Fe Restaurant and Cactus Club, a sprawling, rustic restaurant and private club which featured one of the best decks on which to dine in summer. Chef Don McCradic’s blending of Northwest, Southwest and California cuisines featured locally-grown (often from Santa Fe’s own garden) produce and herbs, resulting in wonderfully tempting menu items like brown sugar-and-chile-cured flank steak with forest mushroom macaroni and cheese, or PEI mussels in ancho chile and roasted garlic broth. I hope wherever they are, the owners have forgiven me for spilling red wine all over a pristine white tablecloth; having too much fun was one of the happy consequences of visiting the Santa Fe. 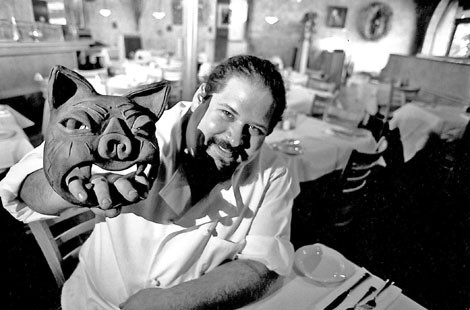 Many of us have still not quite come to grips with the recent passing of Garry Maxwell, who graced the kitchens of also-departed restaurants like Fuggles and Panache. But, I think Garry was at his best in the one restaurant that was his own: Café Bacchus, where the tiramisu always had too much ouzo (Garry was nothing if not over-indulgent), but no one cared because whenever Garry was in the kitchen, a party was always on the verge of breaking out.

Some of the places I miss the most weren’t highfalutin culinary Taj Mahals but, rather, down-to-earth dives with rib-sticking food that was simply irresistible. I’m thinking of spots like Bill & Nada’s Cafe, where Maxine dished out patty melts, liver and onions, chicken fried steaks and, of course, calf brains and eggs, and you could hear “Come Together,” “Puff the Magic Dragon” and “Sixteen Tons” all on the same juke. In the ZCMI food court, for a brief and wonderful time, a guy named Keith Hunter cooked up sensational blackened redfish, shrimp and okra gumbo, chicken and sausage jambalaya and shrimp etouffee at my beloved Café Creole. Marco Schlenz’ Bubba’s restaurant also served up killer etouffee, along with meatloaf on white bread with gravy and excellent hickory-smoked chicken in a lively, roadhouse atmosphere. And, for chili, there was really only ever one contender: Elvis Nixon’s Chili Palace in Sandy offered a choice of five different smokin’ chili selections daily, along with incendiary “voodoo” bananas on the side—sliced bananas with a habañero-brown sugar glaze.

What about you? Any eateries you loved and still mourn?