Why hasn't Mark Yowell been released? 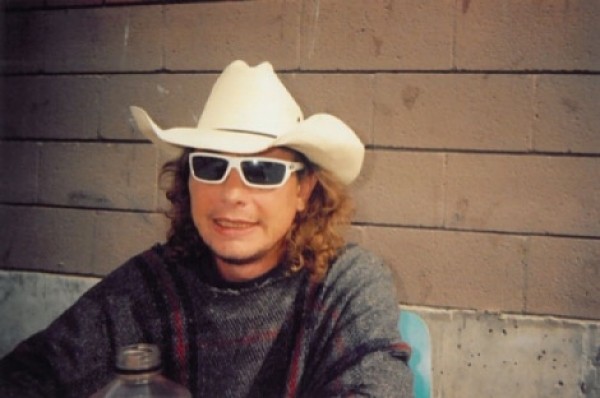 Karen Baldwin wants to marry her boyfriend, Mark Yowell. The only problem is that the government, which held him first in the Salt Lake County Metro Jail for four months and for more than a year in the Utah State Hospital in Provo, has yet to release him.


Yowell, 37, has lost 20 months of his life to the criminal-justice system and the Utah State Hospital over a case filed by the Utah Transit Authority alleging that he stole bus transfers during a May 2010 argument with a bus driver.


On Feb. 27, 2012, a 3rd District Court judge dismissed the case against Yowell after the state hospital had been unable to render him competent for trial. According to the court docket, the judge would also not “proceed with commitment proceedings.”


But if Baldwin expected him to be released, she was sorely disappointed. She claims that instead, Utah State Hospital intends to civilly commit him. Civil commitment typically takes place when a mentally ill individual is determined to be a threat to himself or others.

Sollis says the department cannot comment on individual cases. Indeed, it cannot even confirm whether Yowell is held there or not. City Weekly requested to interview Yowell, but the Forensic Unit allows only relatives, attorneys and clergy to visit inmates and patients.


“Mark’s fallen between the cracks. Nobody’s fighting for him with any credibility,” says John Netto, a wealthy businessman, philanthropist and advocate for the homeless and mentally ill who can often be found handing out cigarettes and candy to street residents from his car.


Sollis notes that patients do have Utah State Hospital-employed advocates to speak for them, and that patients can appeal if the hospital asks a judge to civilly commit them.


“[Civil commitment] isn’t punishment, it’s treatment,” Sollis says. There’s also no time limit to how long someone can be held there.


“Mark doesn’t understand why they keep holding him,” Baldwin says. “His competency is not going to get any better. He’s done all the classes they asked him to do and passed them. Since November [2011], he’s been working at the hospital, cleaning. He’s risen up the ranks as far as he could.”


Baldwin, who says she speaks on the phone with Yowell about every other day,Â  recalls Yowell telling her in the days after the criminal case was dismissed that he might get out in three months. “Might, might, might,” she replied in exasperation. “Might was last June, December and February,” when he had hearings in 3rd District Court about his competency. “Might means nothing to me. Another three months time this comes around again, you will have been locked away for two years of your life, over what? For a crime you did not commit.”


Why the alleged theft of bus transfers by a schizophrenic would result in such a serious second-degree felony charge isn’t clear. The screening of the case by the District Attorney’s Office and resultant charge took place under the administration of former Salt Lake County District Attorney Lohra Miller. Her successor, Sim Gill, says, “Is this the most egregious robbery I’ve seen? No. Can it technically fit in [under robbery]? Sure. Should it have been filed?” That comes down, he says, to prosecutorial discretion.


Netto met Yowell and Baldwin on the street, months before Yowell was incarcerated. Two years ago, he recalls, “Mark had his own apartment, he was taking his own medication, he was bathing and eating.”
Represented by public defender Lisa Remal, Yowell was held for four months in the Salt Lake County Jail while the court attempted to establish whether he was competent to stand trial. Remal declined to comment.


Yowell refused to take medication for his schizophrenia in jail because he didn’t trust his jailors, he told Fruhwirth. “They locked him up for 23 out of 24 hours a day,” in the health-services section and then the maximum-security unit of the jail, Baldwin says. When a psychiatrist went to see him at the jail, she says, Yowell refused to talk to him.


Yowell was supposed to go to mental-health court, which Gill was instrumental in setting up. Two judges work on cases involving mentally ill persons who are deemed legally competent and, through treatment, can be kept out of the criminal-justice system. But those who are deemed not legally competent, as Yowell was in November 2010, can be sent to the Utah State Hospital in Provo for treatment at the forensic unit to see if they can be rendered competent to stand trial.


During the following months, Yowell’s case came before several 3rd District Court judges in six-month intervals to see how his competency was progressing, prior to the case finally being dismissed in February 2012.


After reviewing Yowell’s docket, Gill says that Yowell, while representative of a population that does “sadly get lost in the criminal-justice system,” has actually been moved through that system at a relatively quick pace. “Other types of cases can linger on even longer,” Gill says.


“We fail [Yowell] as a society when we fail to provide adequate care or access to medical care that is necessary to some of our most vulnerable individuals,” Gill says. “That failure leads to the criminal-justice system being relied upon to fill the breach.” He notes that out of a typical daily population of 2,000 people in the Salt Lake County Metro Jail, a conservative estimate is that 17 percent, or 340, are mentally ill.


Warehousing a mentally ill individual at the Salt Lake County Jail costs $35,000 to $40,000 a year, he adds, and that’s without medical costs.


“We as taxpayers are paying the most premium dollar to fund our neglect,” he concludes.


Netto speculates that the only reason the Utah State Hospital keeps Yowell is money.


DHS’s Sollis says, however, “We don’t make any money off the state hospital. There’s no benefit financially to keeping him there.”


A 2008 state audit noted that counties pay for the $414-a-day forensic-unit bed only after the court rules the individual competent and until they are transported to the jail.


“The reason [to keep him in the forensic unit] is to protect [the patients], themselves or the community,” Sollis says.


“What makes Mark so special?” Baldwin says she asked a prosecutor. The answer she was given, she says, was “robbery.”


“Robbery of what?” Karen asks. The answer, it seems, is bus transfers.


Baldwin just wants him out of the system. “They’ve got him locked up out there and there’s not a fucking thing he can do about it. Really, how long is this going to go on?”Â