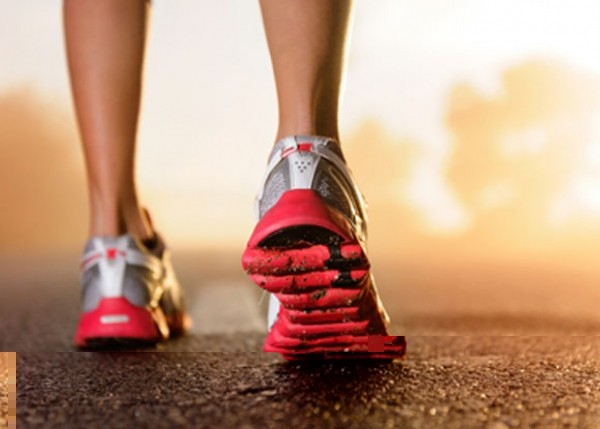 Is there anything worse than getting out of bed in the morning?

It’s not that I don’t like my job—I do. But everything sucks compared to sleep. There’s nothing as beautiful as that fuzzy moment of being half-awake, peering at the clock and thinking, “Yes. Still five hours till the alarm goes off.” When choosing between making coffee or an extra seven minutes of lying in bed, sleep wins—it’s a no-brainer, even if the seven minutes are spent feeling angry about having to get out of bed at all.

A lot of things are objectively terrible even when they’re not put up against the impossible-to-beat sleep. Take running, for example. God, it’s awful. There is no part of running that’s enjoyable—lungs gasping for air, heart pounding, tired legs clumsily striding, and a constant mantra repeating in my brain: You are not good at this. You are failing.

As a kid, the days when we had to run the mile in gym class were looked toward with a sense of sick dread; I entertained fantasies about getting into some kind of heroic accident that would leave me cosmetically sound but physically unable to power myself around the track. For me, “real” running, as a sport or whatever you want to call it, started in spring 2012 at age 25, after my sister the super-athlete, who did a triathlon while she was seven months pregnant, sent me a bunch of cute running clothes and asked me to sign up for a 10K (that’s 6.2 miles to you lowly nonrunners).

The first days and weeks on the treadmill were brutal. Initially, it took all I had to run for one minute straight. A few months later, it was possible to run (slowly) for 20 minutes without stopping. Focusing on the scheduling aspect of it helped—systems and to-do lists keep me sane and distracted. Three miles on Thursday. Check. Five miles on Saturday. Check. Onward and upward.

And here’s the weird thing. I started to love running—or, at least, like my life better when running was part of it. I don’t think I’ve ever experienced runner’s high, and as a short-distance runner—my longest run so far is seven miles—the mythical second wind still eludes me. But I thrive (after the fact, especially) off of pushing myself and succeeding. On the days that include a run, I at least have one thing to look at and say, “I did that, and it’s done.”

I ran two 10Ks in 2012, but then I got busy and it got cold. I’m not a runner from a Nike commercial who can just throw on my shoes and run out the door. There are a lot of onerous, conscious decisions that lead up to that moment of “Yes! I ran seven miles!” while the decision to just go straight home and go to bed after a long day of work is a quick and easy one.

Life is just simpler when you live it like an animal with a highly efficient process of experiencing pleasure and avoiding pain—a rat, maybe—satisfying each split-second urge as it fires through your brain. Office donuts for lunch? Well, they’re there, so why not? Should I go to the bar for a few beers and a plate of nachos after work? Well, hell, I’m a decent human being; I worked a job today and I didn’t commit any crimes, and thus deserve to be rewarded accordingly and immediately.

It gets easier to say yes to sweatpants and snacks while saying no to exercise, housework or leaving the house once the work clothes come off. Hygiene? Friends? Who needs ’em? I’d prefer to lie on the couch till 1 a.m., tweeting self-deprecatingly about lying on the couch—everybody wins.

Well, except me, in the long term. All of those moments of self-indulgence add up to ... not much, really, except for a few pounds, which only exacerbate the problem. Before I know it, it’s March and not even napping gives me joy anymore.

Commercials and movies tell us that life is about the moments. Running equals the exhilarating moment of sprinting through the rain in a long-sleeve Under Armour zip-up, puffs of breath synchronized with the pounding of feet on the pavement. Working at a newspaper equals striding through downtown in high heels, holding a file folder and a cup of coffee in a scene straight out of the zippy montage from The Devil Wears Prada.

But life isn’t a collection of these perfect, discrete moments. Every moment, every choice, bleeds into the next. Not every moment can be a perfect payoff. Waking up in the morning and getting into my gym gear is a painful process—Every. Single. Time.

And it still doesn’t always work out, even when I’m forcing myself into good habits. Sometimes I put on my gym clothes in the morning and head into work with the goal of getting some necessary stuff out of the way before hitting the gym at 9. Then there are fires to put out, and I end up hiding behind my desk as much as possible throughout the day to conceal the fact that I’m wearing neon shorts.

Each day is made up of a lot of unfulfilling, even painful, moments, usually made worse if you’re wearing neon shorts while they happen. But that’s how you get through life—doing what you love, even when you hate it, even when it sucks.

And it’s nice to actually earn that end-of-the-day beer once in a while.