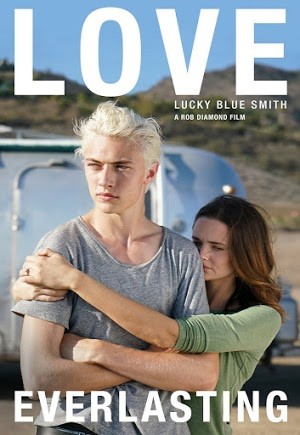 ★★★★★ ★★★★★
Local writer/director Rob Diamond (Wayward: The Prodigal Son) applies his earnest “Utah values” style to a genre where it actually seems to be a perfect fit: teen romantic drama. High-school senior Bridger (Lucky Blue Smith) and his mother (Emily Procter) flee his abusive stepfather in Missouri with only a few dollars to their name, and wind up broken-down in small-town Utah. There they find a helping hand in a kindly local widower (Shawn Stevens), whose daughter Clover (Christie Burke) was left physically scarred by a tragic accident. There’s nothing groundbreaking in the way Diamond dives into the union of wounded souls Bridger and Clover, but the performances are generally strong, particularly Burke and Austin R. Grant as the kind of vacant-eyed bully most high-school survivors recognize. It’s a solid enough slice of melodrama that unfortunately peaks too soon, leaving a final 20 minutes that feels more like an extended coda, and suggests that Diamond might have had a much stronger script if he’d made it clear early on that this is really Clover’s story, much more than Bridger’s. By Scott Renshaw

Sorry there are no upcoming showtimes for Love Everlasting