With a little spit shine and elbow grease, the Lumpy’s crew has transformed the former Club Allure into the brand-spankin’-new Lumpy’s South (8925 Harrison St. [300 West], Sandy). Like its sister locations, Downtown and Highland, this Lumpy’s will ultimately fall into the sports-bar category. However, on Friday and Saturday nights, the bar will morph into club mode for what is being dubbed Lumpy’s After Dark. Some of the new renovations include a $50,000 sound system, a VIP area with bottle service and a grip of new suds on draft. For all you Allure Idol fans, fear not, Lumpy’s South will be keeping the popular Wednesday and Saturday karaoke nights, along with the quarterly cash prize karaoke contest. Check out the new digs this Thursday for the official grand opening starting at 6 p.m. (Photos: Mike Fuchs) 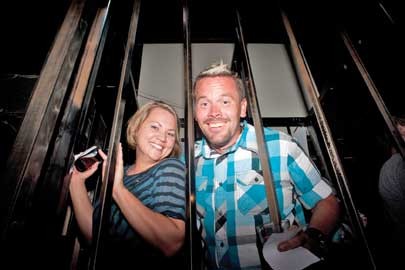