Drew Call's stake president would not renew temple recommend based on Call's association with gay people. 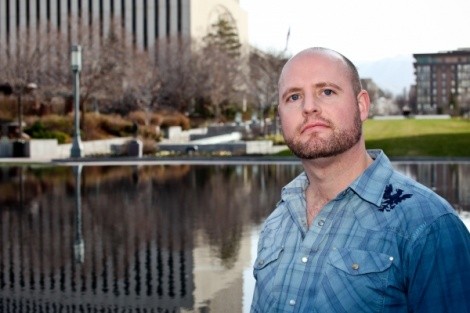 The Church of Jesus Christ of Latter-day Saints’ official policy is to accept gay people as members of the church so long as they take what is, in essence, a vow of chastity. But one Salt Lake City man, a church employee for more than a decade, is surprised and angered that he lost his temple recommend—a prerequisite for employment in the church—after he refused to give up his gay friends and was fired.

Drew Call, 32, a returned missionary who is gay, was a supervisor in the church’s printing department until March 4. At a February private meeting with his Salt Lake City stake president—who declined to be interviewed—Call says he was asked to abandon his gay friends as a condition for renewal of his temple recommend. Surprised and fearing people may not believe him, Call surreptitiously made an audio recording of the follow-up meeting in March so there could be no doubt about what happened.

“I want people to know that [the LDS Church] is targeting people unfairly,” Call says. “I do believe they wronged me.”

Hoping to avoid the situation he now faces, Call had been looking for a new job for more than a year anyway. In this tough economy, however, it’s been difficult. The divorced father of two wanted to stay in the church’s good graces long enough that he could resign with dignity and financial security. The recording makes clear that Call’s association with gay people was the problem.

Call served a mission in Massachusetts from 1997 to 1999 and got married at 24 to a high school classmate even though he wasn’t attracted to women. Raised in Layton, he wanted children and felt being gay was evil. “I thought getting married would fix it and this tendency to like men would go away, but it never did,” he says.

He chatted online with gay men occasionally starting in 2008 as his marriage started to fall apart over financial issues and growing distrust. He was too afraid of sexually transmitted infections—and passing them on to his wife—to actually have sex with a man, he says.

In April 2009, he filed for divorce. Unbeknownst to his stake president, he started secretly dating men. In October 2009, he started swimming with QUAC, the Queer Utah Aquatic Club, after meeting a coach at the gym. Still not completely honest even with himself about his homosexuality, he went to a party where he was “warned” the attendees would be mostly gay men. When he arrived, the host asked Call if he is gay or straight. Call said he was gay. “That was the first time I admitted it,” he says.

In April 2010, the already-strained relationship with his parents grew more painful when they were told—not by Call—that he was gay. They were not accepting of it. He felt shunned at church and was still unsure if rumors were spreading about his sexuality or if it was just that he was divorced. His job was in jeopardy because of his small, secret steps toward living openly as a gay man. His only strong allies with whom he could be totally honest during a painful divorce, crisis of faith and job insecurity were his gay friends, many of whom had had similar experiences. “I had no idea how many great people are in the gay community,” he says. “I have better friends than I’ve ever had in my life and I’m happier.”

That made his stake president’s demand that he abandon those friends inconceivable.

On the recording, the stake president expresses concerns that Call recently had taken his daughters to “gay bingo,” a monthly charitable fundraiser hosted by the Utah Pride Center and the drag/comedy troupe Utah Cyber Sluts. “I think it’s inappropriate to take children, and I really think it’s inappropriate for you to go, myself, to this gay bingo,” the stake president says on the recording. Later, the stake president says of the gay community, “They are conducting themselves in a manner that is definitely in opposition to teaching and practices of the gospel. I’ve talked to you about this, about your association with [gay people]. Last time you left here, you were willing to give up your four, or so, individuals.” Call responded that he’d thought about it, but wasn’t willing to give up his gay friends after all.

To receive or maintain a temple recommend, Mormons must answer certain standardized questions. The stake president says on the recording that the question Call could not answer honestly asks, “do you support, affiliate with or agree with any group or individuals whose teaching or practices are contrary to or opposed to those accepted by The Church of Jesus Christ of Latter-day Saints?” The stake president goes on to say that that question applies to Call’s gay friends “because of the moral decay that is going in the world and that’s part of it. The church opposes the relationship between a man and a man and a woman and a woman, and you’re associating with those individuals. I don’t know how to get around that.”

“So what are you going to do?” Call asked.

“You’re going to have to look for a job,” the stake president replied.

In an e-mailed statement, LDS Church spokesman Scott Trotter said, “All church employees are required to have a current temple recommend. Worthiness to hold a temple recommend is determined between each individual member and his or her local ecclesiastical leaders.”

That’s the problem, says Dave Melson, president of Affirmation, a group for queer Mormons. The Maryland-based president of the national organization complains that LDS Church discipline in regards to homosexuality is inconsistent and often unfair. “You can go to one ward where you can be openly gay and your husband can hold a church calling [but] you go to the next ward over where you can be excommunicated simply for being gay. I’ve seen that literally,” Melson says.

Melson’s group is working with the LDS Church to develop training manuals for ecclesiastical leaders on how to respond to gay issues.

In 2008, the LDS Church supported passage of an employment nondiscrimination ordinance in Salt Lake City that—if it did not contain a religious exemption—would have made Call’s firing illegal. Brandie Balken of Equality Utah said Salt Lake City’s employment nondiscrimination ordinance—now duplicated in 11 Utah municipalities—protects workers from being fired for being gay, being perceived as gay or even just for associating with gay people. Balken said virtually all nondiscrimination laws across the country exempt religious organizations and that Equality Utah has not worked to change that. “The religious exemptions have consistently been in deference to the First Amendment of our Constitution,” she says.

“It came as a big surprise that I couldn’t have gay friends and have a temple recommend,” Call says, stating there’s no explicit rule in LDS doctrine that you can’t associate with gay people. He’s not planning to fight the decision, however. Instead, he’s focusing his energy on finding a new job so that he doesn’t fall too far behind on his child support.