Maria Taylor's new album is and isn't about motherhood 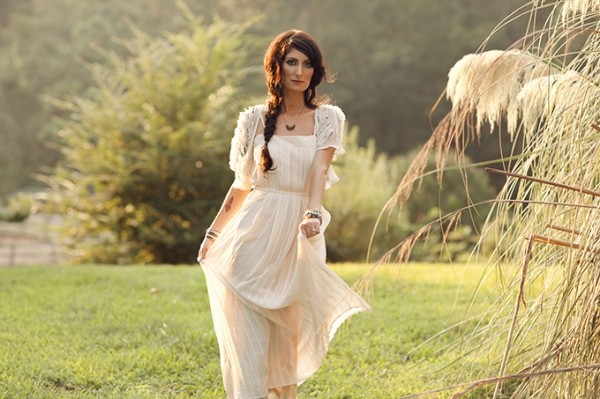 Motherhood has changed how Alabama singer-songwriter Maria Taylor looks at the world, but she knew she had to rein in her doting enthusiasm if she was going to make her new record, Something About Knowing, fly.

“I started worrying that the album [would get] pigeonholed as just a new mom/baby record,” Taylor says. “When I started writing these songs, the first two were “Up All Night” and “Lullaby,” and they were about motherhood, my son and this new life experience. And then I said, ‘I need to search within myself and find some other things to write about that other people can relate to.’ ”

On Something About Knowing, Taylor—who’s collaborated with Conor Oberst, Moby and other notables—pries herself away from odes to her son long enough to tackle more universal subject matter. The easygoing mid-tempo title track extols the virtues of a simple life, while “Broken Objects” explores the fragility of human nature and the struggles we endure. But “Up All Night” exemplifies the balance she sought to create, both thematically and musically; just as she did not want the album to have one common theme, she did not want this song to be stereotypically languid and soothing, so she tossed in a meaty electric-guitar riff.

“I definitely wanted some balance on that one,” Taylor says with a laugh. “What I told [producer] Mike [Magis] with that song was, ‘I don’t want it to be too precious.’ … So, I wanted to give it an edge.”

And if that riff sounds familiar—let’s call it a kissing cousin of The Beatles’ “Revolution”—it ought to.

“It’s definitely a nod to The Beatles,” Taylor says. “Mike used a mixing board which was George Martin’s—The Beatles’ longtime producer—and then we did the exact same thing with that guitar. We just plugged the guitar straight into the board and used the distortion from that. That’s how The Beatles got the same sound for that song, so we actually used the same board that The Beatles used.”

Maybe Taylor isn’t starting a revolution from her bed, as Oasis once sang, but given the inherent responsibilities associated with motherhood, making time to record this album was definitely a challenge.

“Every minute I had to myself, I would run down to my little studio room and try to record ideas and demo them,” Taylor says. “It took about a year, which is longer than it normally takes me.”

At first, even after writing “Up All Night,” Taylor wasn’t sure she still had it in her to keep writing songs, so at that point, she was just thrilled to know she could still write one.

“I really wasn’t thinking much beyond the fact that I was just happy I had written a song, because in the middle of [everything], I was thinking I might never have the time or energy to write ever again,” Taylor says with a laugh.

Taylor’s subsequent decision to avoid making an album filled with nothing but ooey-gooey love songs to her son may prove to be one of the best choices she has ever made, but that is not to say she does not value her family or her life experiences. In fact, Taylor largely thrives on the personal, intimate feelings that pervade virtually every aspect of her songs.

“Most of my songs are just like journal entries,” Taylor says. “I couldn’t have more of a personal connection to them. I usually have all my family and friends play on them, so it feels like this time capsule. I’m sure I’ll listen to some of the songs from this record years from now and still feel the butterflies I was feeling when I was writing this because everything was so new and beautiful in my life at that moment.”