The LDS Church’s media boss seizes control of everything. 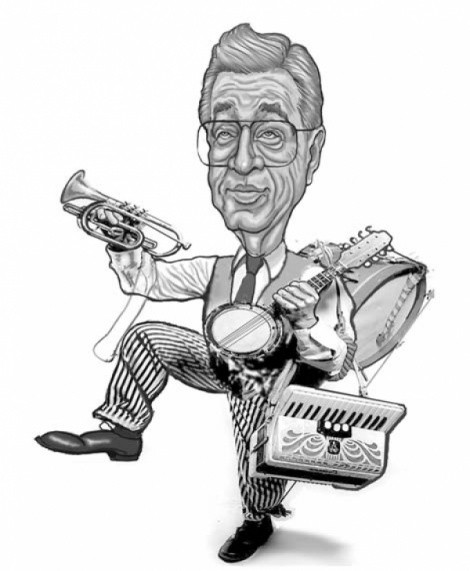 It’s good to be back in the Deep End. For a while, it looked as though the LDS Church had successfully taken over City Weekly, and I was in the process of reinventing my role at our reborn publication.

All of us at the paper even had a productive come-to-Jesus meeting with Elder Mark “Bud” Willes, the former Cheerios poobah and failed publisher of the Los Angeles Times, recently installed as CEO of Deseret Management, the corporation that runs the Church’s vast commercial enterprises, including media entities like the KSL Broadcast Group.

I got along so well with Elder Willes—he immediately asked me to call him “Bud”—that after the deal to buy out the paper fell through, he offered me a job as his personal assistant and life coach. Alas, after a few weeks of intense interaction and mutual personal growth, we came to a parting of the ways, though we have maintained friendly relations. Let me tell you, the man is a human dynamo! He is particularly passionate about the news business, or, as someone once said, in reference to his unsuccessful sojourn at the Los Angeles Times, he has a passion for re-inventing the newspaper business.

He happened to lose a lot of money for the Times Mirror company before he lost his job, but he sure stirred things up with his innovative—some say harebrained—ideas for reinventing the newspaper business. Elder Willes, not satisfied with running all of Deseret Management, has just named himself CEO and president of the KSL Broadcast Group.

One of the things Bud and I disagreed about was his propensity to stick his thick fingers into too many pies, a propensity that cost him dearly at the Los Angeles Times, where in the late ’90s, in his capacity as CEO of the Times Mirror Corporation, he appointed himself publisher of the newspaper, which he promptly ran into the ground. Now, some of the stiff-necked skeptics familiar with Elder Willes’s enthusiasms are saying that history is repeating itself, and that his innovative ideas will be the death of KSL, long the jewel in the Mormon media crown.

At the Los Angeles Times, Bud offended a lot of the traditional newspaper guys by some of his ideas for boosting circulation. As described in The New York Times in November 2000, Elder Willes wanted to pay editors according to how many times they quoted women and minorities in their stories; he also suggested that the paper could rope in female readers by making its stories “more emotional, more personal, less analytical.”

Already Bud is up to the same stuff at KSL, where he wants to “impact” viewers and listeners by “telling emotionally powerful stories that serve as beacons of truth and light”. The stories will have “messages in harmony with the LDS Church’s mission: civility, morality, integrity.” We can all now look forward to emotionally powerful stories, elevated and inspirational, full of light and truth. No longer will it matter if the stories are newsworthy; instead, we will be impacted by messages in harmony with the LDS Church’s mission, stories that bring a lump to the throat, a tear to the eye and a burning to the bosom. In other words, stories you might hear in fast and testimony meeting.

I wouldn’t be surprised, knowing Bud Willes as I do, that this human dynamo, this genial one-man band, this perpetual-motion machine, this indefatigable purveyor of cockeyed schemes will soon roll up his sleeves and stick even more fingers into the news business, on an up-close-and-personal basis. Not only will we be edified by Bud Willes editorials on truth and light, but we will also be entertained by Bud Willes weather reports, Bud Willes sports updates, and Bud Willes banter with Dini Wimmer at the anchor desk (with Bruce Lindsay glowering in the background). Instead of the News at 6, it will be the Bud Willes Show.

Finally, as an added bonus, Bud has asked me to pass along to interested readers his pronouncement on the state of the news business, which appeared in the April 19 edition of the Deseret News. He is asking those blessed with the gift of tongues to provide, at their earliest convenience, a translation of the passage: “The digital revolution has spawned new technologies and communication habits that require constant evolution in the business processes of media companies.”