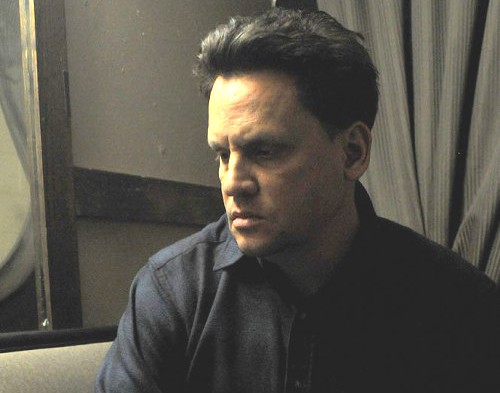 In February 2014, not long after the release of his devastating and achingly gorgeous Sun Kil Moon LP Benji, Mark Kozelek was asked by Seattle Times rock critic Charlie Zaillian what he thought people most misunderstood about him.

Kozelek's response, in its entirety: "That I'm a human being."

When asked by City Weekly, by way of follow-up, why he feels misunderstood, and if there's perhaps a perceived disconnect between Mark Kozelek the artist and Mark Kozelek the person, the songwriter doesn't elaborate, instead digressing on what's he's done that day: eat some lunch, pet some cats, book a flight to Lincoln, Neb., on his 48th birthday.

"When I get to Lincoln," Kozelek says via e-mail, "I'll do what I always do. I'll play beautiful music and keep people entertained for two hours."

For nearly three decades, Kozelek has certainly been making beautiful music: first with evocative and intense seminal sadcore outfit Red House Painters; and, after disbanding that outfit, under the nom de plume Sun Kil Moon. Insanely prolific and incredibly morose, Kozelek is one of music's quintessential sad bastards, his hushed songs written in an increasingly wry and realist style. Where Kozelek used to hide behind sonic grandeur and extended abstraction, the nakedly confessional songs on Benji are typically adorned by little more than Kozelek's barbiturate baritone and nylon-string guitar. They're often sad, occasionally bitingly funny and largely bereft of metaphor, Kozelek taking the old adage "write what you know" as the alpha and omega of his process, as if his life just happened to occur in rhyming couplets.

From listening to Benji's run-on sentences, we glean that Kozelek has a bad back and a nagging prostate, that he had braces on his legs when he was 5, that he owns a $350 pair of lampshades, that he still practices the guitar (though not as much as Nels Cline), that the dude who signed him lives in Santa Fe, that he loves Led Zeppelin's acoustic "Bron-Yr-Aur." We also learn that both his cousin and uncle died in freak aerosol-can-related explosions ("Goddamn, what were the odds?" asks Kozelek on aching album opener "Carissa"), that he misses his grandmother and loves his dad and worries constantly about the failing health of his mother, that his dad's friend Jim Wise mercy-killed his ailing wife.

But the problem with packing your songs with such intimate detail and dark introspection is that people will inevitably want to ask you questions about it. Kozelek has always shied away from interviews, even in his Red House Painters days, but there's a great irony that Kozelek has become shorter with the press as his songs have become more intimately revealing.

"Interviews aren't my greatest passion, but I'm in the music business," Kozelek says when asked about interviewers who attempt to tie up Benji's loose ends. "I make music, and this part is business."

Left largely without explanation, we're left to parse Kozelek's words to glean insight. And Benji's at its most directly fascinating when Kozelek turns especially inward, unleashing a flood of troubling memories from his past and examining their lingering effects in a gut-wrenching manner. He's haunted, for instance, by the deaths of family and friends—like his friend Brett, who "just liked to play guitar and he never hurt anyone"—or the kids who never made it out of his dead-end Ohio neighborhood.

"I think about death a lot," Kozelek says. "I had friends who died way too young, and the effect it had on me is something I carry. I love life, and I wake up every day and make the best I can out of it."

Elsewhere, "Dogs" is a catalog of Kozelek's formative sexual experiences, but as the song progresses, it reads not like a register of conquests but a list of completed chores that has led him no closer to happiness. He feels the bitter sting of professional jealousy in "Ben's My Friend." He worries, on the layered and oceanic "I Watched the Film 'The Song Remains the Same,'" that he'll never shake his lifelong melancholy, later conceding he'll probably "carry it with me to hell." Also: He's pretty sure he's going to hell.

Benji paints far from a complete picture of Kozelek, but it's probably a truer representation of Kozelek as a human. For example, it contrasts with the public persona the songwriter built in 2014, when he told a crowd of "fucking hillbillies" to "shut the fuck up" at a music festival in North Carolina—Kozelek has long been combative with his audiences, more so as his music has gotten more delicate—then engaged in a one-sided Internet spat with The War on Drugs.

Indeed, Benji gives us enough of a glimpse into Kozelek's true nature to allow us to recognize that he isn't that much different from us: He's aging, worried about his loved ones, burned out by the more exhausting aspects of his job, trying to make it through another day. He's complicated, flawed. In other words: He's human.

"Public perception is a megalomaniacal concept," he says. "If I'm misunderstood, it means that people think I'm worth misunderstanding. And that's OK with me."