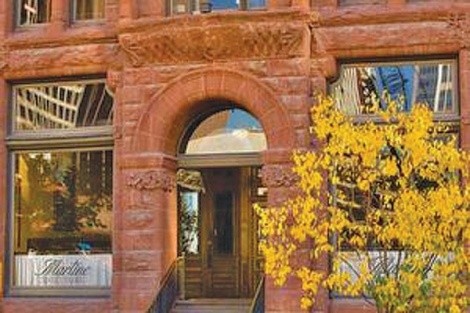 Don’t walk by Martine Cafe & Tapas and expect to see a garish banner that boasts “Martine: Supporting local for more than 10 years.” The chances that the restaurant will ever brag like that are less likely than the legislative-redistricting process benefiting state Democrats.

“Were pretty low-key. You know, it’s just the way we do things,” says Tom Grant, co-visionary and chef at Martine. Grant—along with his partner, Scott Hale—established Martine’s more than a decade ago committed to providing fresh, local, European-style cooking.

With entire organizations such as Slow Food Utah dedicated to supporting local purveyors, and a neologism like “locavore” finding its way into the Merriam-Webster dictionary, it’s safe to say the whole “supporting local” trend is here to stay. But what inspired the guys over at Martine to be ahead of the curve six years before “locavore” was even a recognized word?

Hale, the president of the company, had a friend who grew tomatoes and basil. “That’s what started it,” said Grant. “We would just buy all these tomatoes and basil, occasional odds and ends from this guy. He would just come to the back door of the Peery Pub [which Hale owns and where Grant formerly was chef] and drop it off—a little gentleman’s handshake and there you go.”

That handshake would lead to dishes such as the antipasti with Creminelli salami and tomme cheese from Rockhill Creamery in Richmond.

“We’re local, so we’ll always support local,” Grant says. “And, you know, we have friends that are farmers; I grow a garden, my partners grow gardens, and my sous chef grows a garden. … It’s just kind of our passion to use as much local stuff as possible—and obviously the quality is a good drive.”