Your favorite MCU actors in their non-comic-book collaborations.

If Avengers: Infinity War has shown us anything, it's that the Marvel Cinematic Universe is ... big. Like, really big. Dozens of characters fill its narrative, to say nothing of those who were part of earlier films in the series. At this point, if you're a working actor who hasn't landed a role in one of these movies, it might be time to ask your agent what's up.

Of course, one of the fun parts of such an expansive universe is noticing other films where some of these actors have crossed paths, either prior to their comic-book casting or subsequently. Here's a far-from-complete look at some of the other stories where members of the MCU family shared the screen, often in fairly unexpected ways.

The Horse Whisperer (1998): Long before Black Widow helped Captain America take down the covert HYDRA agent Alexander Pierce who had infiltrated S.H.I.E.L.D. in Captain America: The Winter Soldier, Scarlett Johansson had a very different encounter with Robert Redford. A 13-year-old Johansson had her break-out film role as Grace, a girl who loses her leg in a horse-riding accident, then travels with her mother (Kristin Scott Thomas) from New York to Montana to find a trainer (Redford) who might be able to help Grace's horse recover from the trauma. 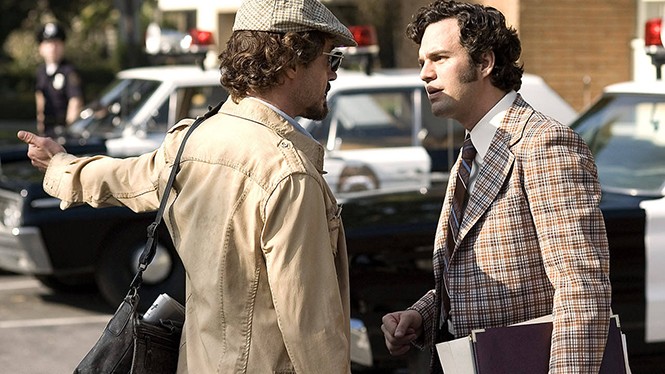 Zodiac (2007): Marvel heroes have taken on a lot of bad guys, but here's the story of a creepy villain who couldn't even be captured by Hulk and Iron Man together. The fact-based story of the 1960s California serial killer casts Robert Downey Jr. as San Francisco Chronicle reporter Paul Avery, who investigates the crimes with the help of cartoonist Robert Graysmith, while San Francisco police Det. Dave Toschi (Mark Ruffalo) leads the official investigation.

War Horse (2011): A pair of MCU stars fought against world-threatening evil in a different context in Steven Spielberg's episodic adaptation of Michael Morpurgo's novel. In the early stages of World War I, a boy's beloved horse becomes part of the British army cavalry, where he's ridden by Capt. Nicholls (Tom "Loki" Hiddleston). Riding alongside Capt. Nicholls as commanding officer during their charge on a German camp: Maj. Stewart (Benedict "Doctor Strange" Cumberbatch).

Oldboy (2013): One of the more improbable gatherings of MCU alums is also one of the most jam-packed with them. Director Spike Lee's remake of the Korean thriller of the same name involves a man (Josh "Thanos" Brolin) who is kidnapped and held in captivity for years before finally being released and trying to find out the story behind his imprisonment. Among those he encounters in his quest for vengeance: a nurse with whom he becomes romantically involved (Elizabeth "Scarlet Witch" Olsen), a possible conspirator in his capture (Samuel L. "Nick Fury" Jackson), and the mysterious bodyguard of his tormentor (Pom "Mantis" Klementieff).

Infinitely Polar Bear (2014): If you think Bruce Banner and Natasha Romanoff made for an odd couple, maybe the green-skinned pairing of Hulk and Gamora would make more sense. In this independent drama from writer/director Maya Forbes, Mark Ruffalo plays a troubled bipolar man trying to reconcile with his kids and estranged wife (Zoe Saldana).

In the Heart of the Sea (2015): Clearly Moby-Dick was a scary creature, because the great white whale managed to thwart a boat with a pair of Avengers as part of the crew. Framed by the story of author Herman Melville speaking to the lone survivor of a whaling ship disaster, it mostly follows that surviving crewman as a teenager (Tom "Spider-man" Holland), where his first mate is veteran whaler Owen Chase (Chris "Thor" Hemsworth).

Wind River (2017): So you want to see Avengers fighting crime side-by-side, but in their civilian clothes? Here you go: Jeremy Renner plays a Fish and Wildlife Service tracker who investigates the murder of a young woman on a Wyoming Indian reservation, along with an FBI agent (Elizabeth Olsen). And depending on whether you consider the Netflix TV shows part of the universe, Jon "The Punisher" Bernthal turns up as the boyfriend of the deceased.