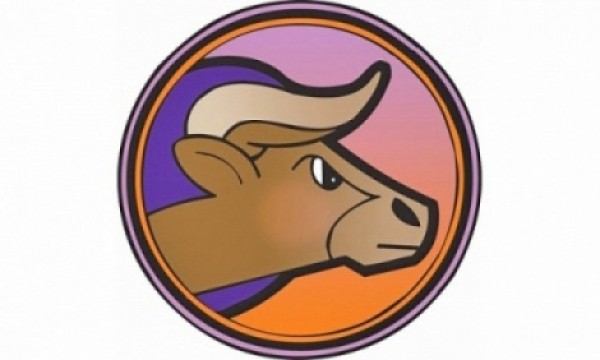 TAURUS (April 20-May 20)
“My personal philosophy is not to undertake a project unless it is manifestly important and nearly impossible.” So said Taurus-born Edwin Land, the man who invented the Polaroid camera. I have a feeling these might be useful words for you to live by between your birthday in 2014 and your birthday in 2015. In the coming 12 months, you will have the potential of homing in on a dream that will fuel your passions for years. It may seem to be nearly impossible, but that’s exactly what will excite you about it so much—and keep you going for as long as it takes to actually accomplish.

GEMINI (May 21-June 20)
I wish there was a way you could play around with construction equipment for a few hours. I’d love it if you could get behind the wheel of a bulldozer and flatten a small hill. It would be good for you to use an excavator to destroy a decrepit old shed or clear some land of stumps and dead trees. Metaphorically speaking, that’s the kind of work you need to do in your inner landscape: move around big, heavy stuff; demolish outworn structures; reshape the real estate to make way for new building projects.

CANCER (June 21-July 22)
In the Transformers movies, Optimus Prime is a giant extraterrestrial warrior robot. His body contains an array of weapons that he uses for righteous causes, like protecting Earth’s creatures. His character is voiced by actor Peter Cullen. Cullen has also worked extensively for another entertainment franchise, Winnie the Pooh. He does the vocals for Eeyore, a gloomy donkey who writes poetry and has a pink ribbon tied in a bow on his tail. Let’s make Cullen your role model for now. I’m hoping this will inspire you to get the Eeyore side of your personality to work together with the Optimus Prime part of you. What’s that you say? You don’t have an Optimus Prime part of you? Well, that’s what Eeyore might say, but I say different.

LEO (July 23-Aug. 22)
Do you finally understand that you don’t have to imitate the stress-addled workaholics and self-wounding overachievers in order to be as proficient as they are? Are you coming to see that if you want to fix, heal and change the world around you, you have to fix, heal and change yourself? Is it becoming clear that if you hope to gain more power to shape the institutions you’re part of, you’ve got to strengthen your power over yourself? Are you ready to see that if you’d like to reach the next level of success, you must dissolve some of your fears of success?

VIRGO (Aug. 23-Sept. 22)
“Beauty is the purgation of superfluities,” said Michelangelo. Do you agree? Could you make your life more marvelous by giving up some of your trivial pursuits? Would you become more attractive if you got rid of one of your unimportant desires? Is it possible you’d experience more lyrical grace if you sloughed off your irrelevant worries? I suggest you meditate on questions like these, Virgo. According to my interpretation of the astrological omens, experiencing beauty is not a luxury right now, but rather a necessity. For the sake of your mental, physical, and spiritual health, you need to be in its presence as much as possible.

LIBRA (Sept. 23-Oct. 22)
I’m pretty sure God wants you to be rich. Or at least richer. And I know for a fact that I want you to be richer. What about you? Do you want to be wealthier? Or at least a bit more flush? Or would you rather dodge the spiritual tests you’d have to face if you became a money magnet? Would you prefer to go about your daily affairs without having to deal with the increased responsibilities and obligations that would come with a bigger income? I suspect you will soon receive fresh evidence about these matters. How you respond will determine whether or not you’ll be able to take advantage of new financial opportunities that are becoming available.

SCORPIO (Oct. 23-Nov. 21)
The U.S. military budget this year is $633 billion. In comparison, the United Nations’ peacekeeping budget is $7.8 billion. So my country will spend 81 times more to wage war than the U.N. will spend to make peace. I would prefer it if the ratio were reversed, but my opinion carries no weight. It’s possible, though, that I might be able to convince you Scorpios, at least in the short run, to place a greater emphasis on cultivating cooperation and harmony than on being swept up in aggression and conflict. You might be tempted to get riled up over and over again in the coming weeks, but I think that would lead you astray from living the good life.

SAGITTARIUS (Nov. 22-Dec. 21)
Actor Matthew McConaughey prides himself on his willingness to learn from his mistakes and failures. A few years ago, he collected and read all the negative reviews that critics had ever written about his work in films. It was “an interesting kind of experiment,” he told Yahoo News. “There was some really good constructive criticism.” According to my reading of the astrological omens, Sagittarius, now would be an excellent time for you to try an experiment comparable to McConaughey’s. Be brave!

CAPRICORN (Dec. 22-Jan. 19)
“Dear Oracle: I might be hallucinating, but recently, I swear my pet iguana has been getting turned on whenever I disrobe in front of it. My naked body seems to incite it to strut around and make guttural hissing sounds and basically act like it’s doing a mating dance. Is it me, or is the planets? I think my iguana is a Capricorn like me. —Captivating Capricorn.” Dear Capricorn: Only on rare occasions have I seen you Capricorns exude such high levels of animal magnetism as you are now. Be careful where you point that stuff! I won’t be shocked if a wide variety of creatures finds you extra alluring.

PISCES (Feb. 19-March 20)
If blindfolded, most people can’t tell the difference between Pepsi and Coca-Cola. But I bet you could, at least this week. Odds are good that you will also be adept at distinguishing between genuine promises and fakes ones. And you will always know when people are fooling themselves. No one will be able to trick you into believing in hype, lies or nonsense. Why? Because these days you are unusually perceptive and sensitive and discerning. This might on occasion be a problem, of course, since you won’t be able to enjoy the comfort and consolation that illusions can offer. But mostly it will be an asset, providing you with a huge tactical advantage and lots of good material for jokes.

ARIES (March 21-April 19)
“Dear Astrologer: We Aries people have an intense fire burning inside us. It’s an honor and a privilege. We’re lucky to be animated with such a generous share of the big energy that gives life to all of nature. But sometimes the fire gets too wild and strong for us. We can’t manage it. It gets out of our control. That’s how I’m feeling lately. These beloved flames that normally move me and excite me are now the very thing that’s making me crazy. What to do? —Aries.” Dear Aries: Learn from what firefighters do to fight forest fires. They use digging tools to create wide strips of dirt around the fire, removing all the flammable brush and wood debris. When the fire reaches this path, it’s deprived of fuel. Close your eyes and visualize that scene.