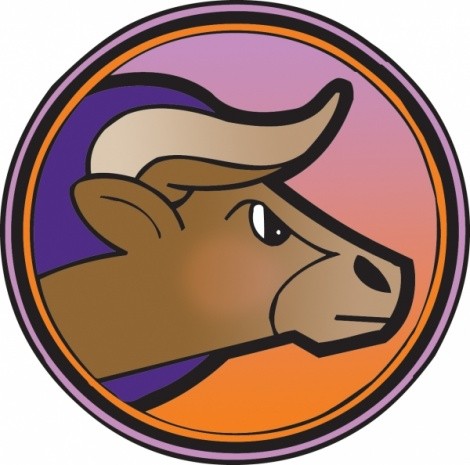 TAURUS (April 20-May 20)
You’re an animal! And I mean that in the best senses of the word. Your vitality is heading toward peak levels, and your body is as smart as it gets. If you were ever going to act as if every move you make is a dance, now would be the time to do it. If you ever wanted to explore the righteous blending of grace and power, this is a perfect moment. Give yourself permission to be a fluid bolt of ingenious fun, Taurus. Play hard and sweet, with sublime ferocity.


GEMINI (May 21-June 20)
“Make the invisible dark force beautiful.” That was the first line of the horoscope I wrote for you in my dream last night. Here’s what came next: “Create a song out of your moans. Brag about your wounds. Dance reverently on the graves of your enemies.” Does any of this make sense to you so far? It all seemed perfectly reasonable and helpful in my dream. “Sneak a gift to your bad self. Dissolve the ties that bind you to hollow intelligence. Seek the angel near the funky gulley that winds through no man’s land. Dig for treasure in the muddy puddle where the single lily grows.” That’s it, Gemini — my dream of your horoscope. If you can align yourself with its spirit, I bet you’ll be primed for the waking-life opportunities that are headed your way.

CANCER (June 21-July 22)
Writing in the Journal of Medical Ethics, psychologist Richard Bentall proposed that happiness be reclassified as a “psychiatric disorder”—a pathology that should be treated with therapy. “Happiness is statistically abnormal,” he argued. It “consists of a discrete cluster of symptoms, is associated with a range of cognitive abnormalities, and probably reflects the abnormal functioning of the central nervous system.” If he’s correct, Cancerian, you may have a problem. According to my reading of the astrological omens, you’re about to be besieged by a massive influx of good feelings. It may be hard for you to fend off surges of unreasonable joy, well-being and gratitude. So let me ask you: Are you prepared to enter into rebel mode as you flaunt your abnormal bliss?

LEO (July 23-Aug. 22)
Two British men, Jack Jones and Chris Cuddihy, pulled off an epic deed in 2009. They ran seven marathons in seven consecutive days on seven continents. Each marathon was over 31 miles. I’m not recommending that you try something as ridiculously excessive as they did, Leo, but I do want to note that you’re now in a phase when your capacity for amazing feats is bigger than usual. Do you have any ideas about what you could accomplish that’s beyond your expectations?

VIRGO (Aug. 23-Sept. 22)
What have you had to relinquish in the past 10 months, Virgo? What were you forced to sacrifice or surrender? Whatever it is, I predict you will be compensated for it over the course of the next 12 months. And the process begins soon. It’s not likely that the incoming blessing will bring an exact replacement for the dream that got away. Rather, you will be awakened to an unexpected new source of excitement, thereby dissolving the lingering sense of loss and liberating you to rise again.

LIBRA (Sept. 23-Oct. 22)
If given the choice between having our lives change or keeping our lives the same, many of us would choose the status quo. We tend to feel that even if the current state of things is uncomfortable, it’s still preferable to having to deal with the uncertainty and fear that come from transformation. But I don’t think you fit this description right now, Libra. Of all the signs of the zodiac, you’re the one that’s most receptive to shifting the mood and experimenting with the rules. It’s easier than usual for you to imagine different ways of doing things. Take advantage of this superpower.

SCORPIO (Oct. 23-Nov. 21)
Hugo Chavez is the socialist president of Venezuela, not an astronomer or New Age philosopher. And yet, he recently speculated that the planet Mars once had a thriving civilization that met its doom because its resources were drained off and poisoned by the excesses of capitalism. I love it when notable people go off-message and freestyle wacky fantasies, so I applaud Chavez’s improvisation. May I respectfully suggest you consider indulging in your own version of this art form? According to my reading of the astrological omens, it would be downright healthy for you to depart from your usual raps and unveil some unpredictable self-expressions to anyone and everyone who think they have you all figured out.

SAGITTARIUS (Nov. 22-Dec. 21)
Symmetry and equilibrium are not all that valuable right now. They’re certainly not worth obsessing over or having screaming fights about. In fact, I recommend that you cultivate a jaunty knack for stylish lopsidedness. Appreciate the beauty of irregularity. Be alert for the way incongruous details and crooked angles reveal fresh, hot truths that provide you with exactly what you need. Even so-called flaws and mistakes may lead to lucky accidents.

CAPRICORN (Dec. 22-Jan. 19)
“It was better for me when I could imagine greatness in others, even if it wasn’t always there,” said Charles Bukowski, a generally cranky writer not renowned for his optimism. According to my analysis of the astrological omens, this strategy will also work wonders for you in the coming days. Trying to see what’s great about other people will tend to activate your own dormant greatness and will just generally make you feel good. So ask yourself: What’s beautiful, smart, interesting and successful about the people you know? Fantasize aggressively.

AQUARIUS (Jan. 20-Feb. 18)
The income gap between the richest and poorest sections of society has always been large, but in recent years it has grown absurdly, grotesquely humongous. As journalist Les Leopold notes, there are hedge-fund gamblers who rake in more money in an hour than a middle-class wage earner makes in 47 years. From an astrological perspective, Aquarius, it’s an excellent time for you to raise your voice against this inequity. Furthermore, you’d be wise to dramatically shrink the discrepancy between the haves and have-nots in your own personal sphere, where you can actually have an immediate effect. You might start the healing by asking yourself how the rich aspects of your psyche steal from the poor parts.

PISCES (Feb. 19-March 20)
There’s a good chance you will soon utter the smartest words you have ever said in your life. It’s also possible that you will generate two of the top five thoughts that have popped into your brain in the last decade. That’s how in tune I expect you to be with your inner sources of wisdom. And that’s how closely aligned you’ll be with the Divine Intelligence formerly known as God. Now here’s the surprise ending to my message for you, Pisces — the unexpected outcome: Your brilliant insights and cogent statements may tempt you to be wilder and freer than you’ve been in a long time.

ARIES (March 21-April 19)
Imagine this scene, as described by Seattle-based video artist Michael Douglas. “Sometimes a tree falls down in a field of cows, and the cows walk over to it and stare at it. It used to be standing, and now it’s on the ground. There’s something different in the field, and the cows start to hang out around the tree and watch it like it’s television, attracted to the rupture in the order of things. They gather around it for months, even after they completely forget why they started doing it.” I think there’s a comparable scene going on in your life right now, Aries. People you care about are in a daze, seemingly hypnotized by a certain “rupture in the order of things” that took place some time ago. In my opinion, it’s your task to wake them up, gently if possible, and motivate them to move on.