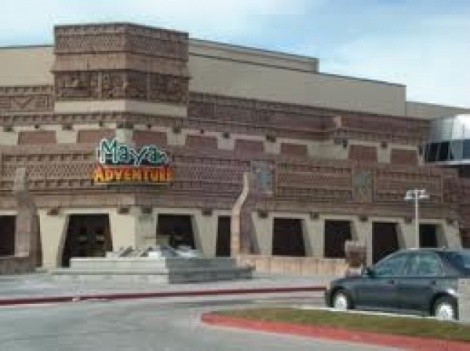 Mayan Goes Missing
I can’t really say that I’m mourning the loss of The Mayan Adventure; my last review of the Sandy theme-park restaurant at Jordan Commons included descriptions such as “vile” (the faux jungle ambiance), “mediocre” (the food), “annoying” (the earsplitting noise) and “bewildering” (the confusing layout). So, I’m not sorry to see the Mayan close. I do feel, though, for the 150 employees of The Mayan Adventure and Spaghetti Mama’s restaurants who were unceremoniously put out of work when the restaurants both closed on Halloween, giving the employees no advance notice; the media were informed of the closings before many of the employees. The Mayan was a 700-seat restaurant that featured cliff divers, fire dancers and a robotic talking toucan. Both The Mayan and Spaghetti Mama’s were leased by the Larry H. Miller Group to SLC3, which operated the restaurants.

Bubbles in Eden
On Friday, Nov. 11, 7 to 9 p.m., Harley & Buck’s in Eden (3900 N. Wolf Creek Drive) will host a dinner featuring Champagne and Methode Champenoise wine pairings from around the world. The cost is $65 per person, and the tasting menu includes smoked-salmon parfait; pear, Gorgonzola and candied-walnut salad; macadamia-crusted mahi mahi; and creme brulee for dessert. Visit HarleyandBucks.com for more information and phone 801-745-2060 for reservations.

Quote of the week: Lunch kills half of Paris, supper the other half. —Montesquieu