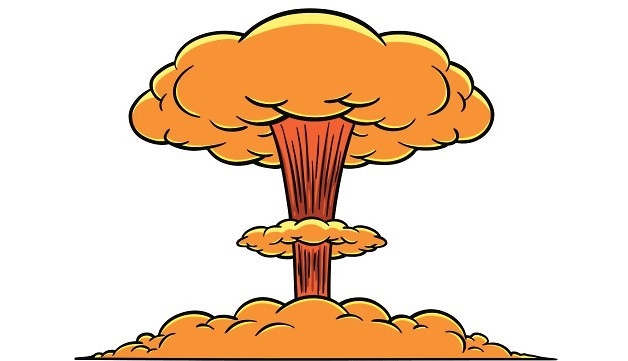 Speaker of the House Nancy Pelosi screwed the pooch when she got a haircut during the pandemic, Congressman Ben McAdams told the editorial board of the Deseret News. Damn her traitorous eyes! (Pelosi's haircut was a big scandal on Fox News.) "I think she needs to always model good behavior," said McAdams, the only Democrat in Utah's congressional delegation. Rome may be burning, but we do have our priorities—and our priorities are to say anything to get reelected. The first-term congressman didn't mention President Donald Trump's hair—or his behavior. But then again, McAdams doesn't like to criticize the Orangutan in Chief. It couldn't be because his 4th Congressional District includes parts of deep red Utah, Juab and Sanpete counties—Trump Country. McAdams voted against Pelosi for speaker, as he promised in his 2018 campaign, after Republicans labeled her the devil incarnate and a bitch. And in the past month, McAdams voted against the Democrat's House bill outlining $3 trillion as a lifeline to local governments, small businesses, homeowners, renters and furloughed wage earners who are being destroyed by COVID-19. It's the stimulus that needs a haircut, McAdams said. (Cue the theme music, Wilson: "Nearer, My God, to Thee," as performed by the band on The Titanic.)

Real Housewives of Salt Lake City
The entertainment desk here at Smart Bomb is thrilled to welcome the Real Housewives of Salt Lake City. (We could not possibly make this up.) Although details have not been made public, our sources say it's going to be sensational. That said, Housewives of New York could be a tough act to follow: If you'll recall, Dorinda was 25 years younger than her rich husband and was cheating with the cabin boy on their huge yacht. Her husband, the old guy, croaked and Dorinda was left with houses, cars and a fortune but nobody to cheat on. It's heart-rending.

Flash forward to Salt Lake City: Lori drives a huge Cadillac Escalade and loves to wear tight pants, high heels and a low-neck sweater when she shops at Whole Foods. She's a little bit anxious because she's on a tight schedule with a pedicure at 3 and cocktails with Roger at 5. Her bishop doesn't suspect she drinks. Then Lori bumps into her diva frenemy, Elise, at the meat counter, who confides that the bishop is having an affair with their neighbor, who happens to be Roger's wife. Oh my God, says Lori, "If this gets out, we'll all lose our temple recommends." She thinks for a second and then says, "We've just got to find someone to ravage the bishop's wife." Stay tuned for Real Housewives of Salt Lake City.

Postscript—Here's a treat for anyone who is bored to death with this place: According to The Salt Lake Tribune, some of the Shadow People whom Trump was bumbling on about—thugs in dark uniforms—as reported to him by Devin Nunes, were on a flight from Salt Lake City. (We are not making this up.) "In fact," Nunes said, "I flew in with a bunch of them where I got on a plane in Salt Lake City... and I saw maybe two dozen (white) BLM people." Wow, we have our very own Shadow People! And we're not done yet: According to Michael Cohen, aka Trump's Fixer, The Donald did his thing with porn star Stormy Daniels right here in The Beehive State. The Trib got an advance copy of his book, Disloyal: A Memoir, in which Cohen said this: "[I was] Stuck with the tab for Trump's sex romp in a hotel room in Utah a decade ago."

And there is more: In Robert Gehrke's Saturday column, he tells how the one-time straight Mormon Utah legislator, Steve Urquhart, has become a psilocybin mushroom-eating hippie and become enlightened. (This is for real.) Urquhart is starting his own church—The Devine Assembly—where psychedelic mushrooms are the sacrament. This is perfect for the pandemic. You can take a trip without ever leaving home. It's a guaranteed cure for boredom. (And that, folks, is what you call an understatement.)

Wilson and the band say that's cool and everything, but they prefer LSD because you don't have to worry about not taking enough to get off—and it lasts longer. Alright, Wilson, you and the guys know what to do: