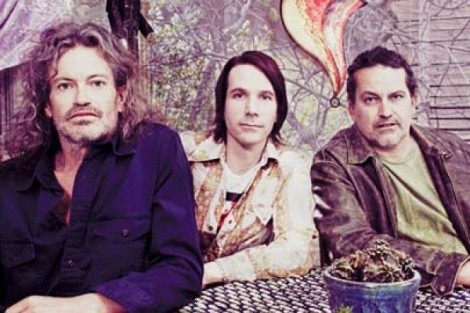 “Go knock the piss out of that thing!” laughs Curt Kirkwood. Turning his attention back to the phone interview, the Meat Puppets frontman says, “I’m at the music … place. Dude. Sorry.”

The Meat Puppets are doing some last-minute shopping, knocking the piss out of drum kits in Austin, before decamping on tour. The Texas capital has been the trio’s home since the late ’90s. Before that, they were the L.A.-by-way-of-Phoenix band everyone thought was from Seattle thanks to their grungy appearance and Kurt Cobain’s endorsement, via cover tunes and a guest turn on Nirvana’s MTV Unplugged special. Prior to that, the Meat Puppets were a punk band when “punk” hadn’t become such a meaningless term.

Not that Kirkwood’s band ever fit that genre like a glove—it was more like a sock puppet.

In the recently released documentary History Lesson Part 1: Punk Rock in Los Angeles in 1984, director Dave Travis concerns himself with psychedelic punk rock, not “traditional” punk, as the title implies. The bands covered—Meat Puppets, the Minutemen, Redd Kross, Twisted Roots, X and other bands of the time—despite being rebellious and loud, were all more than the loaded four-letter word implied.

In the Meat Puppets’ case, they were cerebral and trippy with subtle Americana undertones that grew more prominent with each new album.

“We were never really into any ‘scene,’ ” says Kirkwood. “I mean, we were involved with punk rock because that’s where the shows were, but there were lots of different kinds of music if you looked into it. Especially in L.A.”

Then there was X—“kinda punk rock [but really] a good rock band”—alongside the Blasters, who drew from Americana and ’50s rock, and Los Lobos, who put a Mexican twist on the same. The Meat Puppets even played a few shows with country legend Dwight Yoakam and assorted performance artists.

“So it was really a varied scene,” Kirkwood says, “and definitely hard to pigeonhole anything there. It kinda fell under ‘punk rock,’ so it was easy to just call it that.”

When Cobain started flying the Meat Puppets’ colors, they of course became, at least in the eyes of their new fans, a grunge band. “Yeah,” says Kirkwood. “Grunge was part of it, sure.” But by then, the band had logged a dozen years together and, Kirkwood says, had been lumped in with the Violent Femmes and R.E.M. as sort of neo-Americana bands.

“With grunge, it was sort of Neil Young meets Iggy Pop meets Aerosmith or somethin’. My take on it was rockers, possibly hair rockers, realized it was more fun to not get dressed up as much,” Kirkwood says, laughing at the thought.

The thing about the Meat Puppets is, they fit all those genres, at least a little. Even today, after two breakups and two reincarnations—and, most recently, a 2006 reunion of Kirkwood with his bass-playing brother Cris after an 11-year schism, along with drummer Shandon Sahm in the seat once held by Derrick Bostrom—their music retains the same loose vibe.

Their new disc, Lollipop, is rebellious and loud and pastoral and psychedelic, the perfect combination of cowboys and power chords, guitar solos, stoner-intelligent lyrics and subtle studio trickery. And it’s still impossible to classify with any easy labels.

“We’ve always had the capability to play others’ styles,” says Kirkwood, “but we’ve never been about ‘this is country’ or ‘this is metal.’ It’s just all music. And it’s cool to have a band you can do all that stuff in.”