He shares his journey from female to male 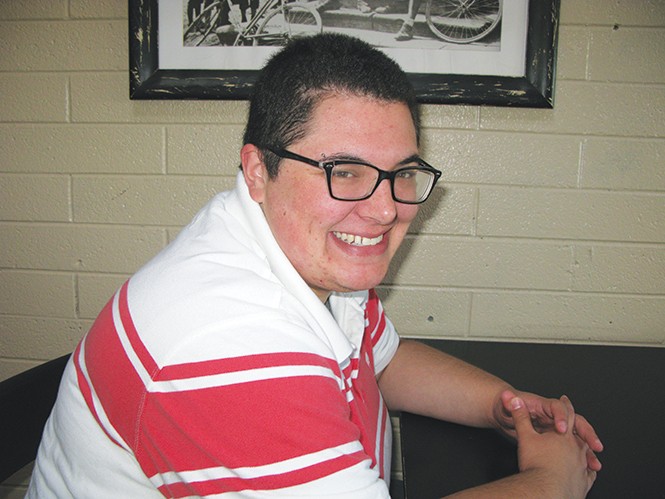 Salt Lake City resident Benjamin Luks-Morgan started out life as girl named Sarah, in small conservative Wasau, Wis. Finally true to himself after realizing he identified as male, he decided to start testesterone therapy, and transitioned to become Benjamin.

How and when did you determine that your sexual orientation was different?
I didn't know from day one, but I knew I was uncomfortable as a kid. I started to feel gay at puberty. Identity is complicated. Identity is fluid. It moves. I sort of grappled with my sexuality in high school and early college. Part of that process is gender self-expression. One of my issues was I had to wear a dress, and it felt wrong, so for a while I identified as a butch woman, because it was a comfortable middle ground. I always had an uncomfortable relationship with my body.

Was there one defining moment you recall?
In high school, I spent a semester at an exchange program in Israel. I remember walking on a beach in Tel Aviv. In the background was a group of beautiful Israeli women folk-dancing, and I remember thinking, with sudden and complete clarity, 'Oh God, I'm a lesbian.'

When did you determine you were transgender?
I grappled with it since college. It is important to come out publicly, but more so to yourself. You can be closeted and, even in your private moments, you say, 'I don't want to be it, so I will fight it'. I came out to myself as transgender only about two years ago. I started testosterone therapy six months ago. I didn't expect how much I would love it.

Are you happy?
I am happy. I feel like my body feels like it's supposed to. There had always been such awkwardness in the real world. It is now wonderful. My favorite part has been the way the world that I move in is like, 'OK, you're Ben.' That's been great. There are lots and lots and lots of people who paved the way before me so that I came out and I am able to teach religious school, and no one bats an eye.

When you moved to Salt Lake City, were you apprehensive about living your life openly?
When we came here, we told our friends and family that we were moving to Utah. Reactions ranged from bemused befuddlement to complete freak-outs. I had one colleague warn me that it would be dangerous to move here because there would be no rainbow stickers on cars, and people would know that we were the only gays in the neighborhood. As you know, that's not how it is here.