The 18-year-old shares his passion with us. 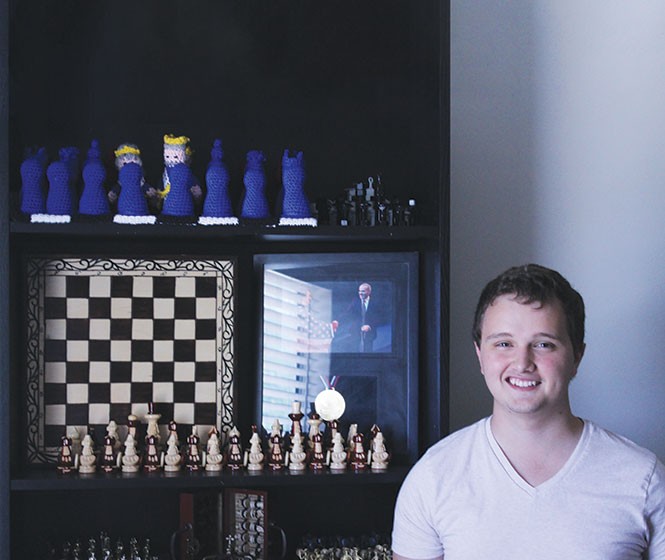 Kayden Troff is the lone chess grandmaster (the highest title a chess player can be given from the World Chess Federation) in the state of Utah, and he's only 18. How did he get so good? Well, he's almost literally been playing chess since he was born. The game has become his life, and he's not slowing down. Troff is preparing to play in the annual United States Junior Closed Championships, which is hosted by the Chess Club and Scholastic Center of St. Louis. He won the tournament in 2014 and feels his chances are pretty good this year. After all, if you've done it once, you can do it again, right?

How did you get into chess?
I don't remember this, but my dad taught my two older brothers because he played in college. They tell me that I just watched them play on my dad's lap. And one day I said, "OK, I'm ready. I'm ready to play, and I did." I think from that moment my parents knew—more than just that I knew how to play—but that this was probably something I'd also be interested in.

Is there one specific moment where you knew chess was something you wanted to do seriously?
Probably, the biggest moment for me was in 2010 when I went to the world youth chess championships and played in the under-12 section there. That was just crazy. I had been out of the country before, but to go to this tournament where you have all sorts of people there, I think that was one of the moments when it started to become more real. Woah, this is something I'm going after and something I'm starting to get into. Even though at that time I had been playing for about nine years, that was one of the moments when I started to get more into and started along that path to maybe taking this professionally.

Do you plan to try and play professionally?
As far as current live ratings, I think I'm somewhere around top 500 in the world. For a lot of sports that would probably be considered pretty high up there for the world. But for chess you really have to be top 50 to comfortably make a living doing chess professionally. It's a lot more difficult to be professional. But what it means to be a professional chess player is you are the top in the world—one of the top in your country for sure.

How has your life been different from a "normal" teenager's?
I've never really known much else. I mean, I started very young and it has always been my life. There's definitely some sacrifices. A lot of my social experiences have been with chess players, which is great and wonderful, and I love them. But we went home afterwards, I went back to Utah and they went to their different places. That was different. In a way it could have been a big deal. There's a lot of sacrifices that come with it, but that has to be the case. If you want to do something really well, you can't expect everything to be perfect and not have to sacrifice something.

What has chess meant for you in your life?
It's been huge. I think one of the biggest things I've gotten from chess that I otherwise wouldn't have gotten, is getting to travel. I have traveled a lot more than most people my age have. ... You quite often sit down with someone you've never met before, never talked to before, and you play a game, have a good time, talk about it afterward—it's almost just a way to have fun with someone you may have never met otherwise. That kind of connection that can come so easily from the game called chess is crazy. 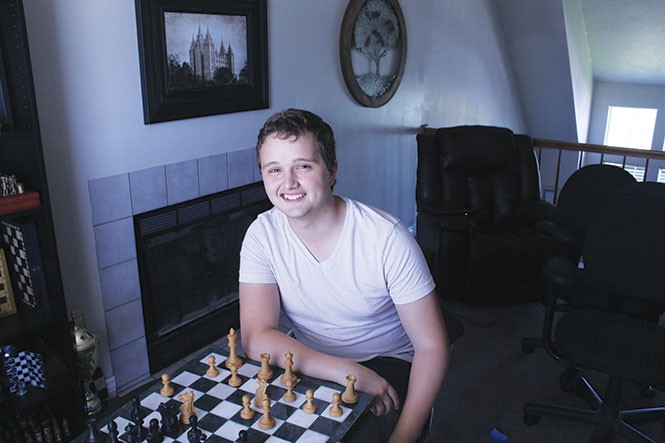