There can only be one: The competition to become the 2013 CWMA DJ of the Year began weeks ago with online voting. A record number of DJs—35—were nominated by City Weekly staff, local DJ luminaries and our readers; the DJs pulled their resources, rallied their fans and pleaded with distant relatives for votes.

Now, these 10 DJs—chosen by you—will compete in two DJ Spin-offs, where swaying asses might just sway some votes. Each attendee can vote for one DJ per showcase ($5 admission to each), and those votes will be tallied, along with those from a panel of judges—Austen Diamond (City Weekly music editor) and Colin Wolf (City Weekly staff writer/blogger), along with local stalwart DJs Brisk, DJ Juggy and former CWMA DJ of the Year Chase One2—to determine the winner. The DJ of the Year will be announced in the May 2 issue of City Weekly.

Stay updated by checking out our CWMA page here, which is also where you can vote for your favorite band and find out where the band showcases will be held and who is playing. And follow the action on Twitter with #CWMA. 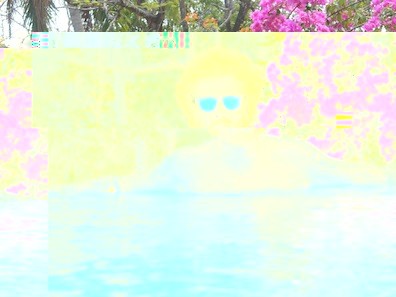 DJ Flash & Flare
One thing is certain: No one is more familiar with the CWMA DJ Spin-offs then Kyle Erickson, aka DJ Flash & Flare. The 2011 CWMA DJ of the Year has been in the booth competition every single year of the CWMA DJ Spin-offs. Fans of his popular weekly night, Stir-Friday, at Zest Kitchen & Bar, know why he’s such a dangerous DJ behind the wheels: He can literally mix anything. Facebook.com/FlashAndFlare

Roots Rawka
Roots Rawka is a staple of the State Street club circuit, spinning at bars like Bar Deluxe and The Woodshed, and also around the valley as both a DJ and booker/promoter for an abundance of national touring reggae bands. But Rawka doesn’t rest solely on his booking skills. The primarily reggae DJ competed in the 2011 CWMA DJ Spin-off and is a guest host on KRCL’s Friday Night Fallout Show, where he shows off his hip-hop proclivities. RootsRawka.com

Alastair
Fans of Utah’s impressive, ever-growing house scene are definitely familiar with DJ and producer Alastair, of D_rty Productions. Though the deep-house aficionado has only been DJing for a mere three years, this will be his second CWMA DJ Spin-off. Alastair has made a name for himself in SLC’s club scene by opening for big-name acts like Tiesto and Tommy Trash, and with his monthly night, Delve (Deep), at Zest Kitchen & Bar. Soundcloud.com/AlastairNee

DeCay
Over his 16 years of DJing, David Gillette—aka DeCay—has hit his stride playing “anything with breakbeats—trip-hop, dubstep, glitch-hop—anything with a broken beat.” The Hive Collective co-founder produces the majority of music he spins at underground shows and festivals, like Burning Man and Element 11. “The sound design and beat structure is so unique—some people who’ve never heard it before say it’s like aliens talking—that it’s hard to describe,” DeCay says. “It just grabs a hold and makes me want to move.” TheHiveCollective.com

illoom
For a six-year stretch, James Loomis—aka illoom—has held down Dubwise, now at The Urban Lounge, making it the third-longest-running dubstep night in North America. Illoom is what he calls the “holy grail” of music-makers: a producer and a DJ. He’s been focusing on production of late, mostly riddims in the traditional Jamaican dub style. But don’t be fooled: He’s not rusty. Illoom can cut it hard and fast during a DJ set, as he did at the 2012 CWMA DJ Spin-off, which he won. He’ll now be defending his crown against nine worthy adversaries. Soundcloud.com/illoom

DJ Bentley
Though he hasn’t won a CWMA DJ Spin-off yet, Holladay-based DJ Bentley is a regular fixture at the annual party. For the past six years, Bentley has cut his chops at just about every club in the valley, and is currently Park City Live’s go-to DJ. For the unfamiliar, expect a technical set with plenty of beat juggling, scratches and sounds ranging from drum and bass, breakbeats to trap. Facebook.com/DJBentleySLC

DJ Electronic Battleship
DJ Electronic Battleship might be the definition of an open-format DJ. Though he’s only had residency at Ogden’s Copper Club for a little over a year, Battleship is no rookie behind the decks. For the past eight years, Battleship has cut his teeth as an opening DJ for live hip-hop acts like DopeThought, Bone Thugs-N-Harmony and Schoolboy Q, to name a few. In 2010, he took first place in the scratch competition at the Life Elevated Hip-Hop DJ Battle. Soundcloud.com/ElectronicBattleship

J Godina
Justin Godina—aka J Godina—lives in two worlds. The Top 40 club world is where he spins EDM, hip-hop and old-school tunes at his sell-out residency at Maxwell’s Fat Kid Pizza on Friday and Saturday nights. His other world, the one where he got his start some 15 years ago, is his one true love: spinning vinyl. Godina owns more than 10,000 records and spins a good number of these soul and hip-hop cuts on Mondays at Bar-X.

DJ CWell
Though DJ CWell isn’t a familiar name within SLC’s downtown club community, this Bountiful-based DJ is arguably the dark horse of this year’s CWMAs. Over the past eight years, this open-format DJ has worked at literally every outskirt club in Utah. He has multiple residencies, does countless parties and considers his daily strip-club gig at Southern X-posure his “9 to 5.”

Elvis Freshly
Not many DJs can pull off using the tagline “You’re not gonna get the butt you want by sitting on it” and actually mean it. Among Chad Thomas’ (aka Elvis Freshly) residencies, the house/Top 40 DJ spins at Xcel Spa & Fitness on Mondays. He also drops beats late into the night at Cisero’s Ristorante & Bar in Park City on Saturdays. Elvis Freshly is in fine spinning shape—he’s competed in the 2011 and 2012 CWMA DJ Spin-offs. DJElvisFreshly.com