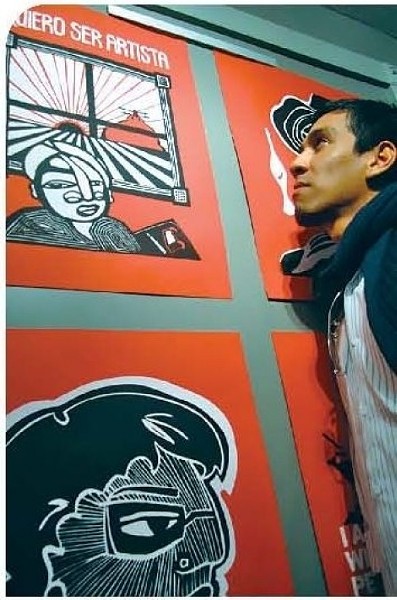 After two years at the location of its reopening, Mestizo has cause to celebrate. Open during the 2002 Olympics, the coffee house/art gallery/community center was reborn in 2008, and though the road has been financially rough, its standing in the community is strong, having become a gathering place at the gateway to the west side. It is also celebrating progress the community has made, and it’s a fitting site for a fest celebrating neighborhoods on the west side. Mestizo has, more than anything else, been about increasing dialogue between Salt Lakers from all parts of town.

During the day, the fest will be held block-party style on North Temple between 600 West and 700 West, with performers, vendors, artists and activities. Then at 8 p.m., it will adjourn to inside the coffee house itself for music and open-mic readings. The festival showcases the opening of an exhibit of paintings, HERStories, by Veronica Perez and Mestizo co-founder Ruby Chacon.

It’s not just another arts festival, but a celebration of the nonprofit Mestizo Institute of Culture and Arts (MICA)’s second anniversary. The institute was founded by Chacon and her husband, Mestizo co-owner Terry Hurst, to support culture and community on Salt Lake City’s west side. Fundraising items like T-shirts will be on display for sale. Hurst recently made a cycling trip across the West to raise money for a new building for MICA.