Has anyone ever made cheese out of human breast milk? 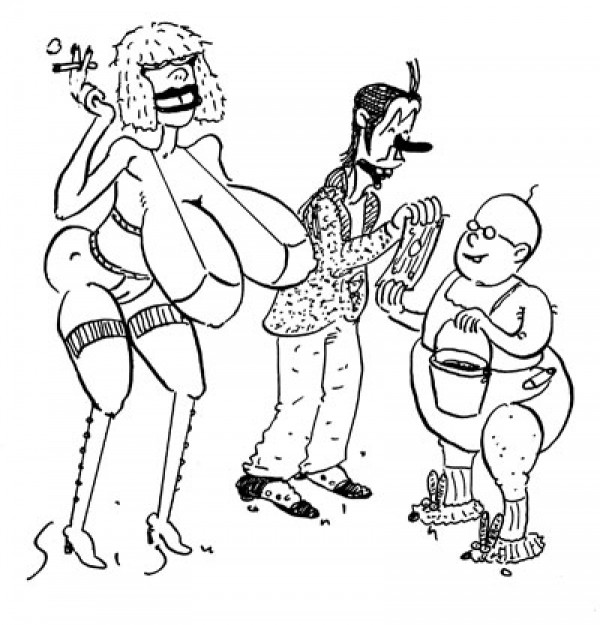 Has anyone ever made cheese out of human breast milk? I live in southern Italy, where they make cheese out of everything else. Additionally, has there ever been a culture that thought of breast milk as a delicacy? I’m not speaking of fetishists or babies; I’m looking at something akin to a chilled glass of latte di mama with one’s meal. It’s not something I’d do personally, but then again, I think guacamole’s pretty disgusting, too. —C.J. Casey

To be honest, C.J., my first thought was: this is what comes of giving Internet access to neckbeards. However, being the scientist of the human condition that I am, I had Una conduct a quick reconnaissance. Reviewing the result, all I can say is: merde sainte. So here you go. You think guacamole’s disgusting? Ha.

Human cheese can and has been done. In 2010, for example, New York chef and restaurateur Daniel Angerer infamously created small amounts of cheese from excess breast milk produced by his wife until the health department ordered him to cease and desist. One food critic described it as “quite bland, slightly sweet. .... It’s the unexpected texture that’s so off-putting. Strangely soft, bouncy, like panna cotta.” The milk donor herself thought the cheese wasn’t bad, claiming it paired well with a Riesling.

But why stop at cheese? Breast milk has abundant uses. To start with the obvious, you can drink it. The ancient legend known as “The Roman Charity” tells of a man named Cimon, sentenced to die of starvation in prison but kept alive by his daughter Pero, who breastfeeds him during visits. (This scene became a perennial favorite of Baroque painters, the voyeurs.) After they’re caught in the act, the father is released in tribute to the daughter’s selflessness. The same trope appears at the end of Steinbeck’s Grapes of Wrath, when Joad daughter Rose of Sharon, her baby stillborn, offers her breast to a starving stranger.

In July, the BBC ran reports from China about wealthy deves paying wet nurses $2,500 a month to supply them with fresh product, either via pumping or straight from the tap. One blogger told of sex parties for senior Communist Party members where drinking breast milk direct from nursing mothers was one of the kinks.

In 2011, the Icecreamists, a determinedly in-your-face London ice cream parlor (typical offerings: a “Sex Bomb” sundae loaded with “natural stimulants” and served by a “nurse”; a handgun-shaped popsicle made from absinthe and, allegedly, holy water) began offering a breast-milk-based dessert named “Baby Gaga” (later “Baby Googoo,” following contact from Lady Gaga’s lawyers) at about $24 a scoop. The feedstock came from more than a dozen women selling their milk at more than $300 per gallon, with one Victoria Hiley of Leeds providing the inaugural 30 fluid ounces—enough to make 50 very small servings. A reviewer from the Guardian said the stuff tasted like “regular vanilla ice-cream, until the mouth-coating back-taste kicks in—like a thin, more goatish, dairy.”

Thinking we should see what the fuss was about, I asked my assistants Una and Fierra if they felt equipped to contribute. They demurred, instead volunteering to stop in at the Icecreamists on an upcoming field trip to London. After enduring a two-hour train ride, closed tube stations, a torrential rainstorm, and other misadventures, the women arrived at Covent Garden only to be told the shop had shut its doors. Vainly attempting to contact the proprietors by phone, they at length discovered the store’s blog, last updated in July 2012. Amid rants about the British fascist state, they read that a massive rent hike had sent the Icecreamists’ retail operation the way of the empire.

Maybe it’s just as well. While I acknowledge Homo sapiens has survived OK on the stuff without regulatory oversight, the fact remains that consuming breast milk from an unknown source can be hazardous. A 2010 Stanford University study found 1 in 30 potential milk donors were rejected after testing positive for syphilis, HIV, hepatitis B, hepatitis C, or human T-cell lymphotropic virus.

If you have a safe source and want to make breast-milk cheese yourself, be advised that you’ll need to use rennet rather than, say, lemon juice (another common cheesifying ingredient), since breast milk doesn’t curdle the same way cow’s milk does. Chef Angerer has posted his recipe on his blog, and if any of the Teeming Millions would like to give it a shot, let us know how it comes out. Just don’t send us any in the mail.