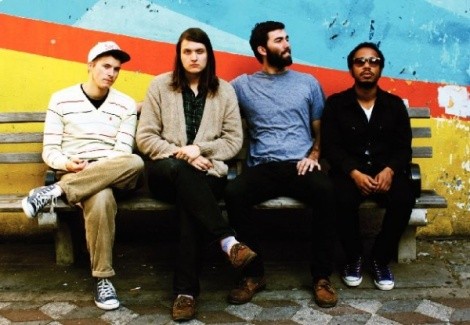 Phoenix-based indie kids Miniature Tigers are another in a long line of bands influenced by the godfathers of dreamy pop-rock: Brian Wilson and the Beatles. After breaking through with their debut album, Tell It To the Volcano, Miniature Tigers decided to play with their sound on the new, sophomore CD, Fortress, working with the likes of Neon Indian to provide dramatic synthesizer squeals and going psychedelic on songs like “Coyote Enchantment.” The Spinto Band and The Apache open the show. Kilby Court, 741 S. 330 West, 7 p.m., $12

The Long Memory Project: A Tribute to Utah Phillips
Legendary folk singer and self-described anarchist Utah Phillips spent his life dissecting the lives of the working-class of the West and advocating for social justice on its behalf through his stories and songs. Since his death two years ago, Phillips’ son Duncan has been working on putting together a tribute album, The Long Memory Project, featuring Utah musicians and spoken-word artists delivering Phillips’ work in their own unique styles. Kate MacLeod is on board to produce the project, and Ken Sanders Rare Books is throwing a fundraiser concert featuring MacLeod, Gigi Love, Duncan Phillips and others to help raise money for recording and producing the album. The goal is to release the album in January 2011. Ken Sanders Rare Books, 268 S. 200 East, 7 p.m., Free but donations welcome.

Even if straightforward folk music isn’t your thing, you’ll find much to love in the songwriting of Dar Williams. She’s a veteran of the Northeast coffeehouse scene who gained national prominence in the ’90s for both her socially and politically aware lyrics and unflinchingly personal songs addressing issues like body image, ageism and self-loathing; this ain’t no peace-and-flowers brand of folk. Williams suffered from stage fright early in her career, but when Joan Baez started recording some of Williams’ songs, she drove her to perform more, and the two have since collaborated on stage and on record. Joining Williams on this short tour as an opener is Carrie Rodriguez. The State Room, 638 S. State, 9 p.m., $20 advance/$25 day of.

Saturday July 31
Colin Hay
One of the more unlikely creative resurgences of an ’80s MTV artist comes courtesy of Colin Hay, one-time frontman of quirky Aussie poppers Men at Work. After that band’s brief time in the spotlight, Hay found himself living in America and building a new audience via intimate coffee-shop tours and a shift into acoustic-folkie territory. Actor Zach Braff became a fan and inserted some of Hay’s new work into episodes of Scrubs and onto his Garden State soundtrack alongside The Shins and Coldplay. The comeback is doubly satisfying, both introducing Hay to fans too young to remember Men at Work, and reintroducing him to fans who haven’t heard him since “Who Can It Be Now?” Sandy City Amphitheater, 1245 E. 9400 South, 8 p.m., $13-$23

Sunday Aug. 1
Irish Music Festival
What better way to fight off the brutal heat of the Salt Lake Valley than a trip to the mountains? Except in this case, because the high-energy sounds filling Deer Valley for a day are probably just going to make you sweat your ass off, but in a good way. The mid-summer Irish Music Festival features the Young Dubliners, who typically only play around here near St. Paddy’s Day, along with Swagger, The Wailing O’Sheas, California Celts, Slaymaker Hill, the Heathen Highlanders, the Utah Pipe Band and dancers from the Crawford School of Irish Dance and Webber Academy of Irish Dance. Deer Valley Resort, Park City, 1 p.m., $15 adults/$5 kids

Zizek Collective
Buenos Aires’ ZZK Records is credited as the foremost purveyor of “cumbia digital,” a sound fast gaining popularity in dance-music circles across the globe for blending the traditional Afro-Colombian rhythms of cumbia with electronic music. The label is currently prepping to launch an online TV station, sure to further its music’s global appeal, and this summer there’s a collection of ZZK artists touring North America, led by Tremor, a threeman DJ and producer crew that fuses traditional Argentine instruments with synthesizers and keyboards into a genre they call “digital folklorico.” You can go ahead and call it one of the most promising dance shows of the summer. El Remolon, Chancha Via Circuito and El G are also on the bill. The Urban Lounge, 241 S. 500 East, 9 p.m., $8 adv./$10 day of