Thursday July 15
Minus the Bear

Seattle math-rockers Minus the Bear never met a sound they didn’t think could fit somewhere in their sprawling style of ambient, experimental prog-rock. Ever-shifting time signatures, electronic bleeps and blips and intensely refined musicianship have been part of Minus the Bear’s approach from the beginning, and the band’s new OMNI album, its fourth, further cements the group’s reputation of being some of the most ambitious indie-noodlers around. Better, though, is the new funk moves and grooves the band incorporates on the new tunes, adding more of a dance element than Minus the Bear ever displayed before. Everest and Mini Mansions open the show
. In The Venue, 200 S. 600 West, 8:30 p.m., $16 advance/$20 day of show 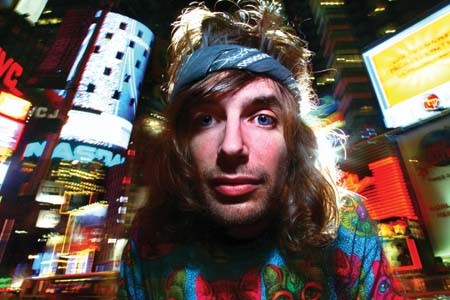 Girl Talk, Memory Tapes
I’ve been jealous of Girl Talk, aka DJ/producer Gregg Gillis, ever since the first time I saw him perform. Somehow, using just a couple of laptops, some confetti, balloons and a few well-timed fist pumps, he turned a packed club into a completely crazed dance party, with women by the dozen cramming themselves on stage to get near the manic sample-jockey. Who would have thought the ability to mix a few disparate songs together in a way that makes sense (something radio DJs once did, back in the olden days, simply as part of their jobs) would somehow turn a former medical engineer into a new-style pop star? His most recent album, Feed the Animals, landed on several critics’ year-end Top 10 lists for 2008. Pioneer Park, 350 S. 300 West, 7 p.m., Free

The School of Rock All-Stars
This band is a supergroup of sorts, comprised of top-notch students from the country’s 58 School of Rock locations. This summer’s tour is Live Aid Remade, with the musicians re-creating songs by the bands that performed at that African relief concert 25 years ago: Queen, The Who, U2, Led Zeppelin, Bob Dylan and Tina Turner, among others. Ten bucks from each ticket sold will go directly to Music For Relief, a nonprofit designed to raise money for victims of natural disasters. The School of Rock shows will specifically go toward helping victims of the Haiti earthquake. In The Venue, 200 S. 600 West, 6:30 p.m., $15

Rogue Wave
Fans of Oakland indie-pop crew Rogue Wave can thank the flailing economy for the formation of this band. As a newly unemployed dot-comer in 2002, Zach Schwartz found he suddenly had some time on his hands to compose. A cross-country trip to New York City and back helped Schwartz come up with enough songs to fill Rogue Wave’s breakthrough debut, Out of the Shadow. Filling out the lineup with fellow Bay Area musicians, Schwartz and Rogue Wave first landed on Sub Pop Records before jumping to Jack Johnson’s Brushfire Records. That’s a sensible move, as Rogue Wave’s sunny guitar-pop, most recently captured on the new release, Permalight, seems a decent match for the surfer dude’s fans. In the Venue, 200 S. 600 West, 6:30 p.m., $15

Spy Hop Benefit
At a lot of benefit shows, attendees are sort of asked to grin and bear it through whatever entertainment is provided. Not so when the benefit is for Spy Hop’s media arts programs geared at area kids, and the entertainment provided is this good. At the top of the bill is rootsy North Carolina singer/songwriter Shannon Whitworth, whose voice has been compared by some to a “grittier Neko Case” or “harder Patsy Cline.” Also on board for the show is Salt Lake City’s Cub Country, led by Spy Hop music teacher Jeremy Chatelain, and one of Spy Hops Records’ own artists, 21-year-old Joel Brown. The State Room, 638 S. State, 9 p.m., $15 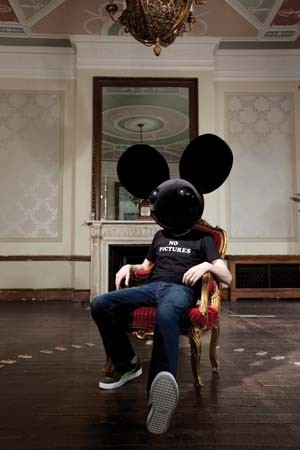 eadmau5
In a recent Rolling Stone article, dance DJ Deadmau5 (pronounced “Dead Mouse”) cited Kiss as an influence. While you won’t hear “Detroit Rock City” or spot Gene Simmons at a Deadmau5 gig any time soon, the DJ’s lit-up stage set-up and giant mouse-head helmet are certainly more theatrical than the typical pasty-faced laptop jockey set-up found rocking crowds from Ibiza to Hollywood. Deadmau5’s sound? Big, booming, epic anthems not too far removed from the Chemical Brothers. His first hit, “This Is The Hook,” was a tongue-in-cheek jam about how easy it is to make house music, and now Deadmau5 is laughing all the way to the bank. The Great Saltair, 12408 W. Saltair Drive, Magna, 7 p.m., $35