8 things he doesn't want you to see 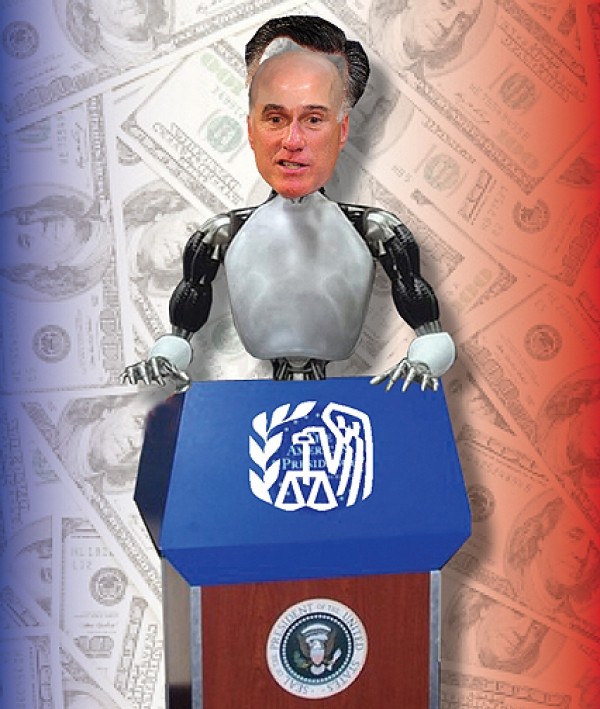 Eight things on Mitt Romney’s tax returns he doesn’t want you to see:

5. He spent most of 2009 following The String Cheese Incident on tour.

2. The location of the warehouse where he stores hundreds of snap-on hairpieces.