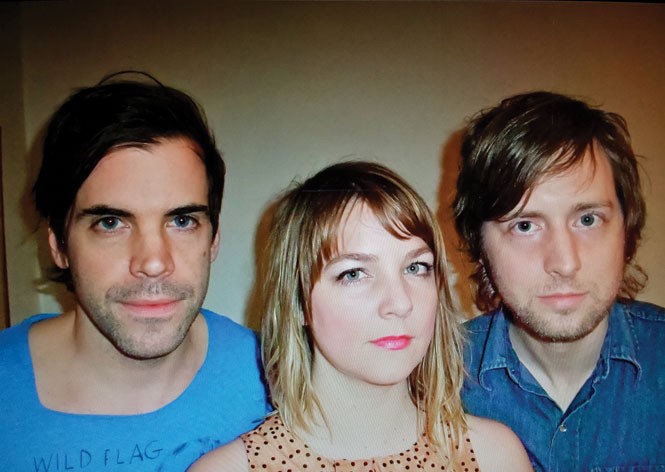 A brush with death is often a time when people rediscover God, but for Drew Grow, it had the opposite effect—at least musically. After the Portland, Ore., singer-songwriter/multi-instrumentalist was hospitalized as a result of a serious car accident in 2011, he trimmed his band Drew Grow & the Pastors' Wives down to three people and ditched the folksy group's neo-gospel style.

Revamped as Modern Kin, the trio—previous Pastors' Wives members Kris Doty (bass) and Jeremiah Hayden (drums) complete the lineup—realigned themselves with their musical goals. Since taking on the new band name in 2012, they've been "putting down some roots and getting our bearings," Grow says. "Individually, we each came to a fresh decision that music is necessary for us, and that without it, our lives are missing something massively essential. That kind of decision is purifying, and I find the band now has ... muscle, clarity and musical unity."

As a result, Modern Kin have been able to throw themselves into their music with a vengeance, smashing the stylistic rules they'd been restricted by in the prior project.

And that crashing sound is massive, thanks to the band members' six hands all doing as much as possible. "We're a three-piece band, but we really push ourselves to make the sound as wide as possible," Grow says.

Modern Kin also features Grow being freer with his songwriting, as evidenced by the cryptic, colorful, symbolism-rich lyrics in songs such as the restless and driving "40 Winks" and the sizzling, organ-laced "Big Enough to Cook," with lines like, "Sugar comes to those with their toes in the water/ With hands on their thighs, with their ax at the root."

On this album, Grow says, he made "a conscious effort to push myself out of easier places and into some new territories. I'm so happy when a lyric takes a risk and surprises me. Nick Cave referencing Miley Cyrus floating in a pool [in 'Higgs Boson Blues'] takes some stones."

But the magic ingredient that ties everything together is the significant live energy in Modern Kin's work. Whether it's heard on Modern Kin—a large portion of which was recorded live—or the messy and forceful Live From the Banana Stand, which was recorded live in front of an audience in Portland and released Sept. 16, Modern Kin's music is alive with energy that listeners can feel. It's the product of a band that's unafraid to color far outside the lines.

"These new songs are written with more space in mind—musical space—and a more personal boldness than previous," Grow says. "I feel they are more imaginative. The world that they create is a new place for me, and I like exploring."