While some Utah politicians raise little money, others have been spending quite a bit on travel. 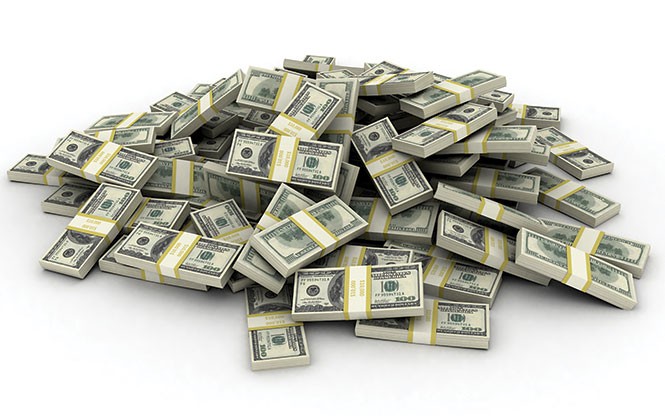 In this modern era of elections, where cash is nearly as important as oxygen, much can be learned by which corporations and individuals are courting politicians with fat checks.

In Utah, though, where many races are uncompetitive—aided by the state's high number of Republican voters and unique convention system that can provide a frictionless path to the general election ballot—the money game is less robust.

For example, Greg Hughes, the Republican speaker of the house, has raised only $65,235 this election season. But without a hefty campaign donation system, it is much easier to cull corporate influence in Hughes' financial disclosures.

Through September, only three real people contributed to Hughes' campaign, while 49 corporations and other business entities donated. The usual suspects—drug companies like Pfizer, Phrma and oil companies like Tesoro, Chevron and Big West Oil—all gave to Hughes.

The same is true for other legislative leaders, whether Democrat or Republican. Hughes' Democratic counterpart, minority leader Rep. Brian King, raised $34,655 this election season, with the largest contribution ($17,929) coming from donations made to his previous campaigns. Of the 35 other donations, only seven came from individuals, with the remainder flowing from various special interest groups.

Statewide campaigns, like those for governor and attorney general, are typically more flush with cash. This is certainly true this year for Attorney General Sean Reyes, whose campaign statements show that through September he has raised $530,342.

During that same month, Reyes' Democratic opponent, Jon Harper, citing health concerns, abruptly withdrew from the race. Judging from Reyes' campaign finance disclosures, though, it's a bit foggy just how worried the incumbent might have been over the months about the former challenger's odds at winning.

Reyes has spent $18,206 on advertising since January—only slightly more than he has dropped on airfare. He's boarded dozens of flights over the past few months, spending $14,116 on airline travel. This does not include the $22,148 that the campaign has paid directly to Reyes for reimbursements for airfare and other travel expenses.

Alan Crooks, general consultant for Reyes' campaign, says the attorney general often travels to conferences and summits around the country to learn about, and to speak to, the problems facing the world.

For instance, Crooks says Reyes recently attended the U.S. Chamber Institute for Legal Reforms in Virginia, where he addressed attendees. The attorney general, Crooks says, has also become an expert of sorts in cyber security, and recently traveled to the San Francisco area to hear from various companies about the latest cyber security technologies.

The campaign foots the bill on these trips, Crooks says, whenever it is determined that the journeys might not be solely for the state's benefit.

"Some of the areas that he is a particularly unique AG to understand, he's been called upon to go and speak on those issues," Crooks says. "If there's any questions on whether it's state-sponsored or not, we want to be above board."

One of the matters Reyes has honed in on during his time as AG involves human trafficking. He even took a secret trip to Colombia in 2015 and joined law enforcement in a raid on a human-trafficking ring.

So it has been a bit incongruous that Reyes, a Republican, has stood firm by his endorsement of Republican presidential candidate Donald Trump, who was recorded boasting about sexually assaulting women.

After the video of Trump was released, Reyes issued a statement in which he denounced the candidate's claims. "Mr. Trump's comments were remarkably inappropriate and unacceptable under any circumstance," Reyes wrote. "They reflect a blatant disregard for the rights of women. To boast of conduct as he did and demean women in such a vulgar and objectifying manner is indefensible. I am deeply offended. I am immensely disappointed."

Disappointment or not, Reyes continues to stand by Trump. Crooks says he does so because the presumptive alternative, Democratic candidate Hillary Clinton and her husband, former President Bill Clinton, have had their own rocky path with accusations of sexual misdeeds.

And, Crooks says, if Clinton is elected, she will get to appoint at least one person to the Supreme Court, and possibly hundreds to other federal courts—a possibility that he says Reyes is so weary of that he will continue to support a candidate that Crooks says "appalls" him.

"It's very difficult," Crooks says of Reyes' decision to stand by his endorsement of Trump. "But it's also very difficult to do something that would help encourage people to vote for Hillary Clinton, who has gone after women who have been assaulted by Bill Clinton."