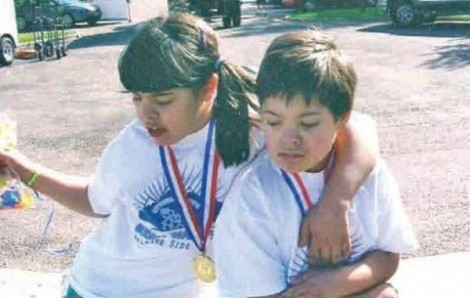 In July 2005, when Uruguayan couple Edgardo Flores and wife Sylvia Mendes heard about a woman in a Hispanic ward of The Church of Jesus Christ of Latter-day Saints who might be able to help them with their undocumented status, they were desperate enough not to ask many questions. They have four children, two with Down syndrome.

Sylvia Mendes says Leticia Avila offered her and her husband some hope. “She knew someone in a high position who could help us,” Mendes says. Avila allegedly asked for $4,000 up front as well as a copy of their passports and of their LDS temple recommends, to prove they were “worthy.”

Between June 2005 and spring 2006, Avila, who also goes by her maiden name, Cardenas, allegedly convinced up to 20 undocumented South American couples—some from other wards— to pay her from $2,000 to $8,000 in cash to obtain work permits that never materialized. Not too long after that, Ken and Gloria Deyhle, a couple who supervised missionary activity in the Mill Creek branch—where Avila was a member until she more recently relocated to Clinton—overheard several branch members complaining about Avila wanting more money. The Deyhles went to the U.S. Attorney’s office and blew the whistle on the alleged scam.

In summer 2006, the Deyhles, who run an international foundation promoting literacy, convinced 16 couples to go to the U.S. Department of Homeland Security and swear out a complaint against Avila. City Weekly obtained copies of 13 U.S. Customs Service affidavits, witnessed by Ken Deyhle, which detail Avila’s alleged scheme, and the paper has interviewed three families who claim they paid Avila money.

The federal agent originally in charge, Lillian Acuna, allegedly told the undocumented Latinos who had given funds to Avila that they could hire a lawyer and go before a judge to plead their case to stay in the United States, no matter what the outcome of the investigation into Avila’s activities.

As it turned out, however, the price for speaking out for undocumented immigrants such as Flores and Mendes was more than they bargained for. The Uruguayan couple entered the United States on a visa-waiver program on Dec. 12, 2000. That waiver is stamped in their passports, which federal agent Acuna took possession of. The visa allows foreign nationals to stay in the United States for 90 days. But, by signing the visa, visitors are automatically denied any right to judicial hearings, which Acuna likely would have known. “That was not explained to us,” Ken Deyhle says bitterly, obviously distraught that he had encouraged the immigrants to come forward with their stories. “That’s deception.” 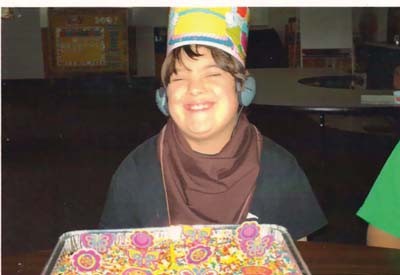 At the beginning of April 2009, armed immigration officers turned up on the doorstep of Flores and Mendes’ Rose Park home. The case against Avila was closed, the officers told them, and they were to be deported. They have until June 1 of this year to show Immigration and Customs Enforcement they are preparing to return to Uruguay.

Immigration lawyer Aaron Tarin represents five families who filed sworn complaints against Avila. None have criminal records and all face deportation. Tarin believes the fed’s case collapsed for lack of evidence to support federal charges, which require a heavy burden of proof. Since Avila only took cash, there was no paper trail. U.S. Attorney Utah spokeswoman Melody Rydalch refused to comment, saying her office does not comment on investigations.

However, she noted, in “cases similar to this,” where viable federal charges have not resulted, “the scenarios can be very frustrating and hard for the people concerned.”

Avila, when contacted by City Weekly, initially denied knowledge of the scheme. According to Ayres Law Firm attorney Branson West, Avila works for him as a part-time legal assistant and has brought clients to his Sandy-based firm specializing in immigration and DUI cases. A number of scam victims alleged in their affidavits that Avila presented herself as an immigration attorney.

In a subsequent interview, the elegantly dressed Avila admitted she took money from “six to eight” couples at the Mill Creek ward. She gave the money, she says, to another LDS Church member whom she had come to know through a chance meeting at El Arepaso, a restaurant on Redwood Road. According to numerous affidavits from the investigation, she claimed it was through divine revelation that she came to know this man. He claimed to have a friend working in the Department of Labor who could falsify papers for undocumented immigrants. “I thought the Lord was using me as an instrument in his hands,” Avila says.

City Weekly contacted the man Avila alleges is behind the scheme. Shouting in Spanish over the phone, he denied all knowledge of the scheme. He said that he was bankrupt and claimed Avila owed him $25,000, which she denies.

While Avila acknowledges the scam’s victims “trusted me,” taking out loans they could not afford, she says she’s a victim, too. She described herself as a bridge for the funds and said that she would never take advantage of anyone. “How stupid I was trying to help these people,” she says.

Avila’s help included pressuring some of the victims to buy life insurance from her, according to the affidavits. The Deyhles say many victims fear Avila’s retribution. Several have moved to new apartments or even left the United States. The Deyhles want the federal government to give Avila’s alleged victims more time, in case President Barack Obama’s administration provides an amnesty program for undocumented immigrants. “They did a very courageous thing [coming forward],” Gloria Deyhle says.

Flores and Mendes are less concerned about Avila than they are about the future of their two children born with Down syndrome, Englishspeaking Yanyn, age 15, and 14-yearold Daniel, whose hearing problems severely limit his ability to talk. While they have individualized education in Utah and the possibility, in Yanyn’s case at least, of future independent living, in Uruguay, their mother says, the children will be in a daycare institution with one teacher for people with all types of handicaps, age 3 to 50.

Lawyer Tarin says undocumented clients who question their attorney’s work are often threatened with being reported to ICE. “This whole fiasco will make it much more difficult to bring those who take advantage of the immigrant population to justice,” Tarin says. “Now, these lawyers will be able to say, ‘ICE will deport you, and it’s true.’”