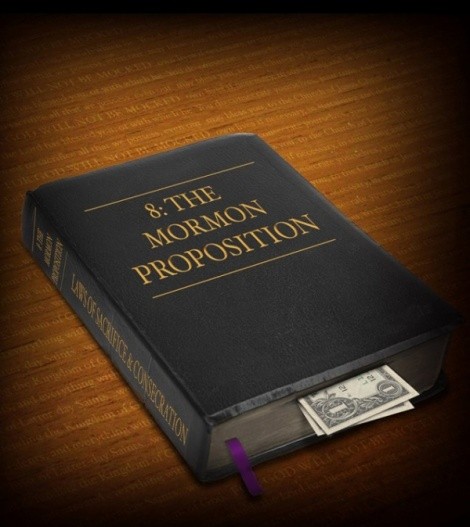 “I love Mormons,” was the last thing filmmaker Reed Cowan said to me. “I just want them to love me back.”
Cowan is the writer, director and executive producer of the upcoming feature documentary 8:The Mormon Proposition, about the Church of Jesus Christ of Latter-day Saints' involvement in Proposition 8, the ballot initiative that banned gay marriage in California.
The trailer (see below) was played more than 26,000 times on YouTube after its release this week.
Cowan is a native Utahn--now living in Florida--former Mormon, gay father of 16-month-old twin boys, and returned LDS missionary. He worked for KTVX Channel 4 in Salt Lake City.
Cowan says his film begins before Prop. 8 in 2008. The church, his film reveals, has a long history of inserting itself into politics when gay issues are on the ballot.
“You will see how the LDS Church took their beliefs and doctrines and put that directly in public policy in Hawaii, then replicated that plan across the U.S.,” Cowan said.
The film didn't start out, however, as an investigation into the LDS Church's political maneuvers.
Cowan set out in 2008 to make a film about homeless Mormon teens in Salt Lake City who say they were kicked out of their homes when they came out as gay. But as the year progressed, the Prop. 8 fight got louder, hotter and more Mormon.
“I began to realize the teachings of Mormon leaders resulted not only in homeless teenagers, but also one of the largest ballot-measure shams in the history of the United States,” Cowan said. “The film is going to show you that many [critics] of the LDS Church's efforts believe misinformation was spread rampantly in California by Mormon members.”
That false information included, Cowan said, that a failure to pass Prop. 8 would force the LDS Church to perform gay marriages, a suggestion none other than firebrand former Salt Lake City Mayor Rocky Anderson claims is “patently false,” in 8.
The film also features Utahn and Mormon author, poet and playwright Carol Lynn Pearson%uFFFD(Facing East, Goodbye I Love You). KRCL's Troy Williams, a radio producer and playright (The Passion of Sister Dottie S. Dixon), also appears in the film. Utah County gay-rights stalwart Bruce Bastian is Cowan's other executive producer. Utah documentarian Steven Greentstreet (This Divided State, Killer at Large), is also a producer (to read City Weekly's interview with Greenstreet about 8, click here). Former Utahns Spencer Jones and Tyler Barrick also play key roles, if the trailer is any indication.
Academy Award winner%uFFFDDustin Lance Black, himself a former Mormon and gay man, voices the narration of the film. He won an Oscar last year for the screenplay to Milk.
That may be helping the film's business prospects, but certainly the hard-hitting trailer has raised curiosity about the film as well.

“I've had two jaw-dropping majors [distribution companies] out-of-the-blue call me, pretty much saying, 'What do you want?'” Cowan says. Usually bidding wars for film distribution happen after the distributors have seen the film. “What we're telling everyone is we're sticking to festivals first, then distribution.”

When and where the movie will premiere depends on which festivals accept the film. 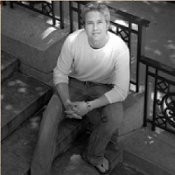 8 is Cowan's second film. His first, The Other Side of the Lens, discussed the death of his first son. Cowan is hoping admission to the Sundance Film Festival will give him a great reason to return home, at least for awhile.
The release of the trailer this week also had another effect. Many blogs authored by Mormons, Cowan said, have attacked him and the individuals in his film before they've seen it. “I think they forgot the first rule, which is to love.” That treatment began months ago, however. An interview Cowan did with Utah Sen. Chris Buttars for 8, in which Buttars discusses “pig sex” and other justifications for his homophobia created a media firestorm when it was leaked in March.
8 does not make fun of Mormon beliefs, but Cowan said they are discussed in great detail. One must understand the Mormon concept of the afterlife—in which family and marriage play crucial roles—in order to get to the root of the church's denouncement of homosexuality, he said. “There's nothing that mocks or makes fun of Mormon beliefs. We lay out the doctrines in a respectful way.”
Cowan said he believes the LDS Church will someday change its views on homosexuality, but said the struggle will be as difficult as it was for African Americans. Until 1978, black Mormons could not hold the priesthood. For now, at least, gay Mormons can only remain in the church if they swear off any sexual activity with a person of the same gender. “Let's call it what it is,” Cowan said, “it's a holy war.”
It's clear Cowan is angry and disappointed at the church, but like many gay former Mormons, his family is still devout and the church still has a presence in his life as a result. Contrary to rumors I've heard, he and partner Greg Abplanalp, both originally of Roosevelt, Utah, didn't leave the state because of the homophobic political climate, but for job opportunities.
The best question I asked Cowan tried to prick at those conflicts between family, faith, history and sex. I asked him if anything about his film makes him nervous. He paused longer after that question than after any other.

“I have dear friends who are Mormons,” he began finally. “I have a heritage that goes very far back into Mormon history. I'm proud of my Mormon heritage. And, anyone who knows me, knows I can't stand when somebody else hurts. It kills me. If I have trepidation, it's that when growth happens, there's a period of pain. I hate that the content of this film will likely cause a period of pain for people I love.”