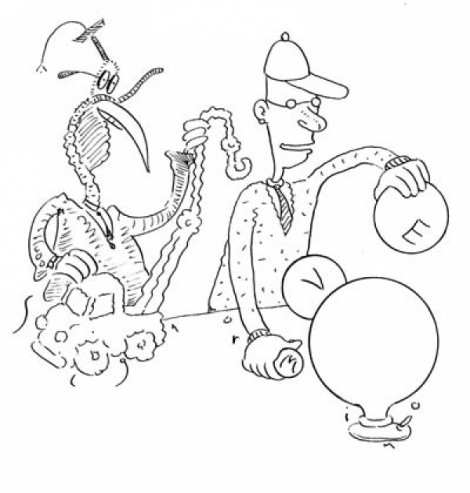 With the dearth of good real estate on Earth, I’ve been considering alternatives. One obvious candidate is Mars. However, in its current orbit, it’s too nippy and the air is too thin to satisfy anyone except Sherpas. How much energy would it take to move Mars into Earth’s orbit? Would it work better if we moved Venus instead because of its similar size to Earth? Please answer quickly as I need to finalize my retirement plans. —James Borowiec

I have to tell you, I admire the balls behind this concept. We’ve already got one planet pretty much hosed. Why not go for two?

I assigned my assistant Una to look into what it would take to haul Venus or Mars into the same orbit as Earth. Una’s engineering résumé is sparse in the planetary relocation department, but I figured it was just a matter of moving some decimal points. To be on the safe side, however, she teamed up with Noam Izenberg, a planetary scientist at the Johns Hopkins University Applied Physics Laboratory. Results: Assuming 1. Mars doesn’t rip apart from the stress of moving, and 2. its moons, Phobos and Deimos, come along for the ride, we’re looking at close to 9.8 x 1031 joules of energy to drag it down by us. That’s roughly the same kick as 234 trillion 100-megaton nuclear warheads. Moving Venus would take still more energy—multiply the above by 8.5.

Discouraged? Don’t give up so fast. One idea out there is to change the orbit of a good-sized asteroid or comet—about 100 kilometers in diameter—so that it swings by one of the inner planets and then back out to, say, Jupiter. As the cosmic tow truck passes our target planet, it uses its gravitational attraction to tug the planet in the desired direction, then hurtles back to slingshot around Jupiter, picking up more energy in the process. Repeat a few thousand times with a few score asteroids and there you go: Mars in your backyard.

This technique has been proposed as a way to drag Earth away from the ever-brightening sun that otherwise will eventually snuff out life on our planet. It has some downsides, though. One is that, each time the asteroid comes by, it’ll exert a tidal force 10 times greater than the moon’s, wreaking havoc on the oceans and weather. Another is that some Poindexter on the relocation team is bound to make a unit conversion error along the way, and when the asteroid slams into the Earth—well, that’ll be a real pisser. Luckily, we don’t need to worry about things like that if we’re moving Mars or Venus: If we make one planet go boom, we’ve still got a spare.

Once we get the planet where we want it, though, we’ve still got our hands full. However bad the environment on Earth is, Venus’ is worse. Atmospheric pressure is roughly 92 times ours, the planet has no free oxygen or water to speak of, and the surface temp is hot enough to melt lead. Mars has an extremely thin atmosphere but its temperature, while chilly, isn’t so bad, and it’ll get warmer when it’s closer to the sun. That alone might cause enough melting at the Martian poles to release ice-bound CO2 and create a greenhouse effect. If not, we can always try focusing the sun’s rays with orbital mirrors or crashing (smaller) asteroids into the ice.

Not done yet. Both Venus and Mars lack a substantial magnetic field, a problem for two reasons. The first, as I’ve explained before, is that a magnetic field protects surface inhabitants from space radiation. The second is that the magnetic field helps keep the planet’s atmosphere from being stripped away by the solar wind. While we don’t know exactly why Mars lost its atmosphere or how much it had to start with (a probe is being launched in 2013 to shed light on these stumpers), the absence of a magnetic field is a likely culprit and would probably put the kibosh on its retaining an atmosphere in the future. You may object that Venus seems to be hanging on to its atmosphere just fine, but don’t be deceived—it’s shedding atmosphere, too. It just has so much more to lose that it’ll take a long time to reach Earth’s atmospheric density.

In short, moving planets doesn’t seem like a cost-effective use of federal funds, although given some of the other ventures we’re pouring tax dollars into, it’s not something I’d completely rule out. (Note that NASA did raise the possibility in a press release dated April 1.) I hate to be one of those use-sunscreen type of guys, but the most economical thing to do is quit scuzzing up the planet we’ve got.