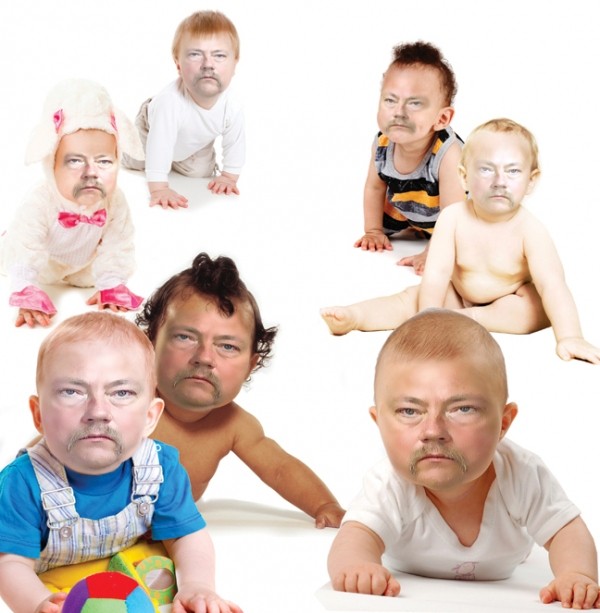 For five years in the early ’90s, I lived two houses down from Tom Lippert, the now-deceased fertility-clinic worker known these days for switching out his sperm and fathering one (or many) children. But even before Tom Lippert became a salacious national story, giving birth to taglines like “sperm switch,” he was a notorious figure in my community.

Our neighborhood was close-knit and caring, full of families with young children, many of whom were Cub Scouts—we lived on an average, curving suburban street filled with ramblers and split-level homes. People there knew each other and interacted regularly. Parents formed carpools to share the task of driving kids to school. The local LDS Church wardhouse was often unlocked in the evenings, when groups of boys played basketball far into the night. There were always enough fun-loving children for my kids to each have several friends.

Lippert was the fly in the ointment of the otherwise idyllic scene. Several neighbors remember the handmade signs he’d post on his garage. Beyond the simple “Keep Out,” there was also “No Kids Allowed” and “Condoms are cheaper than diapers.”

When my 4-year-old son rode his Big Wheel past Lippert’s house, he always yelled, “Get off my effin’ property, brat!”

Julie Lott, who eventually bought my house and lived by Lippert during his scariest years, from 1994 to 1999, remembers him sitting in his driveway with Greg, his so-called bodyguard and handyman, getting drunk and yelling at every kid who passed by.

“He had this notion that if any kid was near his yard, it gave him the right to be abusive,” Lott says.

But as loud and intimidating as his shouts were, he kept his dark secrets locked away. While his neighbor Layne Nielson knew Lippert’s job involved “something about a lab and samples,” Lippert didn’t tell people he worked at a fertility clinic. He told some neighbors, including me, that he was an attorney. When we put our house up for sale, he said, “I’m a real-estate agent. Let me sell it.”

And his deceptions had a more violent streak, too.

Lott was standing in her living room one night when boulders the size of cantaloupes suddenly shattered every window that faced the street. “I felt instant cold air and thought, ‘I’ve got to get my kids out of here,’” she recalls.

Later, she says, “We had cameras set up on our bunk beds. We wanted to get a record of who did this in the middle of the night.”

“His wife happened to be awake and she saw a man she thought was Tom, limping and running away at 2 a.m.,” Nielson says.

A few months before that incident, Lippert had broken his heel, his widow, Jean, explains. Nielson recalls that neighbor Elizabeth Grannis told him she’d seen Lippert trying to access his house, which he’d locked himself out of, by pushing his large wheeled garbage can next to the gate to his backyard and climbing on top of it. He fell off the garbage can while trying to lift the gate latch and broke his heel.

Nielson says that when he saw Lippert the next day, “he said that the mob was after him and that they had sent two guys to ‘rough him up,’ but that he fought them off.” 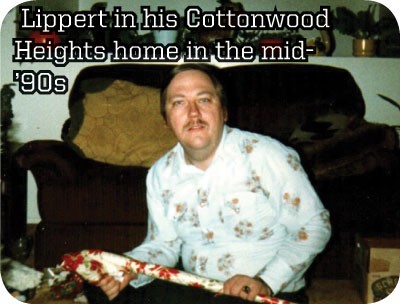 Lippert consistently hinted at having grandiose hidden agendas, Nielson says; he at times mentioned that he was involved with the CIA or that he’d gone to Cuba and talked to Castro.

While we knew Lippert was strange and sometimes scary, we never knew the real Lippert, whose life was built on deception, bullying and alcoholism.

None of us knew that Lippert had served two years in prison for kidnapping Purdue University student Susan Cochran in 1975. We never guessed Lippert had been a law professor by the age of 26, or that he’d lost his license to practice law because he’d been convicted on conspiracy charges after the kidnapping.

Lippert had found Cochran from a “ride wanted” card she’d posted and picked her up from the campus Alpha Chi Omega house. He’d conceived of the idea of performing “love experiments” on the girl, which included locking her in a black box and giving her electroshock-therapy treatments in hopes that he’d brainwash her into falling in love with him, according to court documents.

He accepted a plea bargain that reduced the kidnap charges to conspiracy on condition that he submit to psychiatric treatment for 90 days.

Years later, though Nielson and Lott made several calls to the sheriff, the Salt Lake County Sheriff’s Office shows only one arrest record for Lippert. On May 2, 1998, at 11:18 p.m., he was arrested for “disorderly conduct and interfering with a public servant.” He never served any time for the vandalism.

“He knew the law,” Nielson says. “He was a felon, but his guns were registered in his wife’s name, and Greg, his bodyguard, carried them around. Anyone attempting to trace out his web of deception and manipulation would come away baffled. This included law enforcement.”

And as with the sperm-switching, Lippert was never punished for the vandalism.

“The only people who ever paid were his victims,” Nielson says.

AN UNCHANGED MAN
When I first met Lippert’s widow, Jean, who was married to him for nearly 20 years, I thought that the calm, dignified brunette, who worked as a nurse, was the sensible “straight man” to Lippert’s flamboyant eccentricity. I had no idea, and neither did anyone else that I know of, that he held her captive through fear and intimidation.

In Minnesota in the late ’70s, as the time of his jail release grew near, Lippert ran a classified ad, seeking a pen pal to write to him. Jean answered the ad and they corresponded.

Jean first met him after his release, when a friend of Lippert’s hosted a party for him at his house. 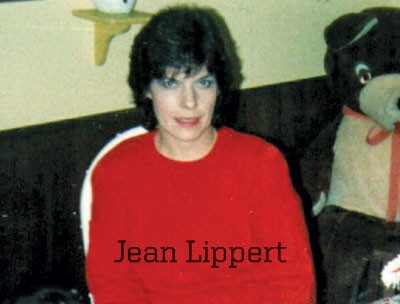 “He was nice looking, and he told me he was very sorry for what he did,” she recalls. “He said he was going to go straight and be a really good citizen. That he had paid the price and learned his lesson.”

The two soon began dating, though his halfway house was about an hour from her home. She worked evenings, so he came over during the day. “He had to be back by a certain time, but we could spend a lot of time together during the day,” she recalls.

She was a nurse, and Lippert talked about wanting to go to medical school.

“He wanted to go to medical school in Wisconsin and to establish residency there,” Jean says. “So he thought it would look good if we married there.” Six months after they began dating, they married in the office of a Wisconsin justice of the peace.

“He wanted me to quit my job and try to get a job in Wisconsin,” Jean says. “I had just a year to go on my LPN [licensed practical nurse] retirement, and was not going to lose that retirement because he wanted to move.” So they lived in her Minnesota home, and he drove to Wisconsin every week and came home on the weekends.

She recalls that he got a couple of interviews to be considered for medical school, but was never accepted. “It was a big letdown for him.”

Lippert was an only child—and a spoiled one, Jean says. “I hadn’t known him that long when he called his parents to ask for $5,000,” she says. “My mouth dropped open. I could never do that with my parents.”

When he’d graduated from Notre Dame Law School, his parents gave him a brand-new Porsche. “He never had to work and save up for something he wanted,” Jean says. “He wanted everything now.”

His parents took out a second mortgage on their house to accommodate one of his loan requests. “He gave them one payment and called to say he wanted another few thousand dollars, and if they didn’t give it to him, he wouldn’t make anymore house payments,” Jean recalls. “They ended up paying off that loan themselves.”

In 1988, Lippert decided to move to Salt Lake City because he knew someone at BYU. He completed several pre-med classes there, with the hope of someday attending medical school, and got a job at the University of Utah’s Community Laboratory at Millcreek, later called Reproductive Medical Technologies, Inc.

Still, he always yearned for his lost potential of working as a law professor.