Mummies of the World 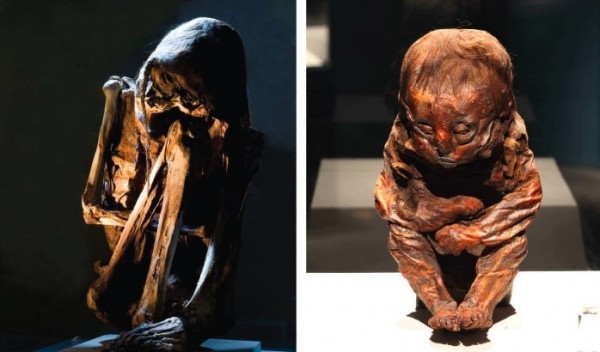 The Mummies of the World exhibit at The Leonardo has brought mummies and artifacts from around the world to Utah, but it has also brought something that has made a more intensive, arduous journey: the mummies’ stories. The collection of 150 objects—including more than 40 mummies—is the largest such collection ever assembled, with items from five different regions of the world, including seven European countries, from 21 loaning institutions.

The exhibition had its genesis in the German Mummy Project’s 2004 rediscovery of 20 specimens in the basement of the Reiss-Engelhorn Museums in Mannheim, Germany. Mummies of the World has been traveling since July 2010 around the United States, and its stop at The Leonardo will mark its only visit to the Intermountain area.

Marc Corwin, president of American Exhibitions, says, “We considered what the American public would like to see that’s entertaining, engaging and also fulfill our mission of providing something that’s really educational and enlightening.”

These mummies are hardly the anonymous, ghoulish creatures we remember from horror movies. They are all recognizable as real people with real lives. The Detmold Child, discovered in Peru, was radiocarbon dated as being 6,420 years old—about 3,000 years prior to King Tut’s birth. Viewing a life cut short is moving on a number of levels.

Nes-pa-qa-shuti is an Egyptian man dating from around 650 B.C., wrapped in bandages, complete with sarcophagus, displayed with the lid removed for viewing. The High Status Male Mummy was unwrapped ages after his mummification, but his remains are remarkably well- preserved, indicating that he had the means to obtain high-quality embalming. For the Egyptians, mummification was an important part of the process of passing into the next world, and their preservation lets us peer into both their lives and their view of the afterlife.

Hungarian family Michael and Veronica Orlovits and their son Johannes were part of a group of mummies discovered in a church crypt in Vac, Hungary, in 1994. It is thought that the entire village perished in the 18th century from tuberculosis. It’s remarkably poignant to see a mummified family exhibited together, and scientists have also been studying the remains’ DNA in hopes of vanquishing the disease.

The Baron von Holz, a German nobleman, died during the Thirty Years War in the early 17th century. He was discovered by his descendants in his castle crypt and sports leather boots never worn while he was alive. Like all these subjects, he provides a slice of history, a moment from the story of human existence on Earth.

These mummies and relics are exhibited under glass, with utmost respect and dignity—the Orlovitz family in replica period garb, the Egyptian mummies in the state in which they were discovered. A mummified woman from ancient Peru—“Seated For Eternity,” her head cocked to one side, long hair partly in braids—is astonishingly evocative. These aren’t all like the regal Egyptian monarchs lying serenely in state.

Heather Gill-Frerking, director of science and education for the exhibition, had formerly worked with the German Mummy Project. “The most surprising thing is how widespread the mummification process was,” she says. “In parts of South America, the Chinchorro culture used mummification 7,000 years ago.” She says that some cultures mummified everyone, not just the upper echelons of society.

Mummification hasn’t always been intentional, however; some of the mummies from South America and Asia are from regions of the world so arid that mummification occurred naturally. The exhibit includes mummies of animals, burial objects from South America, Egyptian salts and resins utilized in the process of mummification process, and fragments from an Egyptian Book of the Dead. These objects provide additional insights into the lives and cultures of these people.

Mummies of the World also includes multimedia kiosks and other interactive exhibits. Videos explain how a mummy is created when the natural process of decomposition is arrested and shows some of the insights we have gained from studying mummies. New scientific methods of study—including computer tomography, magnetic resonance imaging, DNA analysis and carbon dating—have provided nonintrusive avenues into understanding the mummies’ lives, histories and cultures. “These are real people,” Corwin says. “In learning about them, we learn about ourselves.”

Mummies of the World helps complete not only the mission of American Exhibitions, but that of The Leonardo as well. “It has made the most profound impression, the connection with the stories of people in this exhibit,” says Leonardo Executive Director Alexandra Hesse. “Through science and technology, we can understand a little about their lives. One of the most important aims of science is to connect us to each other, and remind us of our humanity.”