This electro-thrash duo of Greg Bower and Josh Holyoak has become one of the most popular go-to party-starter acts in Salt Lake City in short order. Formed in 2009, the songs on Muscle Hawk's two EPs, The Speed of Dark and Super Future, have garnered serious play from local DJs, and their live appearances have expanded to include an intricate light show to go with the rapid-fire, big-bottomed beats booming from the speakers. Whether playing a club or big outdoor shows like Craft Lake City or the Utah Arts Festival, Muscle Hawk has it going on in a big way right now. See for yourself when they headline the Dance Evolution awards. Club Edge, 615 N. 400 West, 8 p.m.

The sometimes poppy, sometimes punky sound of The Future of the Ghost is one of my favorites among Salt Lake City bands. The group of SLC scene multitaskers includes Will Sartain, Cathy Foy, Maht Paulos and Andrew Sato, and they’re working on album No. 3, but are taking a break to host the fourth-annual Future of the Ghost Christmas Sweater Party, with DJ Rebecca Mcintosh making sure the dance floor is full when FOTG isn’t playing. The Urban Lounge, 241 S. 500 East, 9 p.m., $5

Holy Water Buffalo CD release
These young Heber lads just won Velour’s battle of the bands in Provo. That should assure a decent amount of interest in Holy Water Buffalo's new CD, which they’re celebrating with a show that also includes Max Pain & The Groovies and Red Dog Revival. They’re part of the ’60s psychedelia-meets-garage-rock revival that’s blossoming in Utah’s music scene, and just might be one of its best proponents. The Urban Lounge, 241 S. 500 East, 9 p.m., cover $5

Wednesday Dec. 29
EVE
Downtown Salt Lake City’s three-day party to celebrate the end of 2010 and the beginning of 2011 gets started with a fine slate of music on a couple of stages inside or near the Salt Palace Convention Center. On the outdoor Bandemonium Stage that will be located on West Temple between 100 South and 200 South, you can catch a lineup that includes Ryan Innes, The Last Look, Jarrett Burns and 2 1/2 White Guys. Inside the cozy confines of the Salt Palace, you can find the Chill Zone Music Stage, where Dave Hahn, Joslyn, Paul Jacobsen and Joy & Eric will perform. All shows for this first night of EVE will take place between 6 p.m. and 10 p.m.; check out EVEslc.com for a full schedule and more details. Salt Palace Convention Center, 100 S. West Temple, 6 p.m., $10 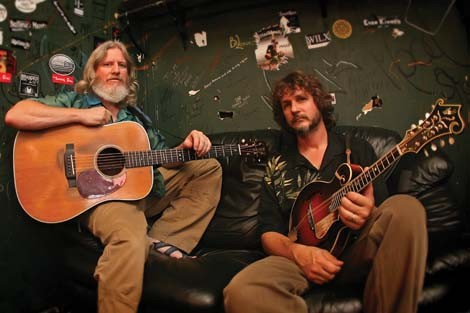 When Drew Emmitt and Bill Nershi joined forces to create the Emmitt-Nershi Band, it was truly a supergroup situation in the minds of jam-band fans across the Rocky Mountains. As leaders of two of the biggest bands in the genre—Emmitt with Leftover Salmon, Nershi with String Cheese Incident—the duo had delved into bluegrass, blues, jazz, rock and country in their respective crews. Together, they still delve into those styles, but remarkably, they consider the Emmitt-Nershi Band even less confining stylistically than their full-time gigs. As Emmitt puts it, there’s “more room for experimentation.” That’s good news for fans who like to see Emmitt really cut loose on his mandolin (or fiddle, or guitar) and Nershi shine on guitar solos. With Andy Thorn on banjo, and soon-departing multi-instrumentalist Tyler Grant rounding out the group, Emmitt-Nershi Band might be the ideal start to your New Year’s Eve party two days early. Puddle Mountain Ramblers open the show. The State Room, 638 S. State, 8 p.m., $15 advance/$18 day of show 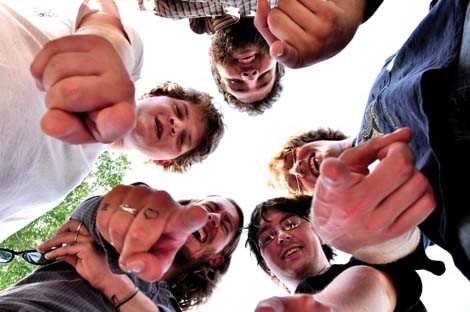 Fox Van Cleef
This Ogden band delves into older sounds like garage-rock and soul in its music, but they’re not afraid of incorporating more modern fare like hip-hop beats and electronic flourishes. Fox Van Cleef’s most recent release, the Pleasure Thieves EP, is full of tasty morsels, and you can be part of the band’s next release. Fox Van Cleef’s upcoming gig at The Urban Lounge will be recorded for a live album. Go ahead and cheer loudly so you can hear yourself on the future release, but I’m sure the band would appreciate you refraining from any “Freebird” requests. The Urban Lounge, 241 S. 500 East, 9 p.m., $5