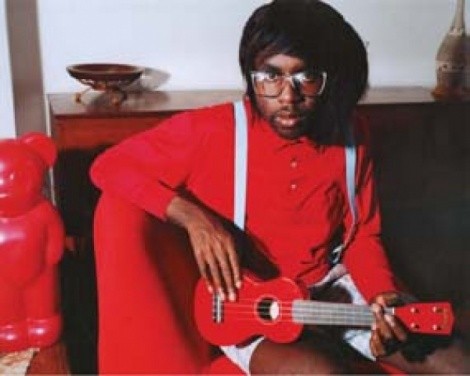 It’s easy to compare the death of a mid-level indie band with proverbial trees that fall, perhaps silently, in the woods: If no one is there (or cares), does the breakup really happen? Chances are, the answer is “no,” and band members are forever linked with their past musical endeavors (who can talk about Mars Volta without At the Drive-In nostalgia?). Bob Mould and Lightspeed Champion are two musicians who have two very different methods of moving on after the dissolution of previous projects.

Bob Mould (who has made a career of breaking up bands) probably knows his biggest fans are really just his Husker Dü fans, and he’s done a good job of appeasing them throughout his versatile career. The notoriously stubborn singer has retained the Dü through his ventures in everything from alterna-rock (Sweet) to his recent electronic/DJ outfits (Blowoff), all of which culminate in his recent solo album District Line (Anti). The opening track “Stupid Now” takes advantage of Mould’s strengths: heartfelt lyrics, epic highs and solemn lows. It’s even hard to stay mad at him for missteps like the heart-on-sleeve sap of “Old Highs and Lows” and the electro-indulgence of “Shelter Me.” Because of all the different influences elbowing for space, District Line is a choppy album. However, underneath all the synthesized tomfoolery and arena rock, there’s still the viscus of Mould’s early punk days, and that’s good enough.

If Lavender Bridge (Domino) is any indication, Devonte Hynes didn’t take the break-up of the Test Icicles very well. Test Icicles (heh heh) scored major buzz back in 2006 for their mix of dance/punk/trash/gangsta rap versatility but disbanded as fast as they came. Severing any connection of his former project, Hynes’ trades his synths ’n’ screaming for genuine melody and pop-folk for Lightspeed Champion. Instead of maturity, however, Lavender Bridge sounds watered-down and the tracks are mostly indistinguishable from one another. “Galaxy of the Lost” sounds like a fitting warm-up song to anything Bright Eyes puts out, and the nine-minute “Midnight Surprise” reaches for grandeur but remains mundane despite several movements. However, there are some ridiculous/repulsive lyrics that recall the playfulness of Test Icicles (“wake up and smell the semen”), but they only serve as a cruel reminder for when Hynes’ music had, well, testicles.