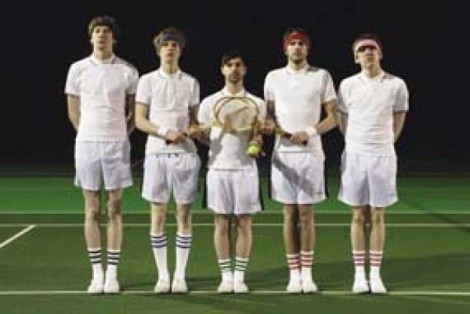 It’s pretty easy to determine the quality of an interview based on the subject’s first response. It mostly happens with phone interviews: Bad connections make for staggered conversations, and subtleties that regularly exist in human interactions get lost in translation.

Jimmy Smith, guitarist for dance-punk outfit Foals, does not make for an easy interview. Between him giving instructions to a cab driver while we talk and the delay caused by trans-Atlantic separation, we don’t necessarily establish a good phone repertoire. Plus, Smith is just not a very talkative bloke.

This is a little surprising considering the energy behind Foals’ music. While most bands in the indie-dance-punk movement are moving toward heavily synthesized sounds, glitches and distortion (see Bloc Party’s new material), Foals are moving in the opposite direction. Their debut album, Antidotes (Sub Pop), undermines the standard dance mold that defined their singles and thatwon them so much attention in the blogosphere. The album replaces snotty Cure-pandering and eight-bit sounds with lush instrumentation (a horn section finds its way on the rerecording of previous single, “Balloons”), atmosphere, and hints of Afrobeat. With such an exciting, organic sound, you’d think Smith would be eager to talk about the big change. “

On [Antidotes], we wanted to experiment with sounds,” murmurs Smith. “We used a lot of old-fashioned Rhodes piano, drive pedals, amps. We tried to combine old sounds and new sounds, which we’ve never done before. We’ve had a lot of Afrobeat comparisons, but there wasn’t a conscious effort to sound African. We didn’t realize that’s what we were doing. Talking Heads are a big influence on us, so that may explain it.”

Smith is even less enthused to talk about Dave Sitek, the producer of Antidotes. Sitek, guitarist for pioneering musical act TV on the Radio, has lent his unique producing-skills to equally forward-thinking bands like Liars and Yeah Yeah Yeahs and is considered one of the most innovative minds in music—which made it incredibly hard for Foals to reject his final product. The decision to ditch Sitek’s mix has stoked Internet speculations that there is now a feud between the two bands, an accusation that Smith swiftly denies.

“I’m sick of people saying that [Setik and Foals] had a huge falling out. The media loves that kind of rock & roll bullshit,” he says. I nervously adjust my press hat on the other end.

“We just didn’t like how he mixed our album—we were going to remix it anyway,” he continues. “Up until then, it had been our baby, and it sounded as if control was taken away from us. But there are no hard feelings.”

In fact, the only topic that gets Smith talking is beer. “We recorded Antidotes in Brooklyn so we were there for five weeks,” he exclaims. “The 4 o’clock last calls, the free-poured drinks … it’s just crazy over there.”

When I tell him about the measured shots and 3.2 percent beer he’ll find in Salt Lake City, Smith laughs. “Sounds a lot like London.”