Music | Deed After Deed: RZA works out his demons via Bobby Digital 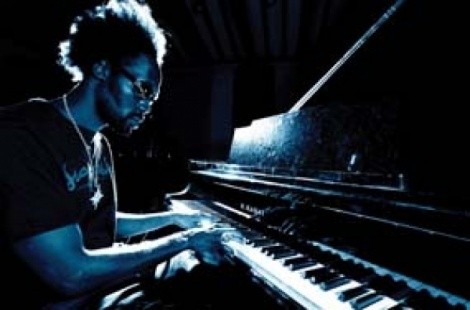 "Peace,” is his greeting. Guy says he’s cool, “just chillin’ and shit.” The image that forms isn’t of a hip-hop star soakin’ up chlorine and Hennessey in his pool; it’s of a superhero in his fortress of solitude—maybe a castle of crystalline ice, like Superman’s crib. That’s ’cause this is the RZA, de facto leader of the Wu-Tang Clan, among other things—some mysterious, like his purported ties to organized crime; others are verifiable, like his alter ego Bobby Digital, which is the reason he’s on the line.

Why, exactly, a guy like RZA needs to create an alter ego is virtually beyond comprehension. He’s a kung fu master and philosopher, he’s at the top of the hip-hop game, and perhaps soon—with his roles in Derailed and American Gangster and his scores for Quentin Tarantino’s Kill Bill films—he’ll rule Hollywood. He uses his power, his celebrity, for good: within Wu-Tang, he strives to sow a philosophy of peace and good times. He’s at least a pop-culture icon, if not already a superhero. But the RZA is who he is. Bobby Digital is the dark side: who RZA was, and may still be, as he endeavors to walk a shinier path.

“I had a crazy imagination [as a child],” he says, his effusiveness bubbling up through his hip-hop cool. “I would walk to school, and by the time I got there, I done started a movie in my head. Then I would go to school, do everything I gotta do, and then walk home and finish it. It would be all kinds of movies, from horrors to martial art movies. I definitely had a wild imagination.”

That’s no surprise, given the back story and general aesthetic behind Wu-Tang, which is as serious and spiritual as kung fu and as fun as Fat Albert & the Cosby Kids. But does the kid in RZA feel superhuman? Or at least like a cartoon character?

“I think no,” he says. “To be honest, sometimes I feel like one of the mutants [from the X-men], man. You know what I mean? Bein’ a part of the Wu-Tang is definitely a blessin’ too, gettin’ to show our skills and our talent and shit. But also, it’s not a overnight thing. It’s years of sharpenin’ our lyrical and our musical swords. But it was also somethin’ that was inherent in me. When I first heard hip-hop, I must’ve been 7 years old. But if you ask my older brother, he says since the age of 3, I was readin’ Dr. Seuss in rhyme and rhythm.”

The RZA, or Ruler Zig-Zag-Zig Allah, represents “the quest of life. If you take everything I’ve done and will do and put it all together, that’s that Zig-Zag-Zig, right there.” Bobby Digital is a different characteristic, “a growth to RZA. Bobby Digital is somebody who actually fell down from grace and needs to rise up, back to the RZA.” The character debuted a decade ago on the In Stereo album and appeared again with the 2001 release Digital Bullet. The saga continues now on the newly minted Digi Snacks (Koch), which features guest spots by John Frusciante, Shavo Odadjian, Dexter Wiggles and backing band Stone Mecca, and is due next month.

RZA likens Bobby Digital’s arc to the story of the Silver Surfer, particularly when he was exiled to Earth by planet-gobbler Galactus. “Because he tried to help the Earthlings, he had to win back the ability to travel the universe with his cosmic power. He was contained, and he had to keep doin’ deed after deed to win back his freedom,” he says.

Digi Snacks finds RZA fleshing out Bobby Digital’s identity and story, which parallel RZA’s own. “This is the snack pack, showin’ you some sides of him,” he says. “It includes songs that’s life-related; it includes songs that are totally like science fiction.” The line between the two is hard to differentiate, and RZA alludes to his own promiscuity and bad deeds—ostensibly, when he was charged with shooting that dude in 1993.

“[Bobby Digital]’s still strugglin’ with his sex—tryin’ not to be so promiscuous,” he chuckles. “His growth is basically at that point right before I started Wu-Tang Clan. I was at that point where I had demons inside myself. And it took a tragedy for me to snap out of it.”