Music | Down Lounge: Drinking with SLC’s Spencer Nielsen at Tony’s 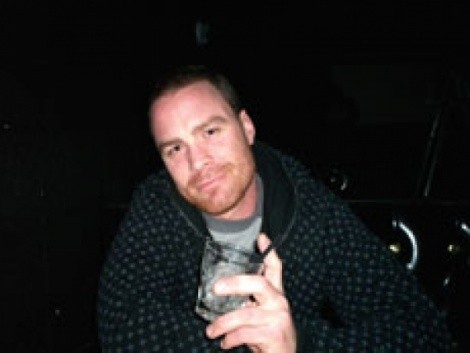 It’s been at least six months since the last installment of Fubar, the irregular feature wherein we take local musicians out to a random club for chat and drinks—judging by the flood of letters, you’ve missed it as much as we have.

This episode, brought to you by Natalie of Future Brands spirits distribution (more product placement to come), finds us drinking with Salt Lake City singer/songwriter/pianist Spencer Nielsen. You may know the name from his long run at the now-defunct Cabana Club, where Nielsen was a Thursday-night fixture for years. These days, he’s added bass and drums to the act to better represent the sound of his two albums, Simple Vibe and Taking Control, and he’s branching out to new venues—like Tony’s (3165 S. 1300 East), where tonight we’re knocking back vodkas and whiskeys (Absolut and Canadian Club, respectively—told you the product placement was coming).

City Weekly [Whiskey, rocks]: I haven’t been in this place since it was PJ’s years ago. There was a band of old guys in tuxes playing lounge tunes, and they served a great Philly cheesesteak sandwich. Not the band, the bar.

Spencer Nielsen [Vodka & Red Bull]: Yeah, I prefer playing places that have food. [Almost on cue, Tony himself informs us the kitchen will reopen soon.]

CW: How are you coping with the loss of the Cabana Club? Have you resorted to roaming the streets with a “Will tinkle for food” sign, yet?

SN: I’ve never really had to chase down gigs before; I’m just not very good at it. The first place I ever played was actually The Tavernacle. The manager would tell me how to play what people wanted to hear, that I didn’t play that Garth Brooks song just right, on and on, just pinning me down. But when I started playing at the Cabana, they told me I could play whatever I want. I can’t play other people’s music—well, I could, for the right amount of money. But I’d rather play my own stuff.

SN: I hope that’s to my advantage. I like playing shows with Kevin Burdick; his music is more on the softer-rock side, so I like the contrast. He’s also a better promoter than I am, so he brings a lot of people out [laughs]. We have different styles, but everybody seems to like it.

CW: Your stuff, musically and lyrically, is a little on the darker side—I’m going to call it “Down Lounge”; feel free to use it. But the only influences listed on your Website are Jack Johnson and Billy Joel—WTF?

SN: [Laughs] Did I say that? It’s tough for me to draw comparisons. I think I play the piano the same way an acoustic guitarist plays, very rhythmic—that’s the only comparison to Jack Johnson I could make. And I loved Billy Joel growing up—I just wanted to list him first to get Elton John out of the way [laughs]. The guy who got me into piano was actually a local LDS new-age artist, Jon Schmidt. He lived in my neighborhood, gave me lessons for a few months. Playing weddings and missionary farewells was my thing for a while. But, when people ask me what genre I’m in, I don’t know what to say. Some people mention Tom Waits and Dr. John, even the Dresden Dolls. I never get anything I can use!

CW: Any parting words for Fubar readers, like “I will march to victory on the bones of my enemies” or anything?