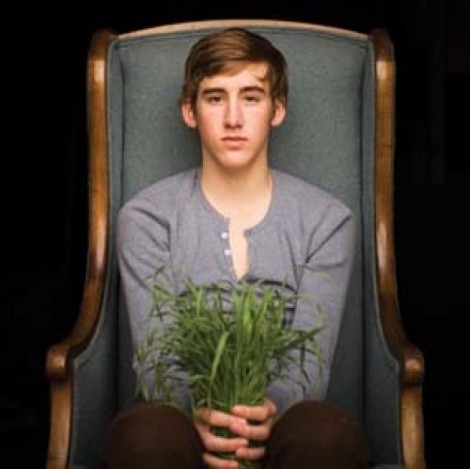 For Isaac Russell, music is “just another extracurricular activity.” It doesn’t hinder his studies or make him any cooler than his peers who play football or participate on the debate team. Perhaps more extraordinary, however, is where his musical pursuits have taken him four years after learning his first chord. At 16, Russell has released a full-length album under the name RuRu on Northplatte Records, a debut on which label mate and fellow Utah County resident Joshua James played an integral part. He’s also touring with James, opening several Northwest dates for the rising artist who himself toured with David Gray last winter.n

Two nights before the big tour, Russell appeared in more familiar territory at Provo’s Velour, opening for California’s Leslie and the Badgers and Salt Lake City’s The Devil Whale—one of his biggest musical influences. Watching him play the all-ages venue before a handful of open-mouthed peers in wrinkled T-shirts and skate shoes, it’s easy to see why Russell looks up to musicians in his own back yard: they make success appear to be tangible.

Though Russell admits to being freaked out before every show—“I’m always scared”—onstage, he comes alive. Armed with a voice beyond his years, Russell belts out songs with a thundering ferocity that contradicts the nervous kid in the parking lot who described the difficulties of collaborative songwriting as a process that “sucks.”

His debut album Elizabeth is similarly charged, with themes of sin and doomed souls looming prevalent throughout the pristine 11-track disc. On the title track, named for his mother who passed away in 2004, he sings, “I’ll try my best here, love/ but when I don’t succeed/ Please come visit me in hell/ ’cause that’s where I’ll be.”

“Her name was Angela Elizabeth Russell, so we took her middle name,” Russell says, sitting hunched and stooped over in Velour’s back parking lot. He looks down and fiddles with loose gravel, his face growing dark for a moment. “That song is about the beach trip we took before she died and dealing with the whole death situation. I stopped writing for so long. I got so depressed. But, everyone goes through that …”

Well, not exactly. Not every teenager faces tragedy before junior year, and even fewer handle it with such grace and dignity. But Russell is more unique than he lets on. His ability to express heavy emotions without cliché might have something to do with his passion for the blues. He won’t try to emulate legends like Howlin’ Wolf—“A white guy playing blues? Eric Clapton has a good voice, but it’s kind of fake. I like him for his guitar skills”—but he definitely incorporates the type of weighty subjects that any great bluesman might holler out at his maker.

“I let Satan inside of me/ Now I’m damned for eternity/ and he’ll come for you next so stay the hell away from me,” he sings on “Scared to Death.”

After the Velour show, Russell steps offstage and joins his friends. “Dude, you were awesome!” they shout. And just like that, he’s just another kid who plays music—on a school night.