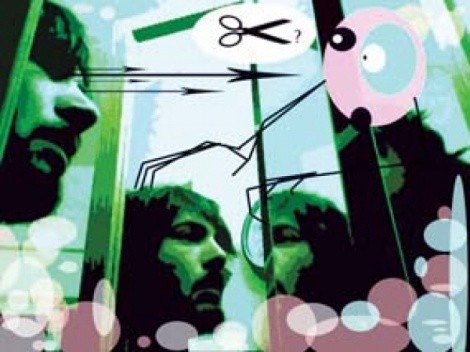 It’s hard to describe the music on Saint Delay without making it sound tedious: It’s countryish, bluesy and slow—the beats sound like they were recorded through molasses. However, Aye Aye has crafted these elements into 40 minutes of endearing and (unexpectedly) exciting music. Multi-instrumentalist Andrew Alba uses a twangy steel guitar (which becomes the album’s protagonist) and chain-gang-style singing—elements that, alone, would’ve secured a solid record. But then, he adds atmospherics and other experimentalisms to create something entirely unique (jazz saxophone—WTF?). Oddly, the most unsatisfying tracks are the conventional ones—the piano part on “Sarah” sounds like it was taken from the Fiona Apple archives. 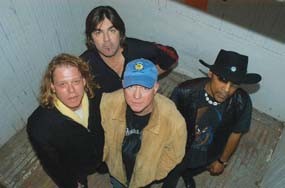 Swimming Upstream is obviously a product of skilled and schooled musicians, and there’s undeniable reassurance in listening to something made by experts. But all the slick production can’t cover up the fact that you’ve heard these songs before in your parents’ record collection. Playing a nice mix of adult-contemporary rock, it’s hard to not compare LionFish to Tom Petty or Santana (which may or may not be favorable). However, tracks like “Red Rock Rendezvous” and “Son Song” are potent enough to silence any rocking noob. 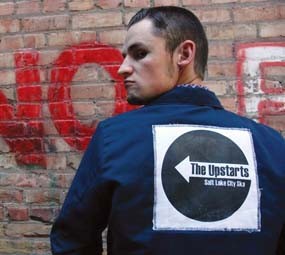 Maybe all the years of watching bumfight videos have made me cold because I generally don’t fall for overtly positive music like ska. Every once in awhile, however, an album comes along that gives me the sunny nostalgia of watching ska shows in Happy Valley; SLCS&RM is that album. After the B-movie sleaze of opener “Salvation Day,” the album settles into a genuinely catchy groove. “Socialist” alone will make you want to dust off that bowling hat and those two-tone shoes. While they don’t bring anything new to the table, The Upstarts will do until the th generation of ska hits big.