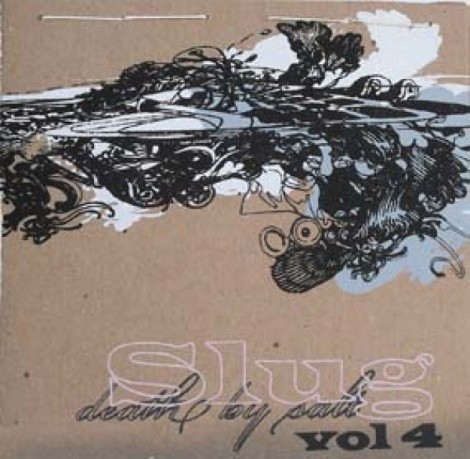 Avant music is to the music world what Andres Serrano’s “Piss Christ”—ya know, that photograph of a crucified Jesus submerged in the artist’s urine that ruffled all those upper-crust feathers back in the late ’80s—was to the art world: a complete dismissal of convention in hopes of sheer, carnal impact.


SLUG magazine’s fourth Death By Salt compilation features Salt Lake City’s finest practitioners of this art. From the overpowering distortion of AODL’s metal-influenced pandemonium to the ambient electronics of Nolens Volens’ hard-drive fried electro-pop, it’s clear that the “avant-garde” label embodies a communal attitude more than the claustrophobic, stylistic classifications of the traditional genre. Trends do not apply here.

Salt Lake City seems to have no shortage of experimental artists pushing toward the more abrasive frontiers of their genre. Night Terror’s “Kill the Neighbors” make this excruciatingly clear as four minutes of low-end static spastic ally give way to dog-calling feedback and overdriven guitar moans. Similar sonic headaches are delivered by I Hate Girls with Bruises’ “Fetish Grinder” and, to a minimalist, horror score-esque extent Kqwiet’s “Prelude to an Electric Wake.”

However, our city’s avant devotees can find solace in the melodious eccentricity of artists like 1h86335, whose contribution, “Gr33nland,” melds the blips and bleeps of Europe’s numerous electro-brainiacs/ Radiohead’s Kid A muses with hints of trip-hop melodies. Another featured ear-pleaser (well, relative to the grind) is Nonnon’s “Rimmung II,” a keyboard/sample FX mash-up with a techno-thumped bridge.

Shining brightest through the static, though, is Hew Mun’s “Can You Hear My.” As a sweeping soundscape, strongly nodding toward early avant-electro artists Can and Faust, rests above quivering keyboards, sporadic bleeps and industrial sounding baritone moans, Hew Mun forges a powerful feeling of separation from reality.

This is what “avant garde” artists strive to bring to life: a masterpiece that tears its listener out of their 9-to-5, black tie and stale coffee existence and gives them something genuinely, legitimately new. Death by Salt Vol. 4 exposes a burgeoning music in Salt Lake City that aims to do just this. God bless ‘em.

For those in search of producer-polished hooks and pretty faces, turn and run. But for those seeking the next stage in SLC’s sonic evolution—the blood, guts, and yes, urine-drenched Jesuses of the local music scene—this compilation will be your bible. (SlugMag.com) tttt