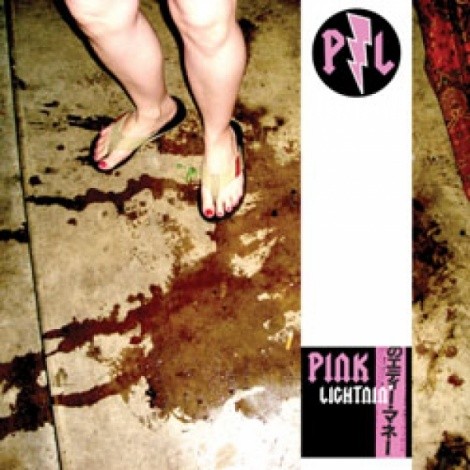 After a rough day of listening to complex indie albums—trying to decide which themes are most poignant to the overall sound or whether or not a glockenspiel is justified—it’s nice to kick back and wrap yourself up in a Confederate flag and listen to some rawk. With far more bands veering into experimental territory, two Salt Lake City bands stick to dirty rock that’s fun … if nothing else.


Pink Lightnin’ embraces its lo-fi sound like any respecting, barroom brawling band should. The album starts out with a slow guitar riff that would make Jack White proud, building toward an inevitable explosion. But the factors that make this record so appealing at first soon become its biggest detractor: the energy and cheap-production quality leave a lot of the songs sounding alike and at times retread (compare “Drugs” to the Stripes’ “Blue Orchid”).

Where Pink Lightnin’ has hectic rock-energy, Mean Molly’s Trio relies more on vocalist Timm Gehrett’s voice to get the party raging. Sounding as if ravaged by years of hard liquor and sword swallowing, his delivery is fit for Anytown USA’s shadiest biker-bar. Overall, Things I See is more plodding than inspired, often dragging on one tedious guitar solo. MySpace.com/PinkLightnin, MeanMollysTrio.net

I’m sure trying to have a dance-party with Linus is very frustrating. First off, he’s probably one of those stubborn people who insists on listening to all vinyl, all the time, and it has to be something obscure—none of this Top 40 crap. But, damn, can he make a record. Linus already proved himself as a producer behind some quality tracks off MindState’s Call the Cops. His self-produced solo album just adds to his credibility with so, so fresh instrumentals. Often grounding his tunes in a heavy drum beat, Linus layers samples rooted in retro, funk and even tenderness to create the perfect soundtrack for a night of introspection. MySpace.com/LinusMuzic

With some of the members of BGB being from the U.K., I’m tempted to fill this review with some dry, British wit—but there’s no way to show I’m dressed as a woman (one thing I’ve learned from watching late-night BBC: men in drag=hilarious). While it’s not altogether necessary to know the cultural roots of BGB, it looms prevalent in their music. This four-song EP is filled with the sort of biting rock and snot that’s synonymous with British punk—a nice, unique addition to SLC’s music scene. Although the recording is brief, there’s no denying the catchiness of the album closer “Clock In Clock Out,” which recalls the best work of mid-’90s Brit-punks, Elastica (who were jolly good!). MySpace.com/BigGunBaby