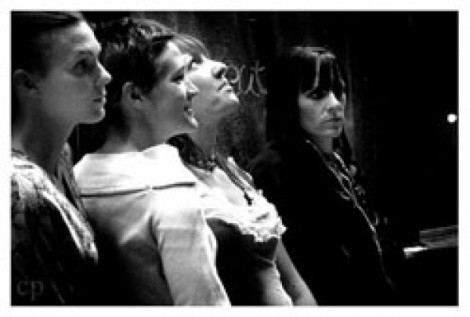 Since their ramshackle house-party debut two years ago, heavy-folk quartet Subrosa has established a ferocious confidence that translates best onstage, with singer/guitarist Rebecca Vernon staring daggers and breathing fire over banshee beats and eerie electric violin. Many groups struggle to translate such live intensity to studio recordings, and while Subrosa’s earliest efforts (namely rough four-track demos) came close, Strega only succeeds in fits and starts. When the record peaks, it slays with haunting, full-bodied tracks including “Strega,” “Black Joan” and “Go Down, Moses,” a cool number with chants echoing through what sounds like an ancient temple. An ancient, evil temple, of course. Also up there, “Christine,” although it seems like a mistake to eliminate the deliciously bratty taunts that propelled the original version’s chorus. Others, namely “Crucible” and “How to Neglect Your Heart,” lose much in translation, with muffled vocals and violin that’s muted in all the wrong places. A solid effort, and worth picking up, but we’ll still hold out hope that Subrosa will continue to grow.
MySpace.com/SubrosaTheatre 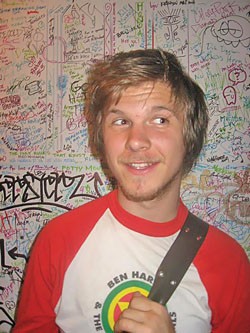 Chaz Prymek might seem like a mellow dude, but this low-key artist is living on the edge! Seriously. These days, it can be difficult to push a record that’s not loud, fast and/or out-of-control. Modern music lovers want a challenge—a break from the sounds that defined so many generations before them. What, however, could be more difficult than convincing risk-takers to settle down with a collection of intimate acoustic-guitar instrumentals? Prymek’s short-and-sweet LP demands listeners to pause, perhaps put on a pair of headphones, and close their eyes while the nimble-fingered guitarist manipulates strings without amps, vocals or look-ma-no-hands virtuosity. Even the occasional bass, spare electric guitar and trumpet take a backseat to Prymek’s intricate compositions. Bonus points for cool accents like the sound of water droplets trickling slowly on “A Jacuzzi Scene.” One complaint: It might help to mix things up a bit. By the end of the album, it’s easy to … sorry, I just zoned out.
MySpace.com/ChazPrymek