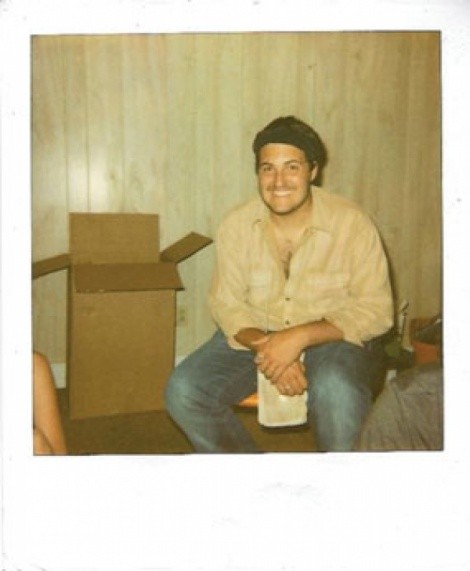 Although music has always been near and dear to Grizzly Prospectors!’s sole member Parker Reece Yates, he didn’t officially consider himself a musician until the summer of 2005.

“The creative juices were flowing, and I couldn’t deny them any longer,” says the bearded 21-year-old on an arctic-cold January evening at Kilby Court.

Yates has always harbored a special fondness for the music of Burl Ives, the prolific performer whose robust voice helped make the 1964 animated version of Rudolph, the Red-Nosed Reindeer a classic.

The name Grizzly Prospector! is Burl Ives-inspired. “The grizzly prospector is the character of Yukon Cornelius. It was a childhood idea of mine to use that name someday,” Yates explains.

Why the affinity for Yukon Cornelius?

The magnificent beard (“Beard is love,” Yates is fond of saying) and the voice, naturally, along with other difficult-to-articulate qualities that are best left unsaid.

And the exclamation point on the end Grizzly Prospector!?

If he were alive today, Burl Ives would certainly approve of Yates’s full, smooth voice, punctuated by a subtle astral vibrato. Listening to Grizzly Prospector! is akin to over-hearing a deep-voiced modern-day troubadour singing songs in the middle of a dense forest, absently strumming his acoustic guitar.

“Weezer was my favorite band growing up,” Yates says, “But now I think of them like a child of mine taking drugs. I don’t agree with what they’re doing right now. But, alas, they’re my [children], and I will always love them.”

Yates grew up in Farmington—a sleepy northern Utah town whose biggest claim to fame, the Lagoon amusement park, is quickly becoming overshadowed by A Star Records, the local label behind a recent outpouring of innovative experimental and post-punk.

Yates refers to A Star Records artists—many of whom are under 21 or barely legal—as “the kids from up north,” and is happy to be featured on the roster of a showcase with fellow up-and-comers Navigator, Aye Aye and Stag Hare on Feb. 6 at Kilby Court.

“I really enjoy playing shows in Utah at places like Kilby,” Yates adds, “There’s a good community of artists here. And audiences are really respectful, and they listen.”

A star released Grizzly Prospectors!’s acoustic debut album in late 2006, entitled These Are Songs. Yates’s first recording proves that his remarkable angelic voice, offbeat sense of humor and impressionistic songwriting style differentiates him from most bland singer/songwriters with acoustic guitars.

“I hesitate to call what I do folk music. Traditional folk is very structured, and what I do is certainly not,” Yates explains.

A Grizzly Prospector! performance often includes bits of spoken word—in addition to plenty of awe-inspiring singing—and meandering songs that last 10 minutes or more. Yates insists that he is primarily a vocalist and not much of an instrumentalist. “I always participated in choir and all of that fun stuff when I was younger, but I didn’t seriously pick up a guitar or any other instrument until fairly recently.”

Grizzly Prospector! is currently hard at work on two new albums, the first of which will tentatively be titled Cycles. “This next release will be a little bit more lo-fi. Like a garage band on my laptop,” Yates says, “There is a set of three chords that runs throughout Cycles. It wasn’t intentional. I think my subconscious knows music better than I do.”

The second release Grizzly Prospector! Sings the Songs of Little Indian is still in its infancy. Yates explains that he often plays new songs live to test them out and develop them before recording them.

At the end of our conversation, Yates imparts a bit of Yukon Cornelius-like wisdom: “Every moment not shaving is a moment growing a beard.”