Music | Mommy Dearest: Maylene & the Sons of Disaster have turned a Southern legend into a tale of redemption 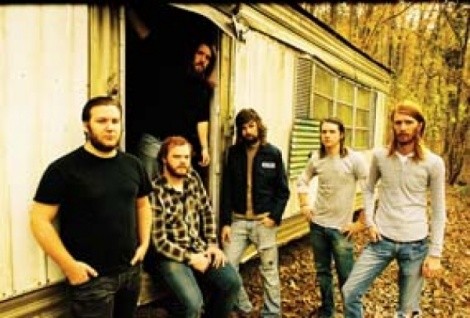 Dallas Taylor’s grandpa used to tell him the story—even if everyone in Ocklawaha, Fla., already knew it: How the Barker-Karpis gang had terrorized the South. Robbed stores. Kidnapped people. Killed a few county sheriffs. And then went down in a shower of steel.

It was Jan. 16, 1935. Maylene “Ma” Barker and her youngest son Fred, one of her so-called Sons of Disaster, were renting a cabin outside town. G-men in from Washington snuck up on the cabin hoping to arrest the pair. Things went sideways quick. Shots were fired. The Barkers were gunned down. Only Bonnie and Clyde ate more federal metal. And as a way of warning the locals, the bodies of Maylene and Fred were put on display right in the middle of town—old-school intimidation at its finest. Grandpa Taylor saw the bullet holes with his own eyes.

Dallas Taylor loved that story, probably because all he ever saw of the infamous event was the recreation the Lion’s Club put on every year for the tourists. “They have cotton candy and everything,” he says with a chuckle. “You can eat while Ma gets gunned down.”

Taylor prefers Ma covered in blood, a wicked end to a wicked life. Which explains a lot about Maylene & the Sons of Disaster, Taylor’s latest band. The one-time frontman for Christian hardcore outfit Underoath has made a career out of sin—denouncing it mostly. But when he was bumped from Underoath in 2003, reportedly for wanting to get married—it showed a lack of commitment to the band, evidently—Taylor was sure he’d left his preaching days behind. He settled down with his wife in Birmingham, Ala. He got a day job. He gave up singing.

Then he remembered Ma. He’d started screwing around with a few of his friends—nothing too solid. Wasn’t even meant to be. It was just good-time metal—stuff that Taylor figured was too odd for most folks. It had the snarl of Taylor’s hardcore roots, but it also more than tipped its hat to Southern tradition—something akin to Mastodon on a .38 Special binge. “The first time we played a show, everyone was like, ‘What is this stuff?’” he says.

But when Taylor started writing lyrics about Ma and the boys, weaving in some Old Testament fire and brimstone, everything started to click. “The whole thing quickly became about divine justice,” he says. “If you do these bad things, you’re going to pay.”

Which Taylor and his band mates—now bassist Roman Havaland, drummer Matt Clark, and guitarists Chad Huff and Kelly Scott Nunn after some recent shake-ups—do on a regular basis. On II (Ferret), the group’s sophomore disc, the band takes on the role of the Sons, with Taylor often howling out narratives of vile murders and shameless evil while the rest of the group re-creates the Barker-Karpis gang’s worst sins in its own way. Guitars pop off like a massive Browning automatic. Drums thump like a body landing in a shallow grave. Regret never shows up in the equation.

Like on “Darkest of Kin.” It’s like Skynyrd after making a deal with the devil—all booming, evil boogie rock just begging for Satan to tap a keg and get to partying. And Taylor: He barks out lyrics that could have sprung right from the mouth of one of the four horsemen of the apocalypse, stuff like, “Family’s begging for their lives but, giving in’s no trait of mine/ hit your knees and pray, pray you never see this face.” Not very Christian—at least not anything outside of Revelations. Same goes for “Death Is an Alcoholic,” if only because Taylor takes on the persona of Ma giving her dying love to her boys and urging them to be strong. Even II’s only acoustic song, “Tale of the Runaways,” is flat-out eerie, the Sons of Disaster re-creating the legend—Grandpa’s version of the legend—in all its gory glory.

Which, for Taylor, is the whole point of doing the project: reaching into that part of him that he normally would never touch, “That’s what fascinates me the most about this stuff,” Taylor says. “I still very much have my Christian beliefs, so it’s hard for me to understand people like this, or like Jim Jones or even Hitler—people who are so warped that they believe the evil that they are doing is actually good. This band is about understanding that and understanding how you will ultimately pay for those actions.”

In Ma’s case, payment was a body full of bullets. Cotton candy was not an option.