Josaleigh Pollette's Pandemic Year Bedroom Demos
Since Josaleigh Pollet has been on the Utah scene since she was basically a kid, her Bandcamp archive is no stranger to teenage acoustic demos. As she's gotten older and plied her craft as a musician in her '20s, however, Pollett has moved into projects with grander ambitions. That includes her locally-celebrated 2020 release No Woman Is The Sea, where she collaborated with a full band, filling out her down-to-earth folk leanings for an album's worth of big emotions—grief and heartbreak, chiefly. But with a uniquely hard year came a return to more modest recording. Pollett's Bedroom Demos 2021 is an acoustic, straightforward collection of songs, but one full of epiphanies that ring out like isolated, lonely bells. Mincing no words about her state of mind, on opener "Sad Old Sleep Singers," she sings "I start to wonder if my heroes had made it, would they still be heroes to me? Molina and Berman, it was sadness that killed them." From there Pollett ponders the spectrum of grief, from the growth that can come from loss ("Sunflowers") to the reality that she may make the same mistakes again. She admits warily on "for the tempo," "I have lost myself often, I will do it again / Like I knew I would. Like I tend to do. / What is it you like? I could like that, too." On the truly lo-fi iPhone recorded "Earthquake Song" Pollett is paranoid, wondering if the same hurts are "another earthquake / or just the garbage truck?" Despite this tossing and turning between regret and acceptance alike, Pollett finishes the collection on a semi-bright note with "Easy to Forget," which feels like a memory, or a dream of the future, where alongside strident strumming, she sings about dancing with someone who brushes her sadness off, for a moment. Demos or not, Pollett's emotional clarity found a conduit in her bedroom, and it's well worth anyone's time to listen. Find it at josaleighpollett.bandcamp.com.

New Nights at Hive Live
Hive Live nights are taking off at Soundwell, and since they sell out fast, here are a string of upcoming dates to get a ticket for quick. The locals-focused series will feature artists across genres, so there's something for everyone. On Saturday, April 24, three artists take the stage, including Changing Reign, who will be showcasing his new album Love That Scars. The solo artist will find support in Vintage Overdrive and Waterside Road—the show starts at 8 p.m. and tickets are $12. On Friday, April 30, Soundwell will host reggae band Leopard Skin Zebras, with support TBA. That show starts at 7:30 p.m., with tickets at $10. And though it may seem far, dates for the Saturday, May 1 show may also sell out quick, so take a look. Dangus Kong will be at the top of the night's lineup, but with support from promising locals like Courtney Lane and The Eric Heideman Band, the side project of one member of Dangus Kong. That show starts later, at 8:45 p.m., with tickets at $10. Despite these dates being beyond the April 10 lifting of the mask mandate, Soundwell will, it seems, be keeping all of their COVID protocols in place for the time being: buying tickets in groups of between two and six; sticking with that group once inside the venue; social distancing from other groups; wearing a mask; and generally being respectful of rules that are just there to keep everyone safe. Visit soundwellslc.com for more info on these shows, their protocols and ticket links. 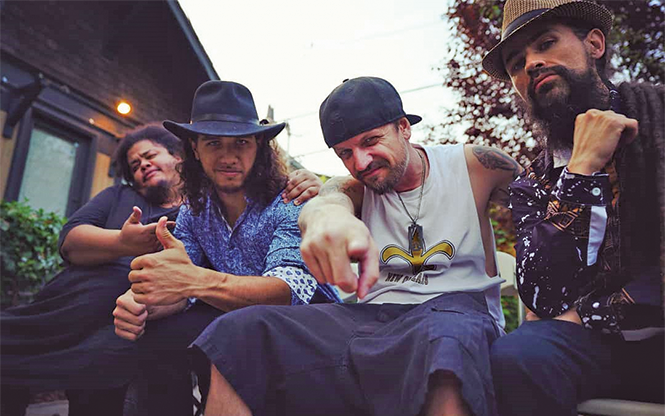 The Boardwalk Hosts Yes Horizon Music Festival
It's not that surprising that Orem would be one spot to jump head-first back into events, and one new local venue is spearheading the movement there. As part of a young up-and-coming music scene, The Boardwalk opened last year just as the pandemic was just becoming "real" here in the States, and promptly closed for most of the last year. However, they've been easing into hosting small shows for local artists in the area throughout the pandemic—and, as a summer comes where many feel safer going to bigger gatherings, they're going for something even bigger in response. Enter Yes Horizon Music Festival. Taking place May 14 - 15 at The Boardwalk, the two-day fest features a ton of locals, including headliners 19 Miles Per Hour and Suit Up, Soldier, on Friday and Saturday nights respectively. Other notable acts include Park City country kid Carver Louis, heavy indie rockers Beach Death, Sunfish (whose debut album City Weekly reviewed last week), the zoomer-ified EDM of Southernmost Gravy, blues rock from The Fameless, soloist Simon Griffen, and almost two dozen more. It's certainly a diverse lineup on top of being a robust one, and something fun to look forward to for those who haven't gone to any shows whatsoever this year. Tickets are $25 per day, or $45 for the weekend. Yes Horizon Music Festival kicks off at 1 p.m. on Friday, ending at 11 p.m. on Saturday. Follow @yeshorizonmusicfestival on Instagram for updates, or @theboardwalksound for more news from the venue's other show offerings. 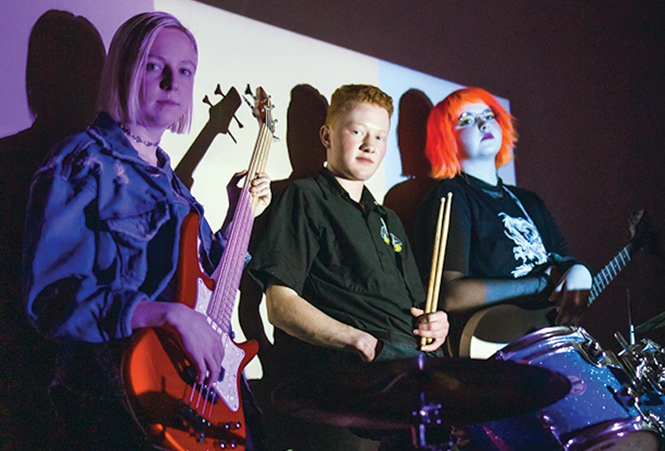 Aurhe Celebrates Princess Dress at Kilby Court
Ava Stone is one young powerhouse. City Weekly wrote about her project Aurhe briefly a few months ago, ahead of a show at Kilby Court that ended up getting canceled, and now she's coming back to the Kilby stage with a full album to share. The nine-track debut album Princess Dress is filled out most obviously by Stone's power pop and heavy rock influences but also by fellow band members Bryannon Burnham on bass and Ray Davis on drums—Stone shreds on the guitar. She boasts a fearless style, an unabashed loyalty to volume and sharp, kicking tempo that also finds her drawing constantly on themes of empowerment. On the power ballad title track she declares that bravery, with a "guitar in my hand and my heart in my throat," as she sings it. On "Summer Song" she earnestly crows that she believes in love, but on the following track, a "Love Song," she can't quite commit to singing a typical one—"I can't write you a love song, at least not one about romantic things / can't write you a ballad that'll bring you to your knees / 'oh baby don't go, oh I love you so, baby kiss me goodnight,' no the words don't feel right." Aurhe's impressive blend of early Fueled by Ramen-era emo and soaring, electric stadium rock riffs seems like a distinctive Gen Z interpretation of things that are technically bygone to her generation—but such is yielded by the passing of time. It doesn't hurt that Stone also feels like a Hayley Williams for the 2020s, with bright pink hair and tough attitude that instantly mark her as a classic pop punk princess. Don't miss Aurhe when they visit Kilby Court to show off Princess Dress on April 16. Doors are at 6 p.m., openers are TBA and tickets are $15. All COVID protocols from before April 10 will still be in place, including social distancing and mask requirements. Visit kilbycourt.com for more info.

Song of the Week: "Neon Skyline" by Andy Shauf
The other night, on one of the first warm evenings of the season, I had all my windows open as I chopped every green thing in my fridge for a spring-dedicated minestrone. There I was, letting some very played-out, reverb-soaked indie music wash over me, when it occurred to me that Andy Shauf is what I actually like to listen to in spring, when the weather is fine and I'm feeling misty. His way with a melodic guitar line and willingness to employ quirky keyboard or flute or what-have-you always makes him a pretty listen, suited for the prettiest of seasons. Shauf is also a wonderful storyteller. With the release of his 2016 album The Party, I fell for him and his literary way of delicately telling stories, from their most irreverent details to their most devastating conclusions. The Party had very many such conclusions, which made it particularly refreshing to see him engaging in his more playful, contented side with his 2020 album, Neon Skyline. Like The Party, the songs waltz (that's what his songs sound like, waltzes, or sometimes a foxtrot) between characters, their connections, pasts and presents. But on Neon Skyline's title track, Shauf's narrator is not an outsider lonely at a party, but a bar regular warmly greeting a friend, a bartender, a beer. Among the neons, memories of an ex are lightly remembered—just before that ex stumbles through the door in the next song's vignette. But before that ever happens, Shauf's just heading down the street to his neighborhood bar, waiting on a friend who also wants to "hold a lighter head." This opener—plus all the tales that tumble lovingly after—are a nightlife-tinted nostalgia hit like no other, and a hard but fond listen nowadays. Open your windows and put it on. CW