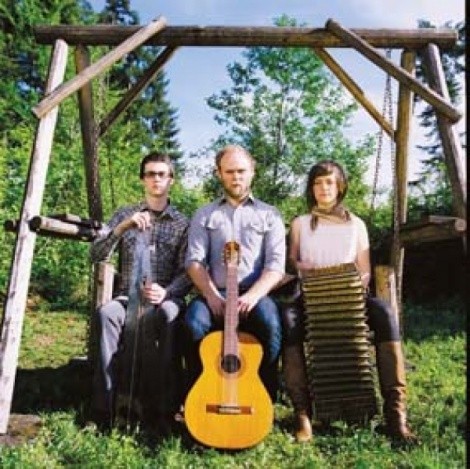 ADAM MARSLAND
If you see me wandering around Sam Weller’s, eyes closed, singing “At the bookstore!” in a blaring falsetto, blame Southern California’s Adam Marsland. His new 20-track album, Daylight Kissing Night, is full of catchy, dare I say, groovy, numbers with a wonderful pop, blues and ’70s soft-rock sensibility that, at times, bring to mind Matthew Sweet, Robert Cray and even Chicago (minus the horns). Clean as a whistle and ready for radio rotation, Daylight is based in solid, intelligent songwriting that gives the album great potential for a lasting shelf-life. Marsland has the chops—he’s a session player and sideman-about-town—to maintain a slow-and-steady career arc that’s just barely surfacing on mainstream radars. Check him out with his kickass Chaos Band—and feel free to sing along. Mo’s Neighborhood Grill, 358 S. West Temple, 8 p.m. All-ages. Info: 359-0586

WOMEN’S REDROCK MUSIC FESTIVAL
Didn’t make it down to last week’s Torrey Music Festival? Or maybe the experience inspired an irresistible, perhaps irrational desire to drop everything and move south? Either way, this weekend’s
Women’s Redrock Music Festival presents an equally worthwhile reason to grab some friends and carpool out of town. Now in its second year, WRMF aims to empower and support independent female musicians across the country by spotlighting their talents in a drop-dead gorgeous desert town. This year’s festival performers include featured artist Melissa Ferrick, Stacey Board Trio, Mary Tebbs, Lost By Reason, Leraine Horstmanshoff, and numerous other veterans and newcomers whose names might not get the recognition they deserve. Get acquainted, or reacquainted, with them at WRMF. Robber’s Roost Bookstore, 185 S. Main, Torrey. RedrockWomensFest.com

AMADAN
“Music for the revolution” doesn’t typically involve spoons, but in the hands of
Amadan’s capable crew, cutlery solos are downright subversive. The Corvallis-bred, Portland-based Celtic punk band’s expansive, rotating cast of rabble-rousers play their instruments with gusto, whether the song calls for equal parts fiddle and drums, or a collective roar based in mandolin, bass, guitar, penny whistle, and didgeridoo—not to mention soaring barroom choruses. Like their predecessors and/or contemporaries The Pogues, Dropkick Murphy’s, and even Bouncing Souls, Amadan embody the visceral punk experience—the sweat, the lumps to the head and sloppy group hugs, the fist pumps and tearful end-of-night ballads/odes to Dad.The Republican, 917 S. State, 9 p.m. Info: 595-1916

BEAR LAKE BLUES FESTIVAL
If you think about it, raspberries are the perfect complement to the blues. In fact, you just might make the same face savoring a tart berry as B.B. King does while playing Lucille. Bear Lake is legendary for its annual Raspberry Days, but less renowned is its musical component: nine hours of the top-notch American roots music by performers from Chicago to New Orleans and Los Angeles. This year’s lineup includes Kenny Neal and Billy Branch, Sherman Robertson, Gino Matteo, Dorothy “Miss Blues” Ellis, Carl Weathersby and Zora Young. Come on down. The water, drinks, berries and music, are fine. KOA Campground, 485 N. Bear Lake Rd, Garden City. BlindDogBluesFestivals.com

HORSE FEATHERS
Two years ago, Horse Feathers released Words Are Dead, a heartbreaking debut hailed by critics as a welcome addition to the new Americana canon. Their 2008 follow-up, House With No Home (Kill Rock Stars) is no less impressive. The 11-track LP reflects the trio’s continued commitment to elegant restraint. Justin Ringle (whose voice has a Will Oldham quality), Peter Broderick (Norfolk & Western, Dolorean, Loch Lomond) and Heather Broderick hold in high regard the spaces between each aching string, lonely piano and hushed vocal that lend added beauty to the haunting, somber collection of folk songs. It’s the kind of album that makes you hold your breath till you gasp, unexpectedly, because how could something so quiet deliver such a powerful rush to the head? Kilby Court, 741 S. 330 West, 7:30 p.m. All-ages. Tickets: 24Tix.com