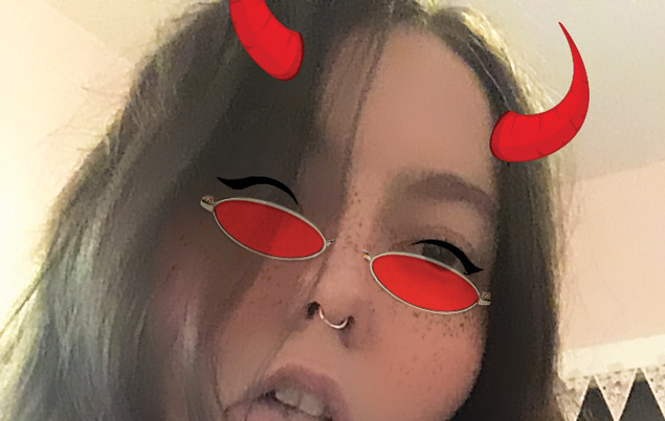 Katie Van Sleen's I Need The Money - Demos
One wouldn't expect demos recorded on an iPhone—in a mad-dash attempt to make the deadline for submissions to 2020's final HUM archive (and its prize money)—to come out sounding great. Even more so, one wouldn't expect those demos to form a cohesive album that serves as a poignant touchstone in an SLC artist's solo career. But that was the case for Katie Van Sleen's aptly named October 2020 release, I Need The Money - Demos. Van Sleen used to play with a band, Baby Pink, but since striking out on their own they've managed to somehow craft a more intricate style than was ever present with backing support. Their voice is impossibly soft on the opener "Mistaken Identity," a plaintive, remorseful song where the remorse is aimed at Van Sleen themself, and where scabbed-over regret is aimed at some undeserving ex. All over the album, Van Sleen's measured voice and simple acoustics display an introspective, emotional dig—all the discomfort and pain tagged and organized, laid out peacefully. The thoughtful songwriting yields stunning lyrical moments, like the climax of "I Knew It'd Never Work," whose lines draw vivid imagery: "the night I saw you with her at the Twilite Lounge, after dropping LSD / I was seeing gold stars around you, I was seeing them around me / then I went home all by myself, and I swore I was free." "Hard 2 Live" starts out with the pluckily delivered, "sorry I forgot which day you died" and "Quarantine Song" is chill-inducing in its whole, as Van Sleen recalls a friend's early demise and imagines following suit. From reflecting on the hurt of ex-lovers and the hurt they gave others, too ("Ode to a Man Who Hurts People"), to side-stepping into the playful ("Cowgirl's Lament") and finally to practicing hope and resilience ("Fine"), Van Sleen's thoughts, feelings and memories feel like the result of much tossing and turning. They also feel finely wrung out and rinsed, like rumpled clothes that come out cool and clean after going through an extra spin cycle. These songs quite simply cement Van Sleen as one of SLC's strongest songwriters—and they still need the money, so visit the album at kvsmusic.bandcamp.com

Demo Fest Features Locals Foaly, Petr Chubak
If it's last-minute 2020 giving that you seek, Demo Fest is the place to be. This Montreal, Québec-based fundraiser sprung up this year, seeking pledges from artists everywhere to submit demos to their Bandcamp for one mighty release, which happened on the Winter Solstice (Dec. 21) and which directs all proceeds from demos purchased to Solidarity Across Borders. The migrant justice network is based in Montreal, and focuses on supporting individuals and families confronting the many failures of the immigration and refugee systems in Canada, whose problems in many ways mirror those of the United States. Among the dozens of entries from all over North America, across just as many genres, SLC's talent is also in the mix thanks to contributions from Derek Wetenkamp of Choice Coin and Petr Chubak. foaly is the name of Wetenkamp's solo project, and though the residue of his work with the emo band is present on his five-song submission we're gonna do less and we're gonna do worse, it's also very much its own thing. While sticking to themes of anxiety typical of emo, Wetenkamp experiments with trap beats, crunchy looping guitar riffs, wry spoken-word lyrical delivery (except for on "in the field (blooming)," where spoken word is traded for screaming and glitchy roboticism) and even synth pop on "summer of '20." The demos benefit from the work of other musicians in Wetenkamp's circle, including locals like Eichlers and Spirit Prison. As for Chubak, it seems that besides putting on virtual "Instafests" in support of local venue The Beehive in the past few months, apparently he's been busy with this totally self-sufficient album, titled On the Road to Recovery. Chubak's main instruments are deftly-played acoustic guitar and an earnest, impassioned voice that makes him perfectly suited for a clean-cut take on folk-punk that rings with emo inclinations—cousins to Wetenkamp's. Both of these demo contributions are available on demofest.bandcamp.com, but the dizzyingly large, full digital collection is available for only $50 there, too. Whether you just want a place to send some money for a good cause or need to send a friend a late digital Christmas present, take a gander at Demo Fest and learn more at demo-fest.org 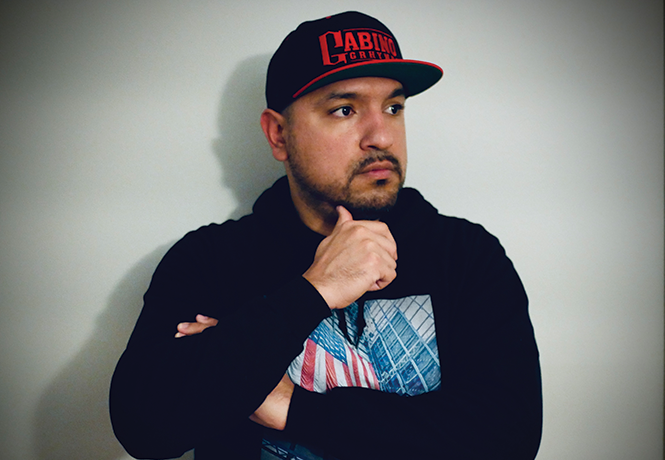 Gabino Ghrymes Releases Darvey Hent
In "Poetic Waltz" off of Utah rapper Gabino Grhymes's first album since 2012, Darvey Hent, he raps "Salt Lake City's my second home / Utah's on the map, but I'm not / so that's my main goal / resume is rap / not false stories and cheap gold." So goes the very geographic 17-song tale of his own journey in the rap world, by way of the earnest and ambitious Darvey Hent, released Dec. 18. It's colored throughout with the local likes of Fuego Skilz, Umang, gLife, Bobby B Life, Rebel Concept and more, making the lengthy work feel like a family reunion around the time-tested concept of classic hip hop, a slice-of-life production around Gabino Ghrymes's making of an album to contribute to that legacy. It's a fitting one, too, for an artist who co-hosts on KRCL's Friday Night Fallout show, and who's opened himself for the likes of Bone Thugz 'n' Harmony. The opening title track hooks with glittering production and snappy drum breaks, with plenty of room for Gabino's charismatic rapping. He sets up the image of himself as a two-faced character in homage to Batman's Harvey Dent, with lines like "nice guy, but my ugly side feels uncomfortable / apologies are minimal, know that / don't like me in the physical? Let's rap / Darvey is getting critical." The track flips halfway through to a different face, too, with the help of DJ Battleship, dropping the ritzy beat mix for a somewhat grimier one. Over the many tracks that follow this opener, Gabino says what he needs to say, via the rhymes he refers to over and over as his preferred refrain. "I'm livin' in my own sin / comfy in my own skin / give me a pen and pad and I'll get it in," he raps on "Maytag 2.0 (Remix)" which likens his style to the famously sturdy appliance. In it he identifies himself as both a subscriber to and a member of the hip hop classicists, brushing zillennial rap off his shoulder with references to the old meme of Gucci Gang and the still thriving popularity of Lil Nas X. He's clearly comfortable in his style, in his rhymes, and has plenty of support that makes these songs shine. Find the album at gabinoghrymesmusic.bandcamp.com and stream on Spotify.

Sammy Brue and Branson Anderson Close Out the Year
If there are two artists who could feasibly duke it out for the title of Americana Prince of Utah, it would be Branson Anderson and Sammy Brue. Though Brue has technically been on the local and national venue circuits for longer as our own folk wiz wunderkind, Anderson has made quick work of making a name for himself that's just as recognizable, thanks to his distinctive revival of a certain vintage style of singer-songwriting. If the two were going to do it—though they both seem to be so gentle-natured that it's unlikely any fisticuffs would be involved—they'd be able to when they share the stage to close out 2020 on New Year's Eve at Kilby Court. For all of us, this has been an unimaginable year, with almost every aspect of normal life turned upside down or at least into something different. What better way, then, to close out a year whose anchor was prayers for normalcy, than by revisiting a musical past via the music of these two rock 'n' roll traditionalists? Brue in particular has taken a turn from his strict folk and country leanings in the last year, with the altogether-more-daring album Crash Test Kid, which was released earlier this year. Anderson is still reaping the benefits of his second album, Applecor, Baltimore, which came out last year. Anderson's style is western wanderer all over, despite his reedy Bob Dylan-ish voice—and he, like Brue, has put it to work over the past few months at staggered live shows, and with an appearance on KUAA's new program Locally Made, Locally Played. The two will surely provide a good-spirited time for fans or new listeners alike. So head to Kilby Court for your New Years Eve—doors are at 6 p.m., and the show starts at 6:30 p.m. Tickets are $15 and masks are required for both performers and attendees. Find tickets and more info at sartainandsaunders.com 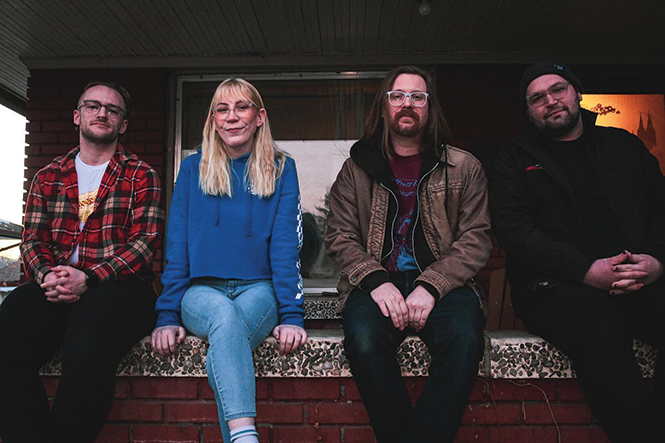 Home Leigh's Patio Furniture
SLC band Home Leigh's Oct. 2020 EP Patio Furniture shirks, curiously, the homeliness of the EP's title; opening track "Alaska" builds towards perfectly-balanced indie catharsis over a trim 5:41. Maybe crescendos are meant for endings, but the way the red-faced lament of "Alaska" goes, so grippingly, from a blush to a desperate cry opens things up perfectly for the rest of the album to follow. The instrumentals that color all the motion on that track are present in perfect indie-emo-rock form on the following track, "Crave," which rocks with the rhythm of a moving car when you're trying hard to fall asleep on a long drive home. There, and also on "Heavyweight," an almost mathy guitar carries things along with the reliable symmetry of a maple tree's falling samara. Closer "Sappy" kicks things up a little, opening jauntily into something of a louder, more spirited, more complex effort—which is quite the note to go out on, if you ask me. The album builds wonderfully on their sparer 2019 effort, Goth Daughter, with more lush production but also more teeth evident in every aspect of the instrumentals and vocals, with Brittney Townsend on guitars and keys, Lucas Cathey on guitars, Jory Reece on bass, Zach Reinhard on drums and all four pitching in for vocal duties—though Townsend's are the focal point. Recalling classic aughts indie emo acts like Now, Now, it's clear with Patio Furniture that Home Leigh are fans of that time and place in music, but also more than capable of reproducing the way it sonically leans into emotional weight. As they say, anyways, their songs are for "anyone who has ever had feelings." Find the album on Spotify or purchase it on homeleighslc.bandcamp.com