Deer Valley is Back with Indigo Girls, Busker Fest Pop-up at Jordan River Parkway, Joe Bonamassa at the Eccles!, and more. 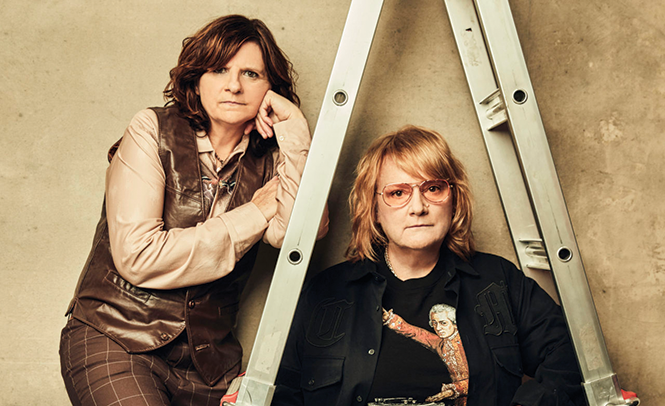 Deer Valley is Back with Indigo Girls
Marching forward with booking from the recently reopened The State Room, Deer Valley Resort will hear music once again this summer by way of The Indigo Girls, who were one of the many victims of the 2020 gap year of touring. The iconic folk-rock duo released their latest album, Look Long, in May 2020, and though unable to tour it for obvious reasons, made the most of the times and did a series of weekly live-streamed concerts online which benefitted charities, and also featured song requests and Q&A sessions. Finally, though, they're able to play their songs live and in-person as God intended, and they'll be hitting Deer Valley Amphitheater on Aug. 14. Tickets went on local pre-sale June 3, and public pre-sale June 4, so there's no guarantee that there will still be tix around press time, especially considering that the Nathaniel Rateliff date for Aug. 20 is already sold out. Consider that a warning to check for tickets as soon as you see this, and here's hoping for fans that those Indigo Girl tickets are still available for all who want to go. Tickets range from $55 to $325 and are on sale now. Find them and more info by visiting thestateroompresents.com/deer-valley.

Busker Fest Pop-up at Jordan River Parkway
In case you missed the Salt Lake City Busker Fest event earlier this month, you have time to catch some street performances again, albeit this time in less street than ... parkway. The Jordan River Parkway, to be exact. While the Busker Fest typically brings live musicians of all sorts to the streets of SLC for pedestrians to stumble on, enjoy and maybe even tip, this event finds the street musicians wending their way out closer to the suburbs. This event in particular, probably because of its peaceful and quiet location, will highlight acoustic musicians. The featured musicians will be "nestled into the nooks and crannies" of the Jordan River Parkway, which for anyone who's ever walked the long parkway should be an exciting and telling description for what this stroll in particular will be like. Centered around the International Peace Gardens, this special version of the Busker Fest kicks off on Thursday, June 17 at 6 p.m., and concludes at 9 p.m. The event is free to all the public, and is a great introduction to the Buskers Fest and the general busking community in SLC if you haven't encountered them before. Follow @slcbuskerfest on Instagram to keep up with more of their summer events. 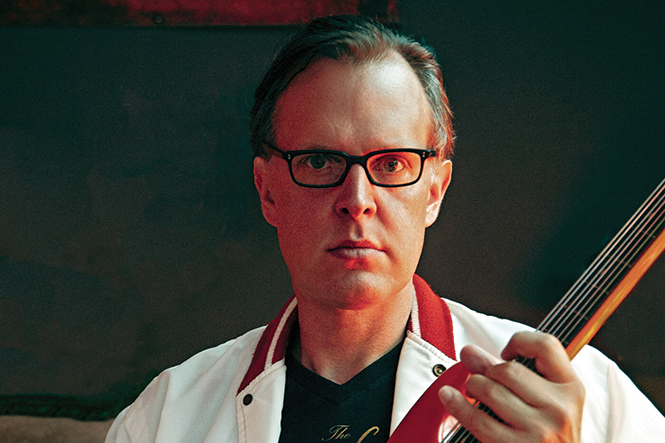 Joe Bonamassa at the Eccles!
It feels somewhat silly to be committing music picks to events that are this far out, but as I've noticed in the short time since shows began getting announced again, these shows sell fast. So here are some late summer Eccles Theater dates for you. On Aug. 12, Live! at the Eccles presents guitarist extraordinaire, Joe Bonamassa, an aficionado of vintage guitars and their beautiful sounds; even if he weren't a well-known musician in his own right, he'd still be well-known as a world-class guitar collector. He'll be backed by the likes of Anton Fig (Late Night with David Letterman), Reese Wynans (a Rock & Roll Hall of Fame member and former member of Stevie Ray Vaughn and Double Trouble's bands), Michael Rhodes (Of Nashville fame and Musicians Hall of Fame alike), Paulie Cerra and Lee Thornburg. That show starts at 8 p.m., with tickets ranging from $69 to $249. Following that date is Little Big Town, a country supergroup that's been chugging along together for the last 24 years. They'll be touring on the heels of their late 2020 album Nightfall, with support from country pop solo artist Caitlyn Smith, and stopping at the Eccles on Sept.10 and 11 for a two-night stay. Both of those shows are at 8 p.m. and tickets range from $25 - $139 both nights. Get more info and all tickets at live-at-the-eccles.com.

Red Butte Concert Series Releases 2021 Dates
Have you had enough of big concert-date announcements? If so, too bad, because we've got even more. Red Butte Concert Series is back again this summer, and boy is it going to be a loud and busy summer up at the Garden. Things kick off at the end of July, with a double threat in Jason Isbell and the 400 Unit, plus Lucinda Williams, on July 30. Isbell, like many, released a new album during the awful year of 2020, so for fans this is finally a time to hear the album, Reunions, played live. Williams, too, released Good Souls Better Angels in 2020, and also has a 2021 album on the horizon, which fans can probably hope to hear some songs from. Tickets for this show were on sale early, and at press time are sold out. However, the rest of the stacked slate is still available, as at press time tickets were not on sale for the later dates. It's a diverse and varied set of artists, as usual for Red Butte, but feels a little bit more so this time around. August alone finds Drive-By Truckers with Cha Wa (August 1), Mat Kearney (Aug. 4), Travis Tritt (Aug. 6), Wilco, Sleater-Kinney and Nnamdï (Aug. 8), 38 Special (Aug. 10), Dee Dee Bridgewater and The Memphis Soulphony and Meshell Ndegeocello (Aug. 15), Galactic featuring Anjelika "Jelly" Joseph, and Dumpstaphunk (Aug. 16), Watchouse (Aug. 19), Blind Boys of Alabama and North Mississippi Allstars (Aug. 22), Counting Crows (Aug. 26) and Neko Case (Aug. 29). September has a million more—we'll save those for later because we're out of space. Visit redbuttegarden.org/concerts for more info on when tickets launch.

Song of the Week: "Pink Light" by MUNA
While the band MUNA has a deeply infectious pop track that I've loved for a while, I haven't dug into the album it lives in—2019's Saves The World—until recently. The catchy pop track is called "Number One Fan," and it's a wry self-love track where lead singer Katie Gavin rolls her eyes at any sense of doom she feels. The rest of the album is less defiant, exploring themes of heartbreak and despondency and hard-won faith that things will get better. "Pink Light" rides the tails of the untrue prophecy of the preceding track, "Never," where after heartbreak, Gavin swears to never love again, or to sing. But sing she does on "Pink Light," where she describes "a pink light in my apartment / it comes mid-morning as a reminder / that at the right time, in the right surroundings / I will be lovely, but I can't help thinking ..." That trailed off thought is that maybe if the ex-love had stayed to see that pink light, they'd have known that loveliness too. "Pink Light" feels like the opposite of rose-colored glasses, a flushed hue that comes only after the rosy light is gone and you're left with a certain loneliness, and the charge of singleness that is to just keep loving yourself anyways. The rest of the album contains these same kinds of deep emotional dives, plus big, beautiful pop production that references everything from early Avril Lavigne emo-ness to late 20-teens EDM. Find it wherever you stream.