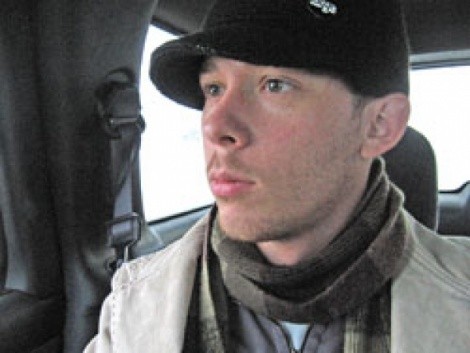 MURDERBALL BASH
Those unfamiliar with Murderball might assume the name refers to some sort of morbid gathering perhaps celebrating the exploits of Charles Manson or Ted Bundy. In this case, however, Murderball refers to the Sundance documentary exploring the world of paraplegics who play full-contact rugby. The movie inspired many local wheelchair-bound athletes to join Utah Scorpions, a team that’s every bit as fierce as—if not more so than—those whose players compete on two legs. Of course, talent and heart are not enough to keep the Scorpions afloat. Tonight’s fund-raising concert, featuring Labcoat, Dub Life Sound System, The Madalas and Folia Khan, will help offset cost of equipment and other expenses necessary to stay on top. Visit UtahScorpions.com to get in on the action. Club Vegas, 445 S. 400 West, 8 p.m. Info: 364-83447

THE ENGLISH BEAT
The English Beat haven’t been reduced to playing Reno’s second-tier casinos and strip clubs, but the ’80s ska masters will take requests from the audience—a service most big names would never consider. Better still, for each shout out, Dave Wakeling & Co. expect fans to toss up cash money. Now, now. Put away the ones. Each donation goes directly to Smile Train, a nonprofit organization focused on raising funds for children who need surgery on cleft lips and palates. As of Oct. 6, The Beat raised more than $16,000 (or 70 operations). Whether you want to hear something obscure or just a little “Mirror in the Bathroom,” know that tonight’s rendition supports a great cause. The Depot, 400 W. South Temple, 7 p.m. Tickets: DepotSLC.com

JOIN THE MOB TOUR
Mob Zombie could take Rob Zombie—in an emcee battle. The Las Vegas hip-hop Zombie crew has a killer flow that trumps anything metal/horror auteur Zombie could rhyme on a dime. Of course, Mob Zombie claim horror films as a powerful muse, so they’d probably rather make nice with the intense bearded one. See where they stand tonight when they hit town with Kazi (known for his work with Madlib), Cancerous One, DJ Theory and local artists Mindstate (go Call the Cops already!), The Knoitalls and Linus protege DJ Chassis, a resident DJ at Bogey’s and Rumors, and one of Utah’s few female artists putting it to the ones and twos. As Mob Zombie says, “If you can’t eat ‘em, join ‘em.” Brewskis, 244 25th Street, Ogden, 9 p.m. Info: 801-394-1713

Saturday 11.17
NITE LITE
Hard to believe, but apparently local DJ Jesse Walker (formerly of Just Wanna Dance with Nick James) had enough time on his hands to launch Nite Lite, a straightforward return to contemporary house music with an emphasis on futuristic sounds. Like JWD, Nite Lite encourages positive energy, and if that seems cheesy to you, consider how nice it might be to shake it without any pressure to be cool/hip/hot. Walker’s guest this month is Matthew Bandy, a Kentucky native turned Colorado resident widely celebrated for his smooth deephouse grooves. Bandy is currently touring in support of his latest contribution to Swank’s lifestyle series, a chill mix produced with both house fanatics and casual listeners in mind. Get down to-nite. W Lounge, 358 S. Temple, 10 p.m. Info: 359-0637

Monday 11.19
TIERNEY SUTTON BAND
Time and again, concert promoters bill Tierney Sutton as a solo act, overlooking (perhaps unwittingly) her nearly ever-present collaborators. It’s understandable—with her flawless skin and endless goldilocks, Sutton sure takes a nice headshot. But the acclaimed jazz vocalist has been recording and performing with Ray Brinker, Christian Jacob, Trey Henry and Kevin Axt for going on 14 years, so it seems more appropriate to announce their appearance as the Tierney Sutton Band. Maybe we’re mincing words. Decide for yourself when the group effort unfolds in all its subtle beauty tonight. , 150 W. 500 South, 7:30 p.m. Tickets: 278-0411

Tuesday 11.20
MC FRONTALOT
The label “nerdcore” is nearing its expiration date. Like “freak folk” the once-apt description is becoming an overused blanket term for unconventional artists whose material is much more than a passing fad. To wit, MC Frontalot’s clear, witty rhymes go toe-to-toe with those of traditional emcees, only instead of bitches and SUVs, this Brooklyn rapper drops lines about goth girls and TIFFs. And when he hits it, he hits “L shift-O to the quote and then dollar.” Holla! Burt’s Tiki Lounge, 726 S. State, 10 p.m. Tickets: SmithsTix.com