Kilby Court Benefit Shows
Venues, like most other businesses in Utah, are still being left to figure out how to support themselves during this year-altering pandemic, and so indoor shows are now happening once more. Beloved all-ages spot Kilby Court is one of these venues that has started re-opening out of necessity, and which is also hosting a number of benefit shows this month to support the venue. But, anyone who's been to the venue for all things local and DIY also knows that it's one of the friendlier places you could happen upon during the pandemic, with its open courtyard and garage-like stage area, which is usually drafty with its open doors. Folks who miss idling by the toasty fire outside, strolling through the merch shed and enjoying the particular fall spirit only Kilby has will be glad to see a stacked lineup of benefit shows throughout the rest of October—with many familiar names who were, in pre-pandemic times, regulars at the venue. The shows are extremely limited capacity, which shouldn't be much of a shift for anyone used to going to smaller-time locals shows there anyways. Coming up on the 15th is the already sold-out show featuring The Moss, followed by some still-available dates. Kipper Snack plays on Oct. 15, Future Mystic on Oct. 22, Dad Bod on Oct. 23, MSKING on Oct. 24, The Fervors on Oct. 30 and Little Moon on Oct 31. All Kilby Benefit shows start at 7 p.m. and cost $15. Visit sartainandsaunders.com for ticketing info.

The Beehive Returns, Too
666 State Street is burning up for new action lately, too, and are making the move to start hosting shows indoors again this Friday, Oct. 16 with the help of hosts 801 Green Tree, a local artists collective that has roots in the local hip hop scene (and some of the more killer folks in it, too). The venue will adhere to all social distance guidelines, and cap the show at 40 people, which is how many their space will allow considering social distancing guidelines, with masks being a must. They're also splitting the entertainment into two duplicate nights, so that more folks can see more or less the same show. Night one is on Friday Oct. 16, featuring a whole lot of slick tunes by local rappers, like the laid back, dreamy productions of Kyle G. There's also Benjamin Major, who just released a woozy track with YoungNothing to follow up his promising 2019 record Warm Winds, Summer Nights Pt. II, and Blacc E, who just dropped his newest work via the solid EP Target Practice in August. The second show on Saturday will include an appearance by Coblin, another member of the scene with a somewhat grittier stance to his raps and beats. The only anomaly in the rap lineup both nights is Will Cassity, whose acoustics scream the shrugging, good-natured melancholy like Ben Folds Five at their most '90s. Though he's markedly different than his companions for these evenings out at The Beehive, he's still got something worth seeing. Doors are at 7 p.m. each night, and $5 ticket proceeds all go to The Beehive after months of the venue's inactivity. Visit facebook.com/801GreenTree for more event info.

Zac Ivie and Lord Vox Headline Urban Backyard Shows
There's a powerful storm of local talent headed to this weekend's round of Urban Lounge backyard shows. Friday, Oct. 16 will kick off with the talented local pillar of the rap scene, Zac Ivie, for an otherwise stacked night of talent sponsored by Get it Write Records, Amulet Beard and Itz What You Wear. Ivie will be supported by T-Mental, Glocco and The Real Kool-Aid for this second of Ivie's recent performances at the Urban Lounge since an appearance back in August with several other notable local rappers. Friday's talent will be followed up on Saturday, Oct. 17 by an equally indisputable genre night—this time rock—with headliners Lord Vox supported by one of SLC's oldest rock bands, Red Bennies, as well as the soft grooves of Umbels. This summer, Red Bennies frontman David Payne opened his home's rooftop up to local bands, shows which included recent appearances by both Lord Vox and Umbels alike. Whether you choose Friday evening's underground rap roster or the trifecta of local rock bands, there's something good for lovers of either scene this weekend. Interested parties should keep in mind that only household groups of two or four can snag tickets for the seated event, and that masks must be worn at all times when parties are not in their assigned seats. Each show is $10, and tickets and more info on protocol can be found at sartainandsaunders.com. 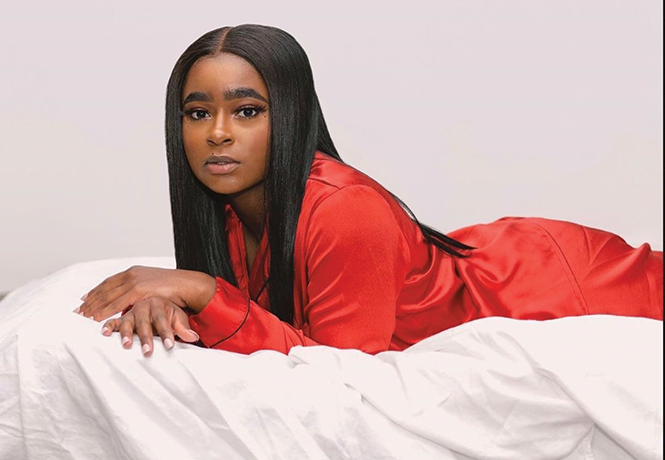 Slap Lake City Presents Ladies of the Lake
Among the many venues now heading back to business as usual, or mostly usual, is Soundwell, and they've been working the indoor model through September. This Thursday, Oct. 15 finds Soundwell hosting an ambitious affair curated by DJ Juggy, the mastermind behind the Slap Lake City rap and hip hop showcase nights that were just gaining steam before the pandemic hit. This time around, Juggy and Soundwell are playing host to all the marvelous ladies of the SLC scene, with a stacked lineup of local talent for a night being dubbed Ladies of the Lake. One of those featured artists will be Courtney Kelly, who recently dropped her album TNDR in August, and hosted a masked-up release event of her own at Lakehouse Studios to celebrate it. She'll be joined by the varied sounds of Em Garcia, Esther Reina, Freida, Honey, Ludovica, Secret of Mana, Nevaeh, Pho3nix Child, SayD, Sonialoxo and Spitfire. They'll find a host in the equally talented local rapper Icky Rogers, who will guide the night through the long list of performers. Masks and table reservations are a must, of course, with the latter being extra important seeing as how the other Slap Lake events so far this pandemic season have quickly sold out. While the show is nearly at capacity reservation-wise at press time (it's a very limited capacity), folks interested in this or future Slap Lake events can keep up with @djjuggy on Instagram for more info on getting into the show.

12 Minutes Max and Drumming Classes via SLCPL
It's important to remember the kids when talking about all things music here in Salt Lake—and luckily, the Salt Lake Public Library hasn't forgotten that. On top of this month's special 12 Minutes Max live stream, featuring a "pops" and daughter duo, the library has been offering online music classes for children of all ages, too. Hello Music is their class aimed at younger students aged four through seven, and serves as an introductory course to learning the basics of music, with the next class coming up on Thursday, Oct. 15 at 10 a.m. Their other class for slightly older children is Hello Music Drumming, which is a drums-focused class aimed at children ages seven and up, with the next class coming up on Tuesday, Oct. 20 at 3 p.m. While live streamed, these videos are available to watch anytime between the air date and Nov. 8. The benefits of one's child learning music will be on full display on Sunday, Oct. 18, when the 2 p.m. stream of 12 Minutes Max airs to show the work of library employee and event organizer Jason Rabb and his child Vie Rabb, performing together as their band Child Rabbit. While the adult Rabb plays in the chamber garage act it foot, it ears, the seven-year old young Rabb is a composer and violinist in her own right. The pair and their music will accompany the work of fellow 12 Minutes Max artists, both of whom bring films to the stream. Ching-I Chang, will screen her film Home: Creature, featuring her collaged drawings and music made by her grandfather Eldar Baruch, while Arthur Veenema will screen his end-of-the-world themed film Tomorrow's Shores. Catch all this programming at events.slcpl.org.